This is my first question here. I have used the forum extensively in the past and it has been an incredibly useful resource, but this time I am stuck with an issue I cannot resolve. Here is a brief description. I have a map showing:

I then create 3km buffer circles around the points from the third layer. Now, here is what i would like to do:

I'm using QGIS 2.16.3. Please let me know if anything is unclear and I will clarify.

See this extract as example where i added some of the values i would like to see returned, thinking that this would be the best way to build the heatmap in the final step, but if i'm going down the wrong path, let me know. 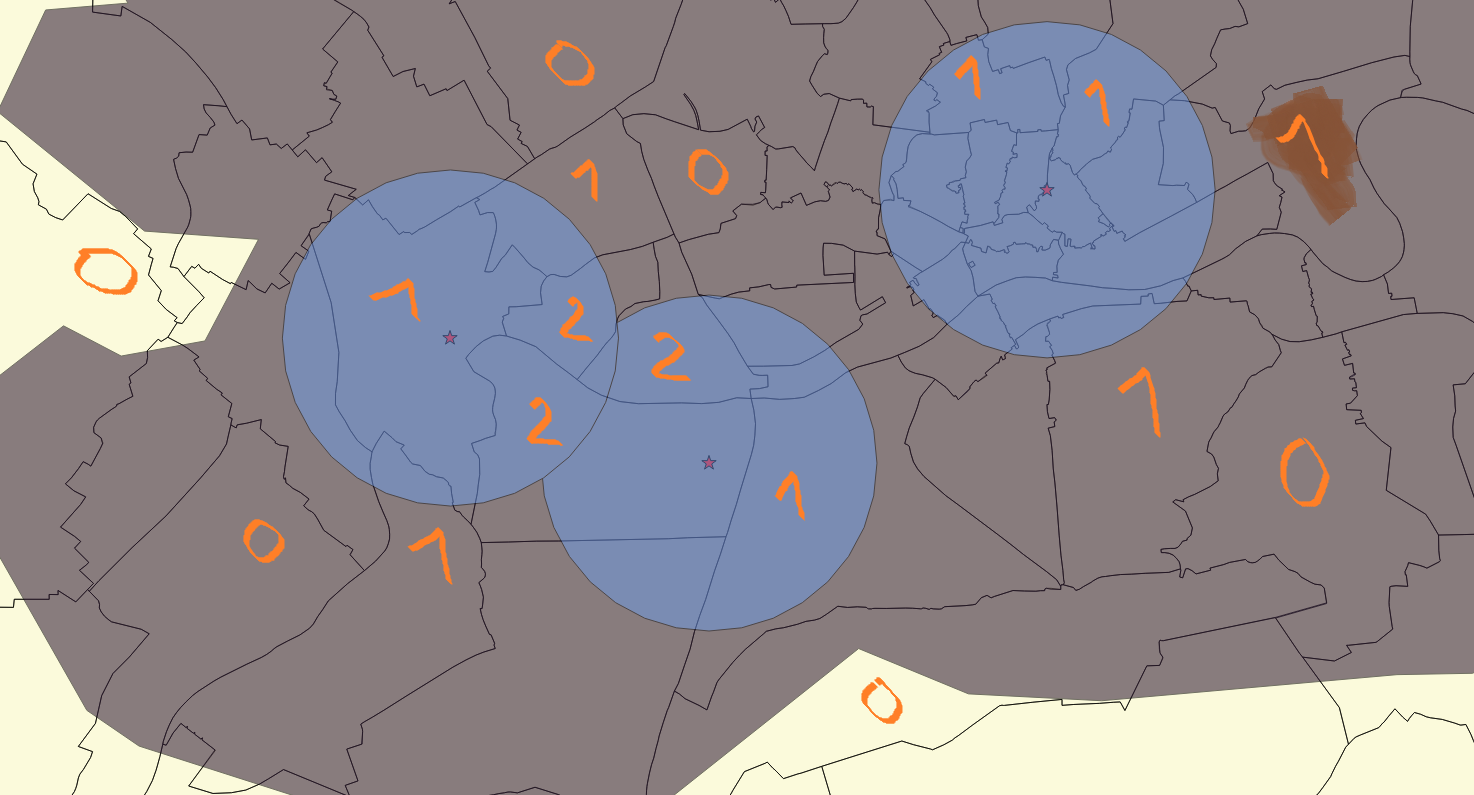 Now to create the heatmap, either through the style properties, or something more permanent 'Raster > Heatmap > Heatmap' to create a new layer.

Not the answer you're looking for? Browse other questions tagged qgis buffer heat-map or ask your own question.

3
Count the number of buffers intersecting with zip code polygons

34
Creating polyline-based “heatmap” from GPS tracks?
10
Creating Human Trafficking Heatmap in QGIS?
1
Workarounds for heatmap plugin in QGIS?
2
Creating a heatmap from vector grid and point layer with QGIS
0
CSVLayer doesn't show HeatMap in Angular 6
4
Make biodiversity heatmap in QGIS out of polygons and not points
3
Which buildings have access to nature where more than 50% of the nature area is closer than 3km?
1
Creating buffer zones that fill area of postcode