How to separate nodes that are common to more than one polygon in QGIS?

I have a polygon layer which I want to edit its shape. To do so, I have to edit its nodes. 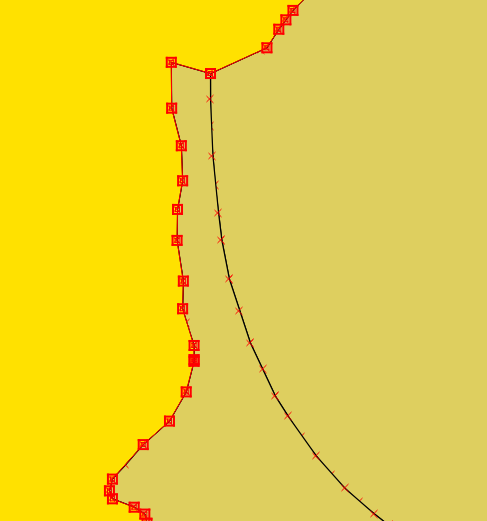 The problem is that some of this nodes are shared by more than a polygon, and when I move the nodes, the two polygons move together.

In some cases this would be great, because it helps keeping boundaries together, but in this case it is not what I want: I want to create a blank space in between.

I've tried some workarounds that worked, but are time-consuming and not elegant at all:

Is there an option to avoid the nodes being common to more than one polygon (something maybe like split nodes, or split polygons)?

You have disabled topological editing in snap panel?

Not the answer you're looking for? Browse other questions tagged qgis polygon vertices or ask your own question.

12
using shapely: translating between Polygons and MultiPolygons
4
Move shared vertices together
2
polygon/polyline digitizing techniques for geological data
5
Snapping multiple nodes of a polygon to the nodes of a line?
5
Scaling more than 1000 polygons in QGIS
2
Automated islands within polygons in QGIS
2
How to create space buffer between touching boundary polygon
3
Adding vertices along adjacent polygon vertices in QGIS