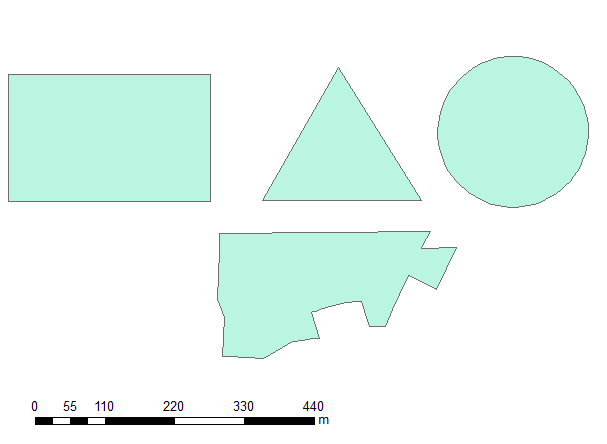 And ran this script:

Can anybody help me to understand the result?

I modified the code:

to check actual shapes. When working with geometries it would be expected that the first part of a single part polygon would be identical to the polygon itself.

This is an overlay of input and outputs and you can see where mismatch happened - at the corners: 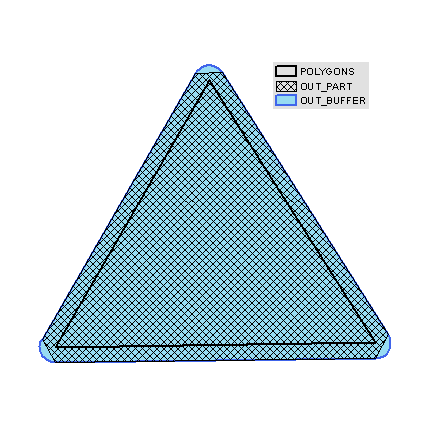 Something sinister is happening inside arcpy.Polygon, it simplifies the shape using some sort of 'logic' handling true curves.

This buffer issue is a part of a bigger job, where I have to deal with potentially multi-part polygons. The workaround I am using is explosion of buffer to single parts, using arcgis tool. It works, but ridiculously slow due to number of iterations. Why on earth the abc of geometry handling is not working?

Well, as it happens, after posting I realised I shouldn't be bothered with parts of the buffer, because label point of polygon is placed inside larger part of multipart polygon.

The sinister behaviour is not occurring at arcpy.Polygon as suggested by @FelixIP, it is occuring at the getPart() bit of code. I tweaked your code and ran it on a dataset with just a triangle. I had set the coordinate system to be British National Grid when I had created it.

Zooming into one corner of the buffer of the triangle in edit mode we can see many vertices: 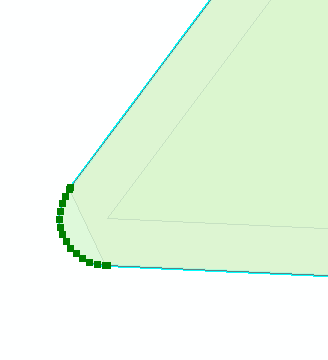 Infact there are 42 vertices for the whole geometry. My adjusted code reading the output of the getPart() returns only 11. 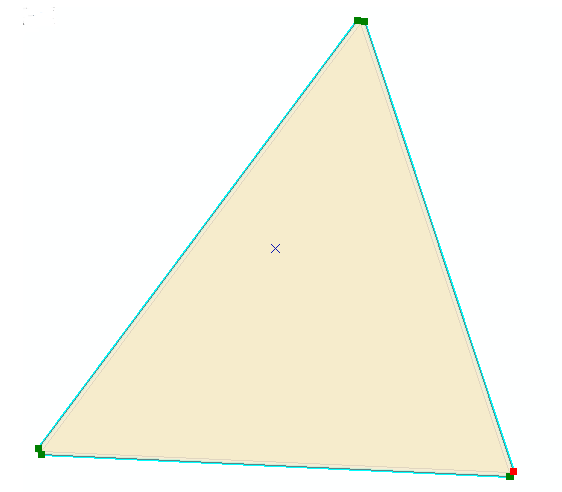 So the bug is occuring when the getPart() is called to return the Array of Points.

Instead of using getPart(), you can use WKT on the buffered polygon itself. It's not the exact shape of the buffer (due to approximating the 3 true curves on the triangle with 15 vertices each), but it's quite close. From the help:

And here's the output:

Based on comment below from @faith_dur, the way to go is esri JSON!

Not the answer you're looking for? Browse other questions tagged arcpy buffer or ask your own question.