I am trying to write code to parse the NMEA strings coming from survey-grade RTK/GNSS receivers. The requirements I have are to calculate the 3DRMS (distance RMS at 97.5% probability), VRMS (vertical RMS) and HRMS (horizontal RMS) values (amongst others).

Going by this article, I've been able to find a formula to derive the 3DRMS value from the GST NMEA message:

where dx is Latitude error and dy is Longitude error.

So, for example, if the GST message string is:

However, I'm struggling to find a definition or formula to calculate the VRMS and HRMS values, and therefore which NMEA strings I need to parse to calulate them.

I've found that the companion apps for several of the receivers display these, for example Eos Tools Pro displays them when used with the Arrow 200 receiver.

I've also found a PhD thesis which contains some equations, but I'm having trouble understanding how to abstract them into a generic formula. However, it looks like PDOP is involve, so I would assume I need to parse the GSA message in addition to the GST.

Where can I find the relevant formulas or how to calculate these values?

I've arrived at the following solutions based on the formuale in this page: 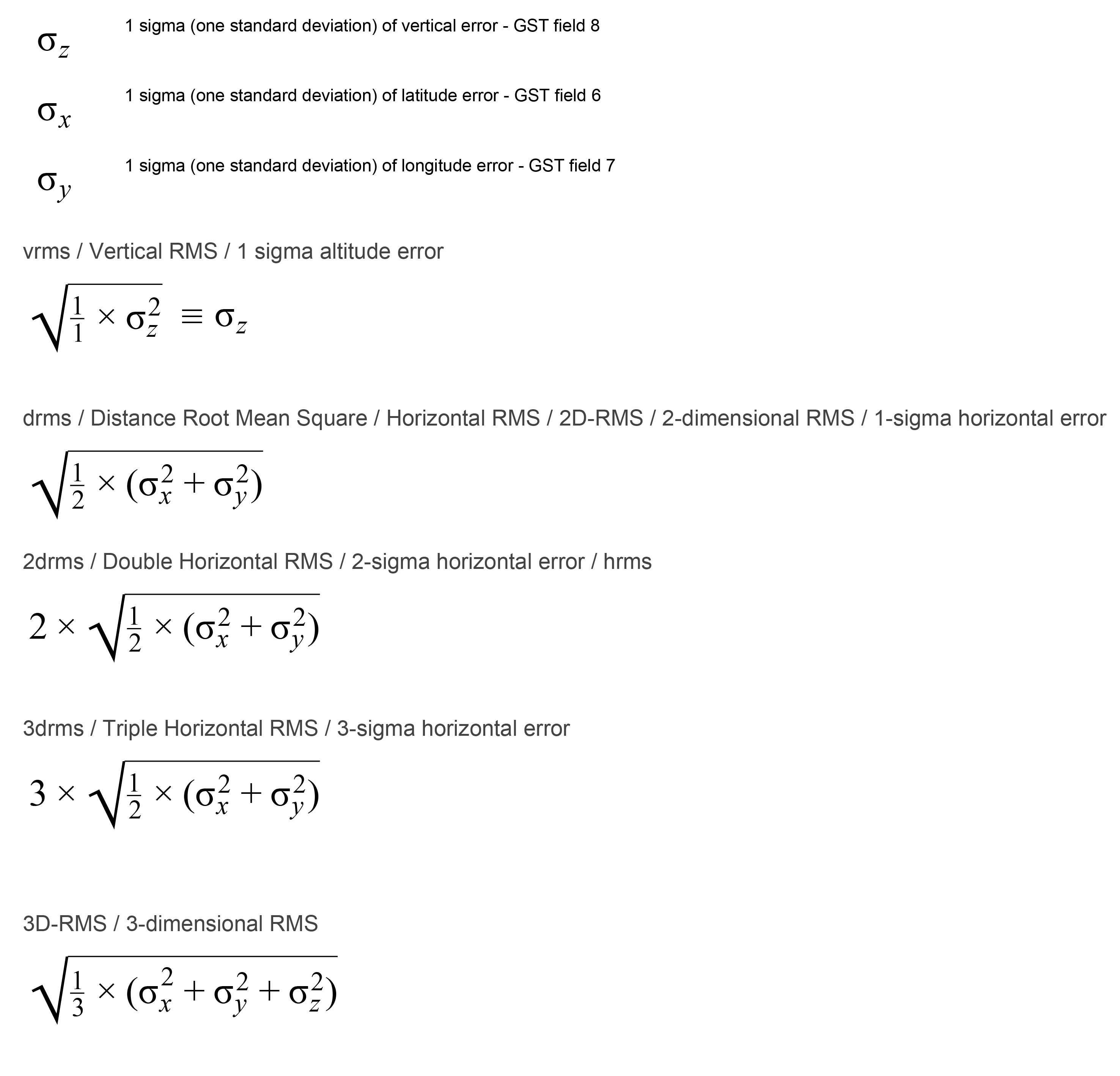 My original calculation of the 3DRMS was wrong because the RMS should take the arithmetic mean of the squares.

My conclusion is that :

Not the answer you're looking for? Browse other questions tagged gps nmea or ask your own question.

2
how to calculate RMS 2D and RMS 1D, using python?
7
What does 'Course Made Good' in NMEA string mean?
0
NMEA sentences-PADCH,PAGCD
1
Estimating accuracy from raw NMEA data
3
Postprocessing with NMEA-data if no rinex-data is available
0
Convert shapefile data to NMEA - simulate NMEA positions from shape data