Creating arrows based on GPS velocities to show displacement

I am having trouble creating symbology in ArcGIS that can show velocity arrows of GPS stations. I have a point file with location information, velocity and direction of each GPS station. I want to create a map similar to the image I have attached. The size of the arrows stay the same but the length changes based on the velocity. See below. 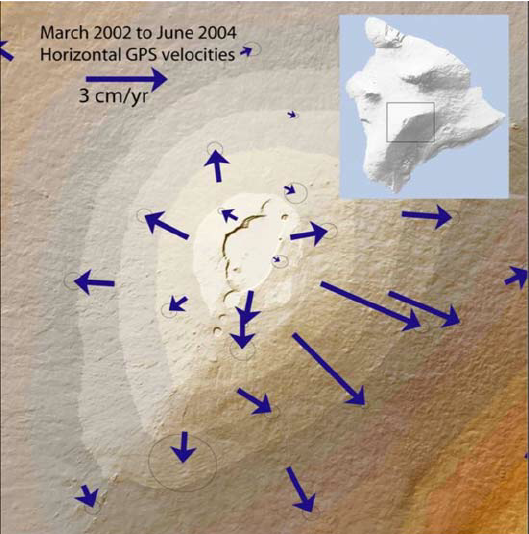 My first instinct was to use graduated symbols however that just scales the arrows and does not stretch them.

I think your best bet is presenting data by lines.

Making sure your bearings expressed in degrees, counter clockwise from East 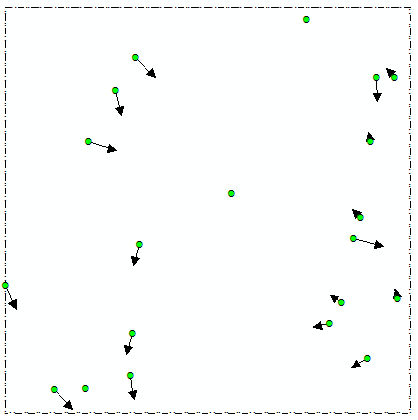 You might want to play with scale factor. Note it is tested on shapefile, if it is not the case start editing session on lines before running expression.

A couple of people reported ERROR 000539 when using suggested expression. Vey likely reason is large buffer around original point, resulting in buffer overlaps. If you are using build-in ArcGIS tool to convert buffers to lines it might result in lines made of 2 vertices: 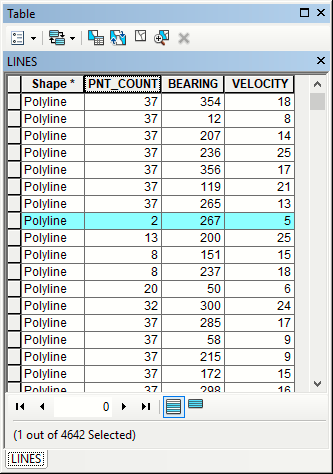 FelixIP has provided quite an elegant solution. A more simple alternative would be: 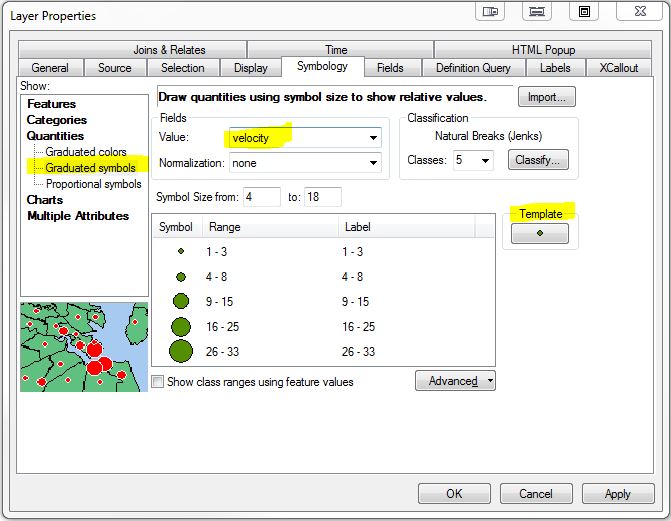 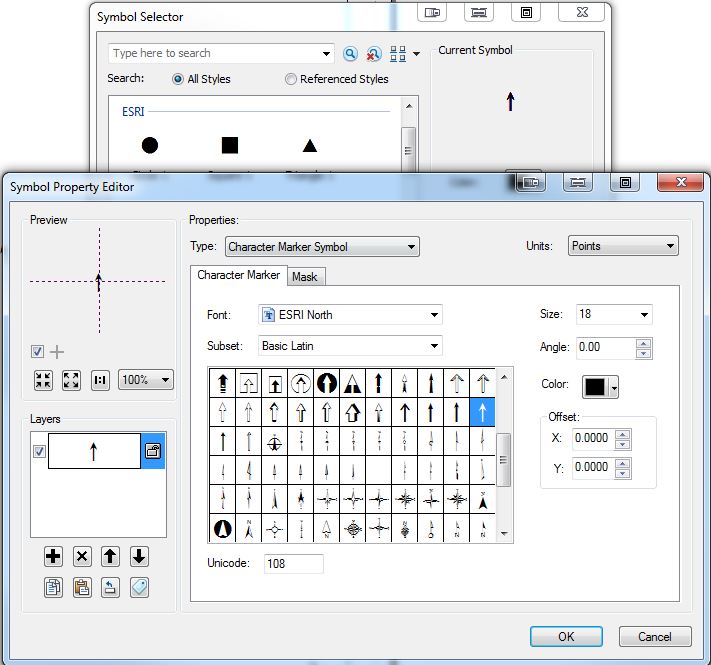 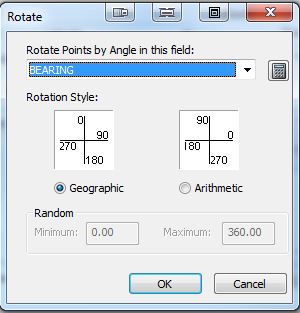 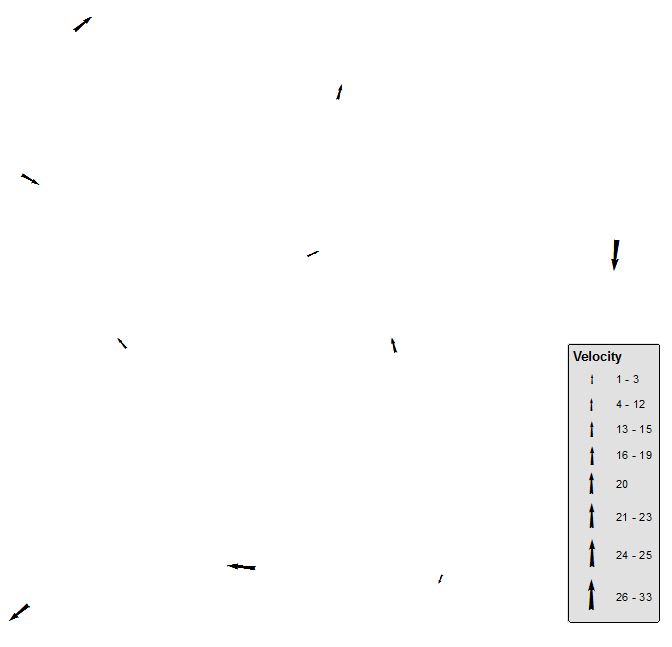 Not the answer you're looking for? Browse other questions tagged arcgis-desktop symbology gps or ask your own question.