Data stuck in arc seconds after being reprojected to UTM

I am working with world soil drainage data from the Harmonized World Soil Database v 1.2. The data started as an ascii file with no spatial reference and a resolution of 0.080595956, 0.080595956 Arc seconds, I later converted it to a raster file for ease of use.

After converting it to a raster I then defined the projection of the data into WGS_1984_World_Mercator as the data encompassed the world and I figured that's probably what the data was originally projected on (the original projection was not in the meta data).

When I checked the source data the projection changed but the cell size appears to still be in Arc seconds: 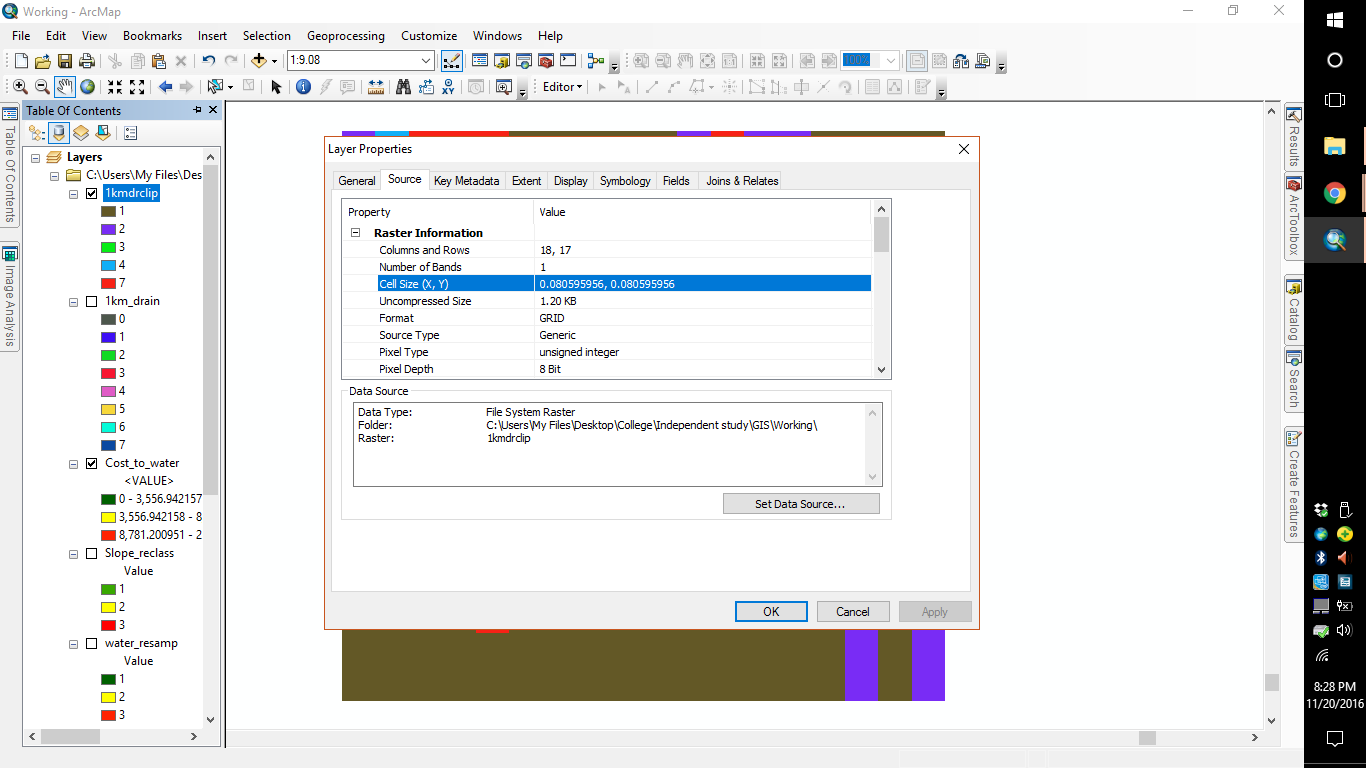 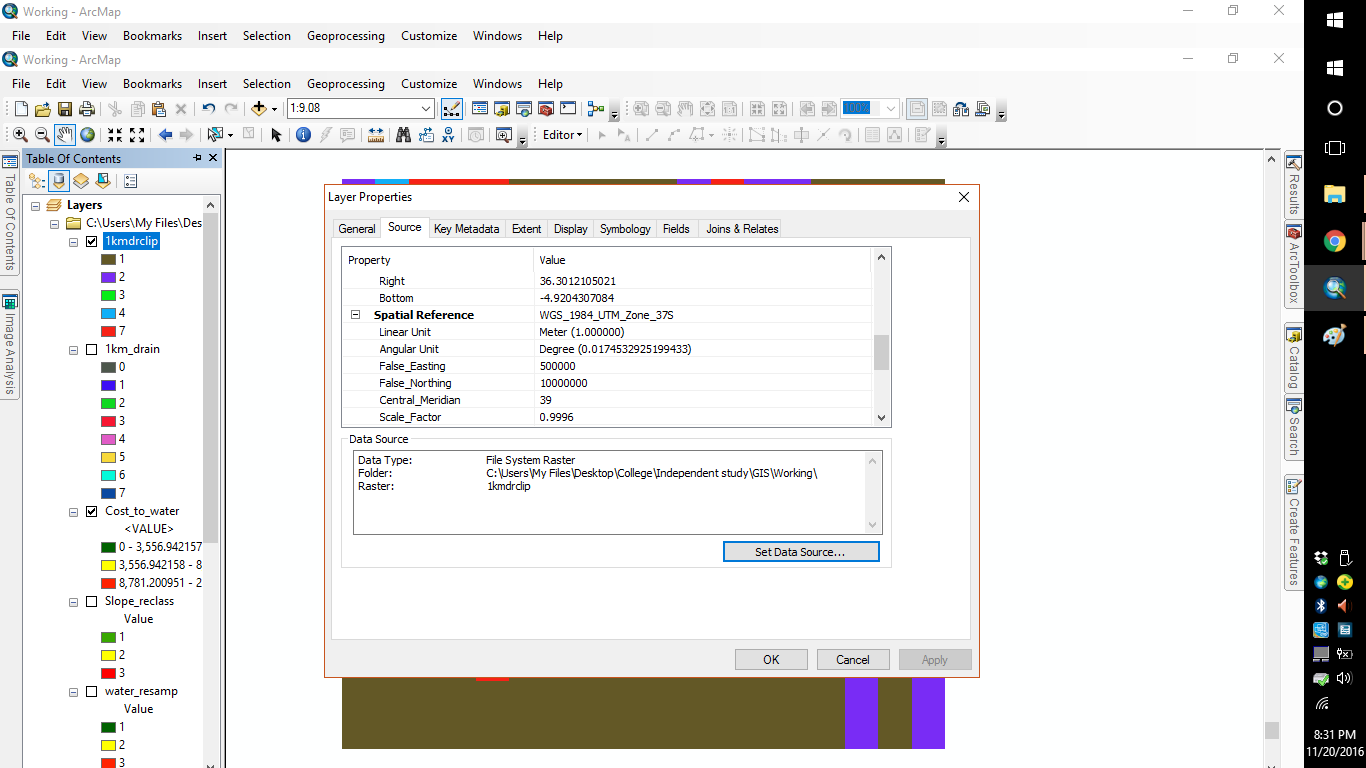 I want the cell size units to be in meters. So far I have tried reprojecting and defining the data to make sure it wasn't an arc map error.

I also tried to reset the display units and the coordinates system from the data frame properties window. If you have any idea of what is causing this problem or have a solution let me know.

Have you tried using the Image Analysis Window?

Start a new data frame, and ensure the projection is set to the one you want for your workspace. Add the datasets you wish to use and then reproject the raster in question.

Once you have re-projected your raster, use the Image Analysis window to clip out the area of interest. You can save/export your raster from here. Make sure when you export to check the datum/ resolution/ data type/ etc.

The Image Analysis Window is very powerful - It will process everything as a temp file, so if you close ArcMap you will lose any outputs/functions that were not exported. So if you work in the IA Window, make sure to export your final outputs before saving and closing your MXD.

Here's a link for more info on the IA Window.

Not the answer you're looking for? Browse other questions tagged arcgis-desktop coordinate-system esri-ascii-raster or ask your own question.