I want to translate the polygon in this shapefile (PMNM_py.shp, http://sanctuaries.noaa.gov/library/imast/pmnm_py.zip) from its initial position (NW of Hawaii) to central Europa to give somebody living in Europa an idea of the massive scale of this marine sanctuary using QGIS.

I can move it via editing mode/view->select features/edit->move feature(s) to its new position but I don't see the shape getting distorted (This should happen because I move the poly to another location in the same projection).

What am i doing wrong?

translating/moving features was the wrong concept for comparing the size of geographic areas with each other on one static map. I solved it with using costum CRS (azimuthal orthographic) for different layers. one for the basemap and the shape of the sanctuary (center of projecion = centroid of sanctuary) and one for the map of europa (center of projecion = city of zurich). important for this case was to dissable 'on the fly' CRS transformation in the project properties. 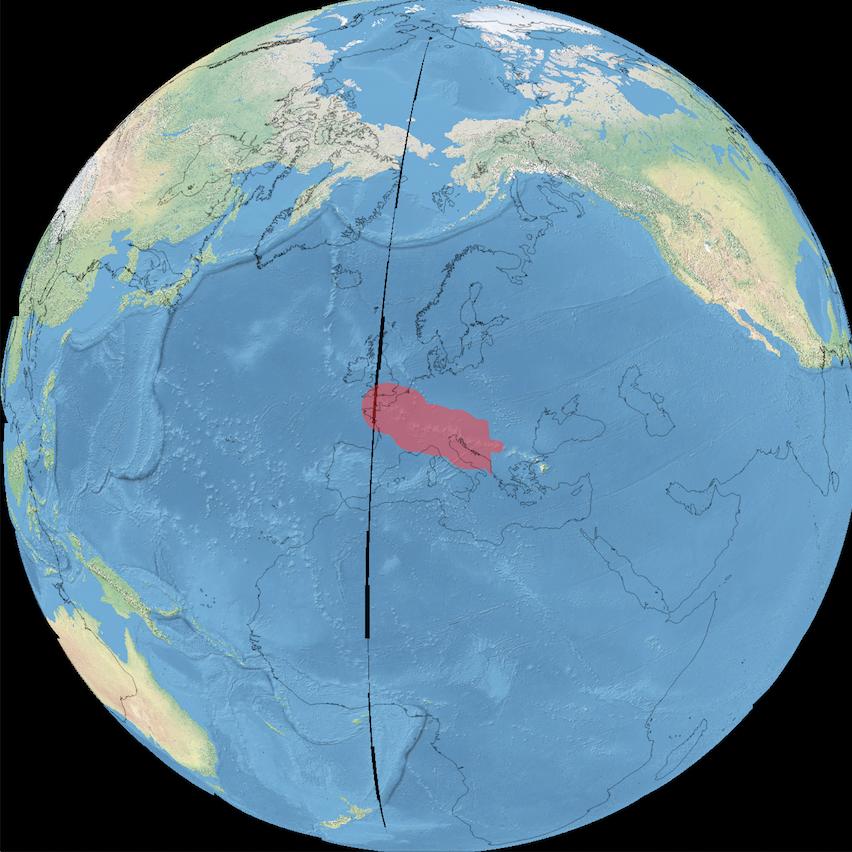 Not the answer you're looking for? Browse other questions tagged qgis coordinate-system translation or ask your own question.

1
QGIS GPS position after entering attributes
12
Losing polygons after projecting map in QGIS
4
QGIS display does not reflect projection
2
Change projection didn't change position in a vector shape in qgis
3
CRS does not match after upgrade to QGIS 2.2
6
Can I adjust the position of individual qgis labels?
2
QGIS 2.14 does not work after installation
4
Resizing rectangle by dragging one side and retaining all right angles using QGIS
0
NetCDF - QGIS does not recognize projection