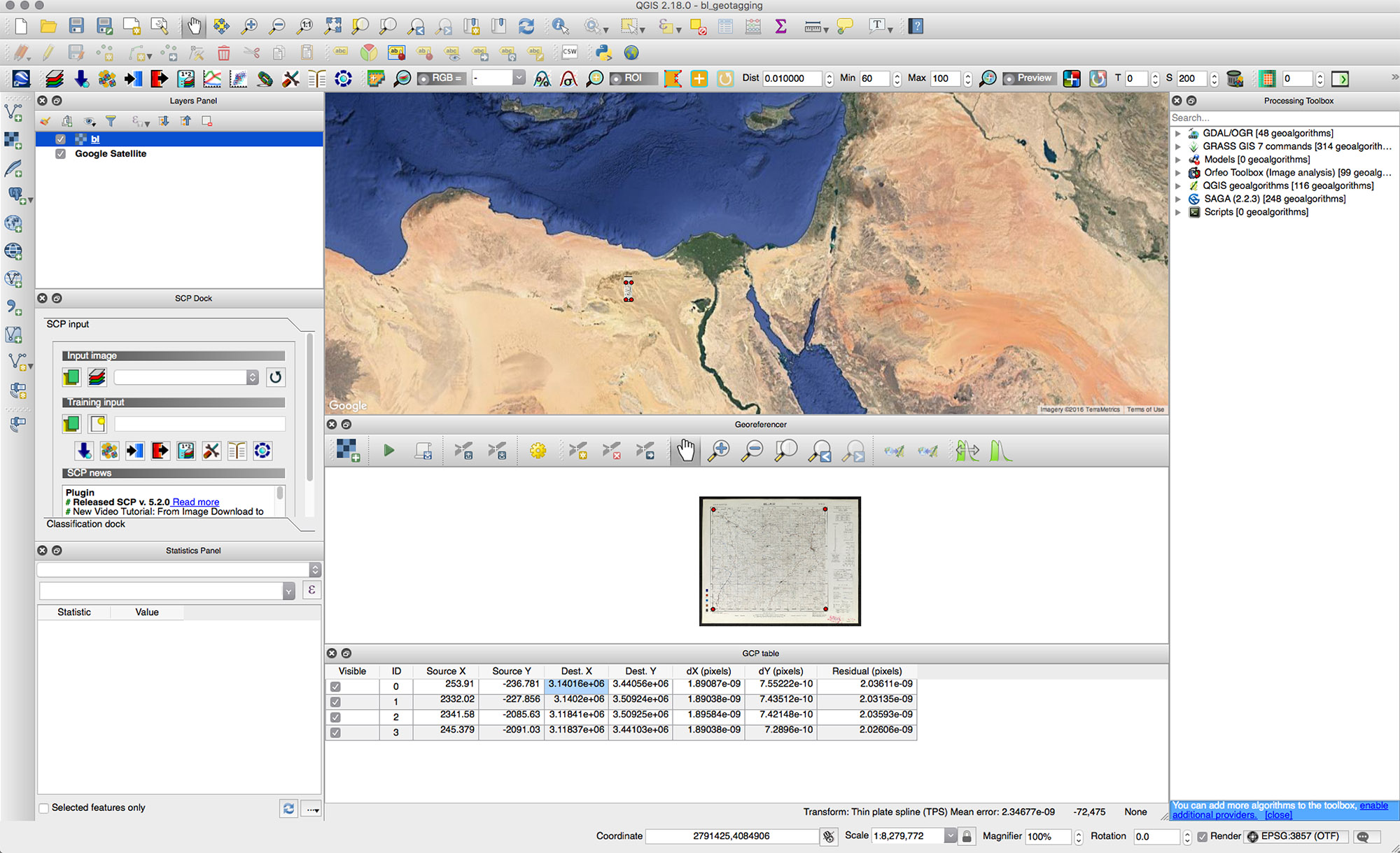 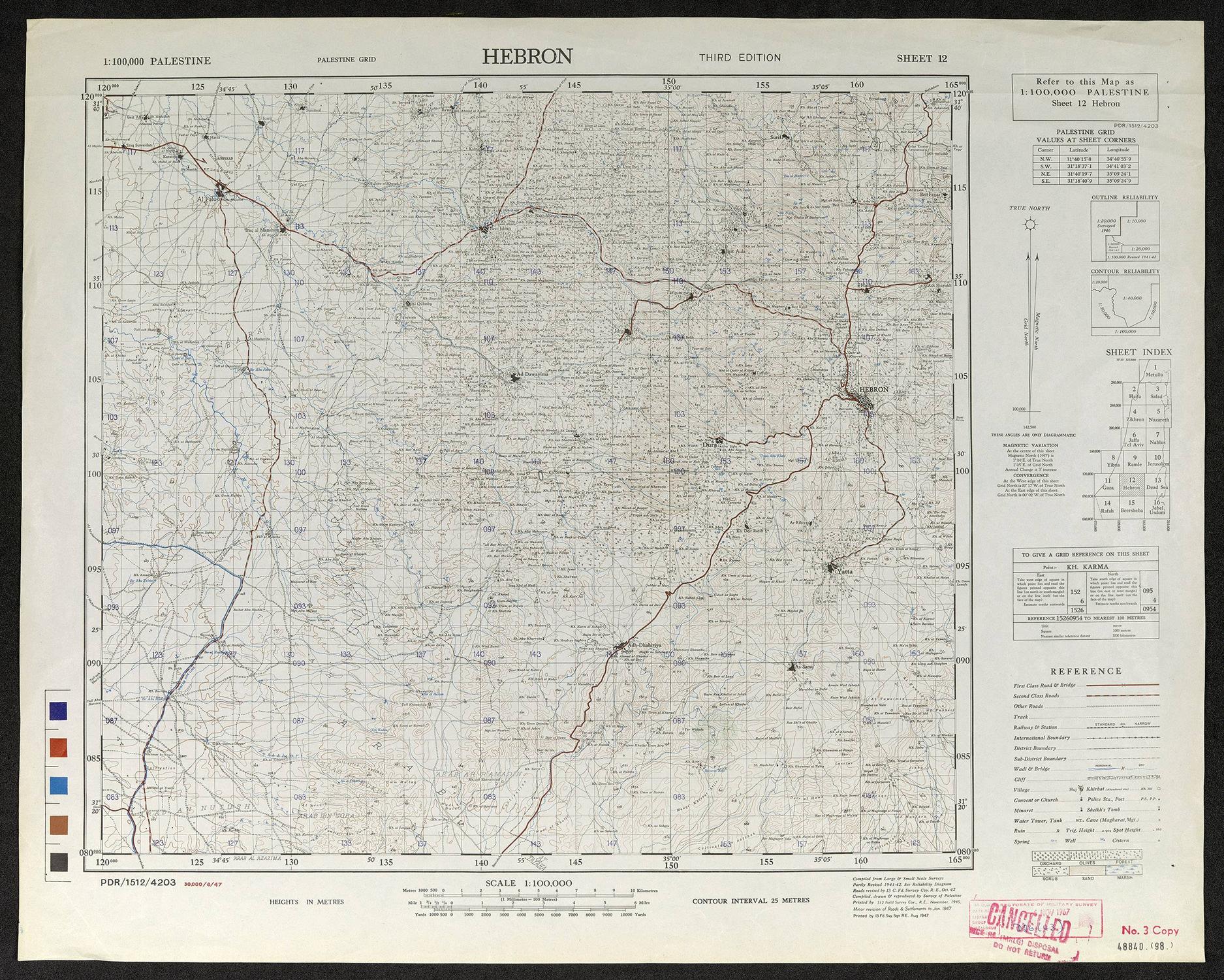 I'm using the georeferencer to try and reference a British army map of Palestine. I want it to later be added on Google earth.

I'm pretty sure it should be Palestine grid 1923 the map ends up appearing distorted in all sorts of places around the Middle East but not in Palestine.

What projection information do I need to input in the georeferencer? I'm currently entering palestine grid when inputing the map into the georeferencer. I'm adding the points according to the info on the legend on the right side of the map. exporting to WGS 84 / Pseudo Mercator

I would go with EPSG:4326 and use the lat/lon values provided for the corners and along the outer grid.

Not the answer you're looking for? Browse other questions tagged georeferencing israel palestine or ask your own question.