Over the weekend something appears to have changed with the way Google Earth's historical imagery is displayed.

Previously if I set the slider to e.g. 1970 then most of the map would be blurry brown and as I moved the slider forward in time very obvious blocks would appear over areas where there was a satellite image.

Now some sort of overlay seems to appear over the top of the actual satellite images, completely obscuring them. This overlay will disappear and reveal the satellite images if you zoom in far enough, seems to be around 50% of the zoom bar.

There is one overlay per year and the date on all of them is December 31st of whatever year they relate to. The copyright on the overlays all seem to be "Landsat/Copernicus", which is different to the actual satellite images. The slider bar for changing the date of the image/s you are seeing also changes as you zoom in/out to reflect either the satellite images or the overlays.

Below is an image showing what I used to see, blocky satellite images with brown fuzzy areas where there was no image to show (top right and mid left): 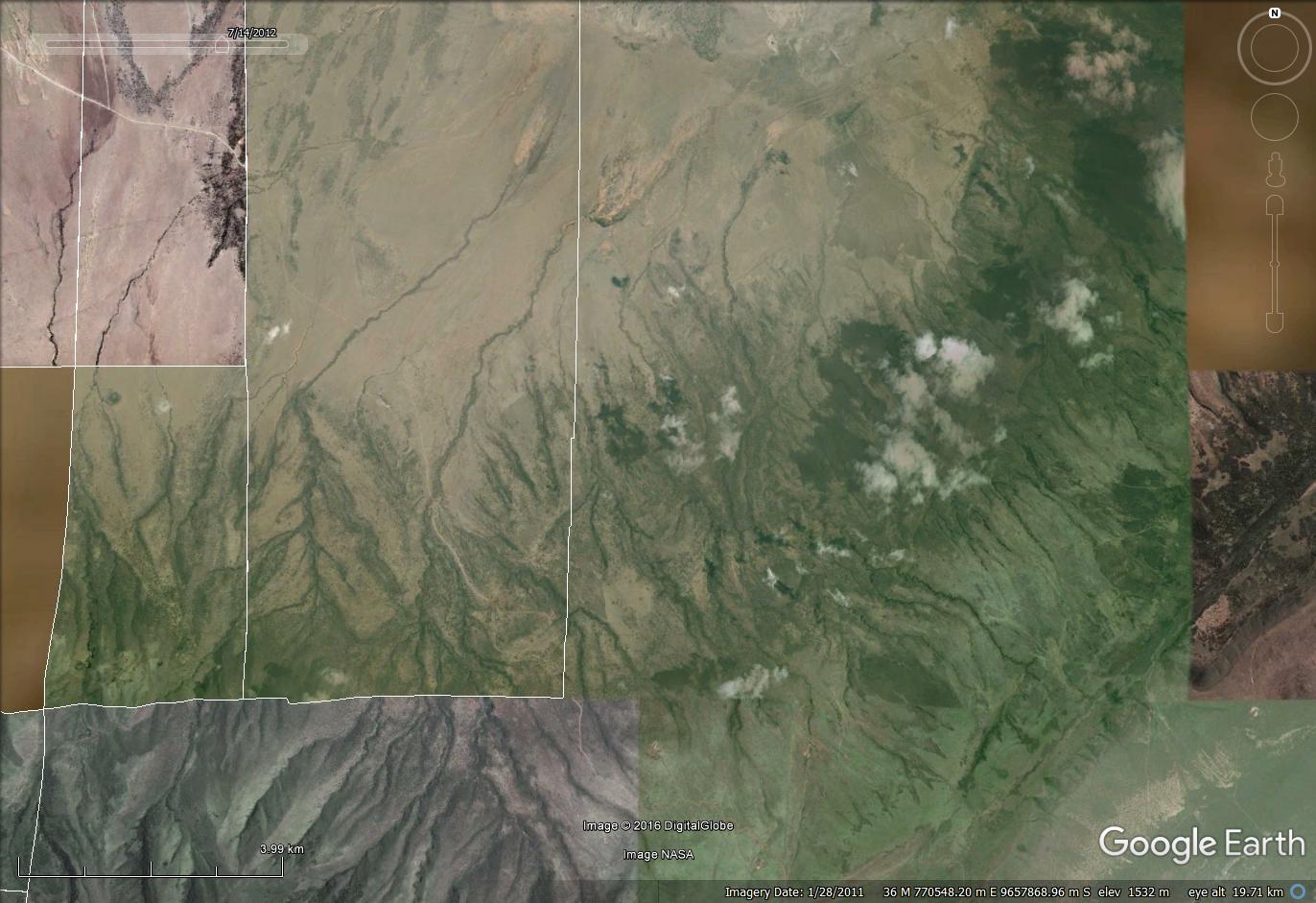 And here is an image where I have zoomed out 1 step. The blocky images are gone to be replaced by some kind of overlay: 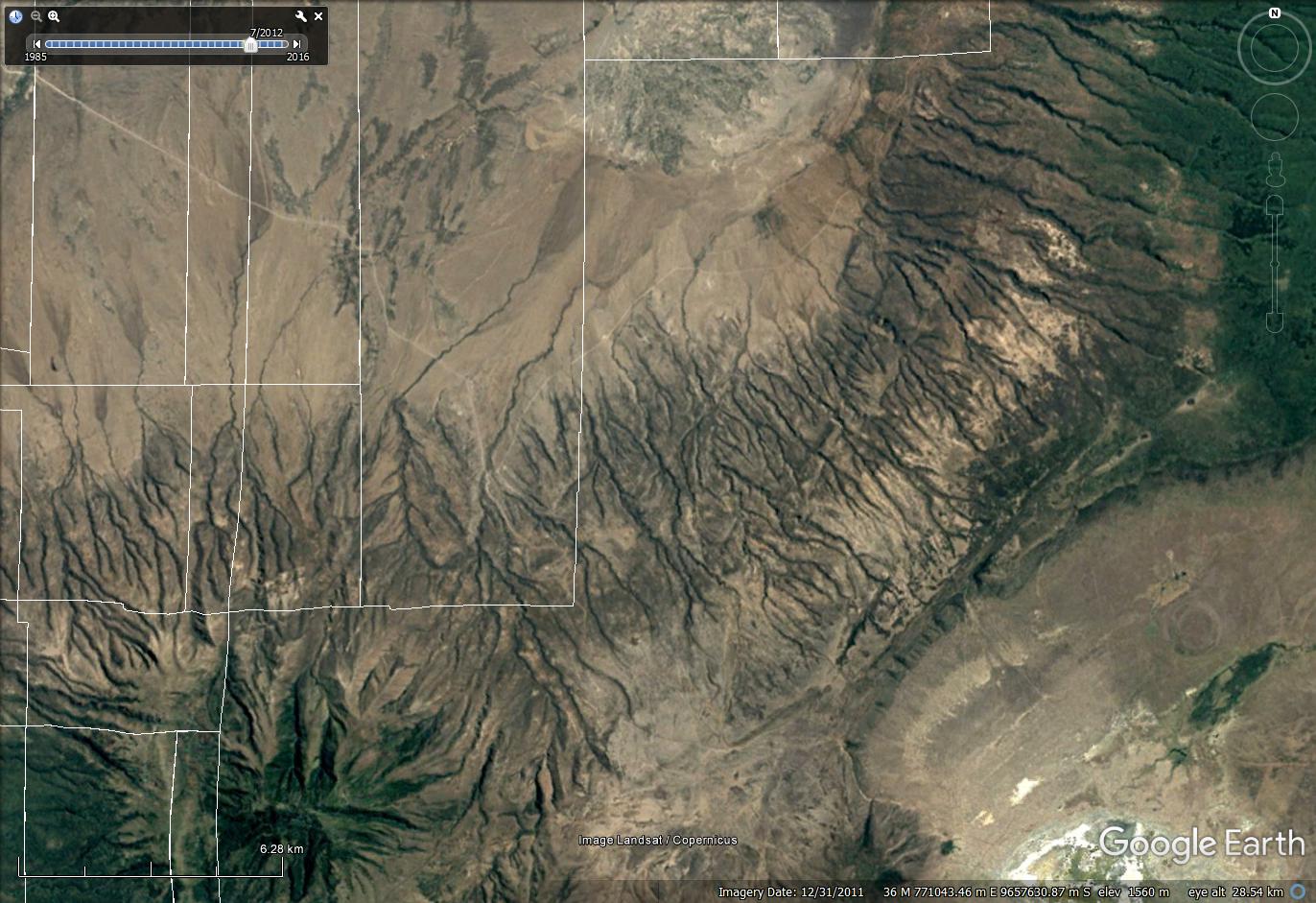 This change basically makes it impossible for me to continue working as I have been. Does anyone know what has caused it (Google Earth updating itself?) and how I can disable it? I have looked through all the options in Google Earth and tried googling the problem too but with no luck.

Having a similar problem in the UK. I think they've just added a load more historical Landsat/Copernicus dated layers. In your case I guess that means it's displaying whatever "improved" imagery it can at your scales. In my case it means that scrolling back through time on sites where before I had 1-2m resolution aerial imagery of maybe 10 dates I now have an extra 20-30 sets of useless pixelated satellite imagery to skip through before I find dated aerial imagery again. Would be nice to be able to filter historical imagery by resolution.

In the example below, the northern half of the image is aerial the same imagery and has coverage over the southern half. But because satellite imagery is available for the southern half, I get this. Skipping one step back in date moves to full aerial coverage again. It's just lots of extra clicks and loading time to find the imagery that's useful. 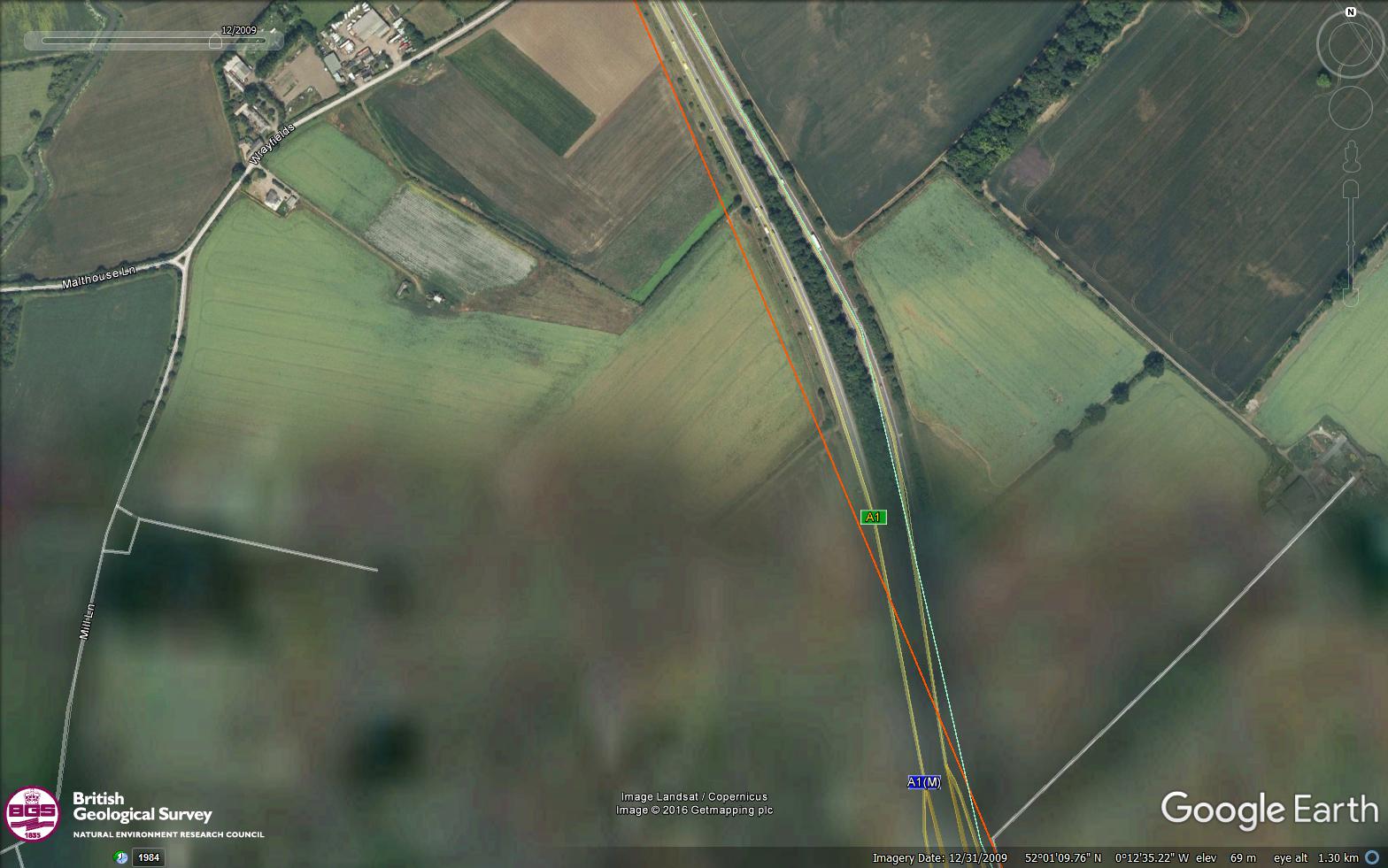 The problem only seems to happen in Google Earth Pro - I've reverted to Google Earth and everything is fine. The new Google Earth doesn;t have historical imagery - lets just hope they don't force than on us

Not the answer you're looking for? Browse other questions tagged google-earth landsat digitalglobe or ask your own question.