How to create river polygon from border's polylines?

I got hydrography data where rivers are represented by polylines of their borders : 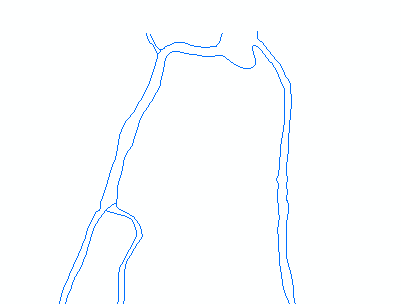 I would like to symbolize these rivers with blue filled polygons, so I want to convert into a polygon layer. Does anyone have an idea of how to do it?

In the feature class attributes, there's only the name of the river in common between both borders. Polylines are not closed as the image above, so a simple Feature To Polygon doesn't work.

You need to edit the ends of the polylines so that they are closed. Then, you can run the Feature to Polygon tool and it should give you the result you are looking for.

This script, from Geonet.esri, connected the Line Dangles. You need to set the Search Tolerance in the script before running. Connecting Discontinuous Line Segments 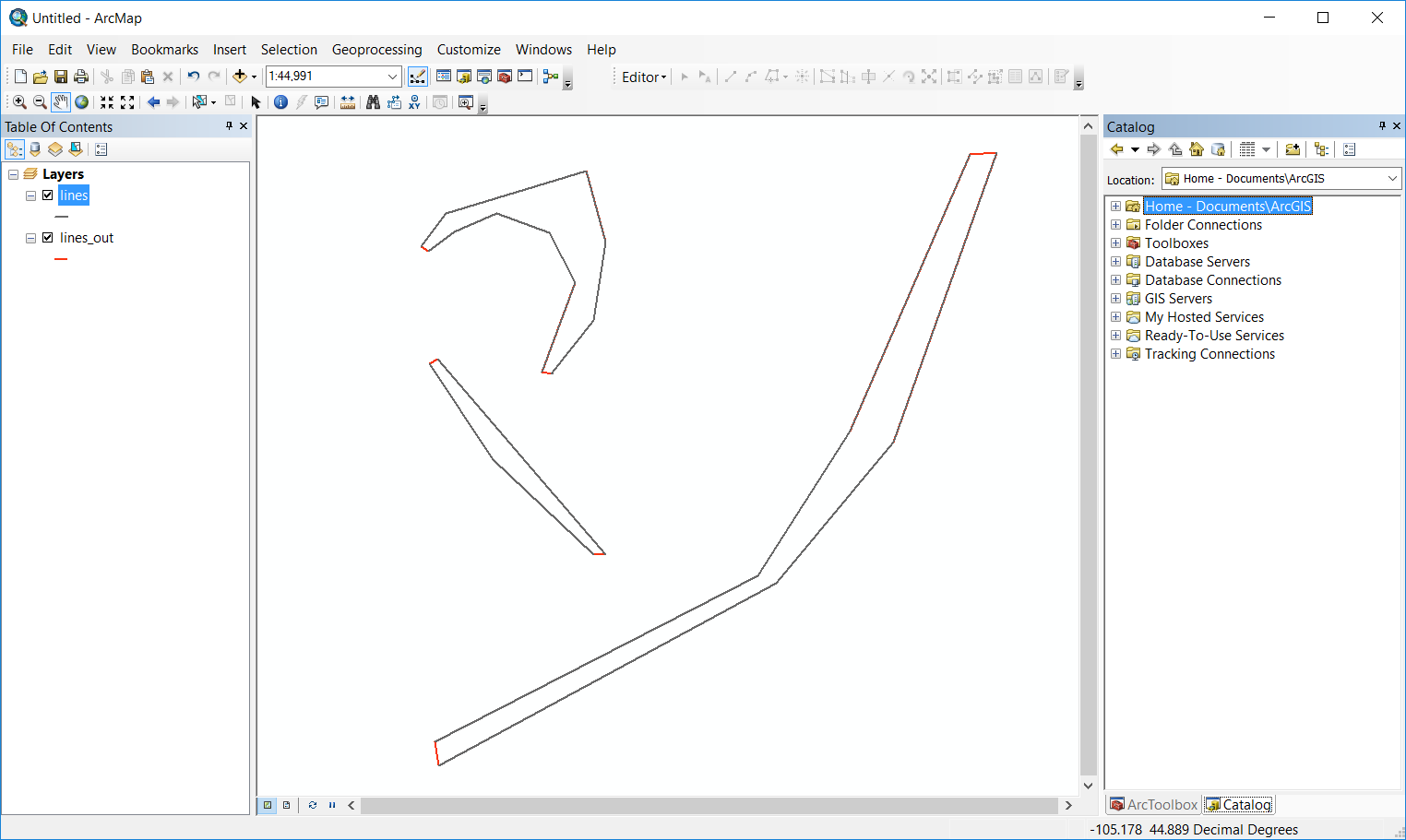