Incomplete export of data from a Postgres table

I'm having a serious data export problem with the PGAdmin widget and pgsql2shp (QGIS too). The problem lies within converting a PostGIS table to shapefile. I put in 3234 feature counts...and I get back 3221.

I get limited information from the error reports (see below...QGIS gives me the most information...but it is minimal). The errors (when available) reference ogr....but not much else. Ironically, the only way I've found to actually export the full record set is by using ogr2ogr.

I'm not sure why round-tripping with the PGAdmin tool is failing so bad. It seems to be able to import the initial 3234 - but cannot export the full set.

Here is the data (2 MB unzipped on a cloud drive).

The process I've been following..

1) Load the shapefile into Postgres using the PGAdmin tool (WORKS!)

works fine...notably it is loaded as a MULTIPOLYGON[2] EVEN THOUGH the Shapefile type is Polygon

Shapefiles can contain rows with no geometries. In your case, the original shapefile contains 13 "counties" with no geometry. These turn out to all be island territories (see below).

What is happening is that the PostGIS shapeloader is importing all rows, including NULL geometries, but the PostGIS exporter is dropping out NULL geometries. This is a defensible decision. As analysts may import data and then analyze it in the database, you wouldn't want rows left out of the import, even if they are strange in some way. OTH, when exporting, the analyst presumably understands their data and is exporting it for use in another software, and doesn't want to export rows that would be meaningless.

ogr2ogr doesn't have quite the same concept of "import" and "export". It translates between any two OGR formats. Therefore, it has made a different decision, which is to always move all rows, including invalid rows.

Since I couldn't initially be sure whether there was a problem with the import/export process, I investigated this by looking at the original shapefile your provided exclusively. ogrinfo indicated 3234 rows:

However, adding the shapefile directly to QGIS only showed 3221 rows. This was a clue that the geometries for the missing rows were NULL or invalid.

Fortunately, ogrinfo also allows you to run SQL queries against the data using the SQLITE dialect. Although shapefiles do not have a geometry "column" per se (since geometries and attributes are stored in separate files by the format), ogrinfo exposes a GEOMETRY column that can be output or included in an expression. Therefore, I ran the following ogrinfo query. Note the output:

The names as far as I can tell (some, like "Eastern", are somewhat vague) are all US island possessions, not part of 50 states, DC, or Puerto Rico, which all have geometries.

This kind of shapefile could have been created if someone had an attribute table that included island possessions and joined it to a spatial layer that did not have them. Obviously, it's up to you as the analyst whether or not you need geometries for the island possessions. If you don't, you might just delete those rows in your PostGIS database:

You remark that the shapefile geometry type is "Polygon", while the PostGIS shapeloader imported the geometries as MULTIPOLYGON. Shapefiles don't really care whether their polygons are simple (which ESRI called "singlepart") or multi. If a polygon has a singlepart it is stored as a polygon, and if it has multiple parts it is stored as a multipolygon, in the same shapefile. PostGIS insists that the type be consistent, so polygons have to be wrapped in a multipolygon (with only one part) if the column is of the MULTIPOLYGON type.

Multipolygons are so common that it is pretty standard to always use multipolygons, even if your data are all simple polygons, and the GUI importers will default to this behavior. If you want simple polygons, you have to check the appropriate box in the GUI, or if using shp2pgsql you have to use the -S switch. Unless you have a good reason for wanted simple geometries, I recommend importing them as multis.

The reason for this problem seems to be that 13 of your polygons do not have an area, so therefore they do not have geometry. I suspected this and confirmed by running $area in QGIS. Maybe you could get rid of them? 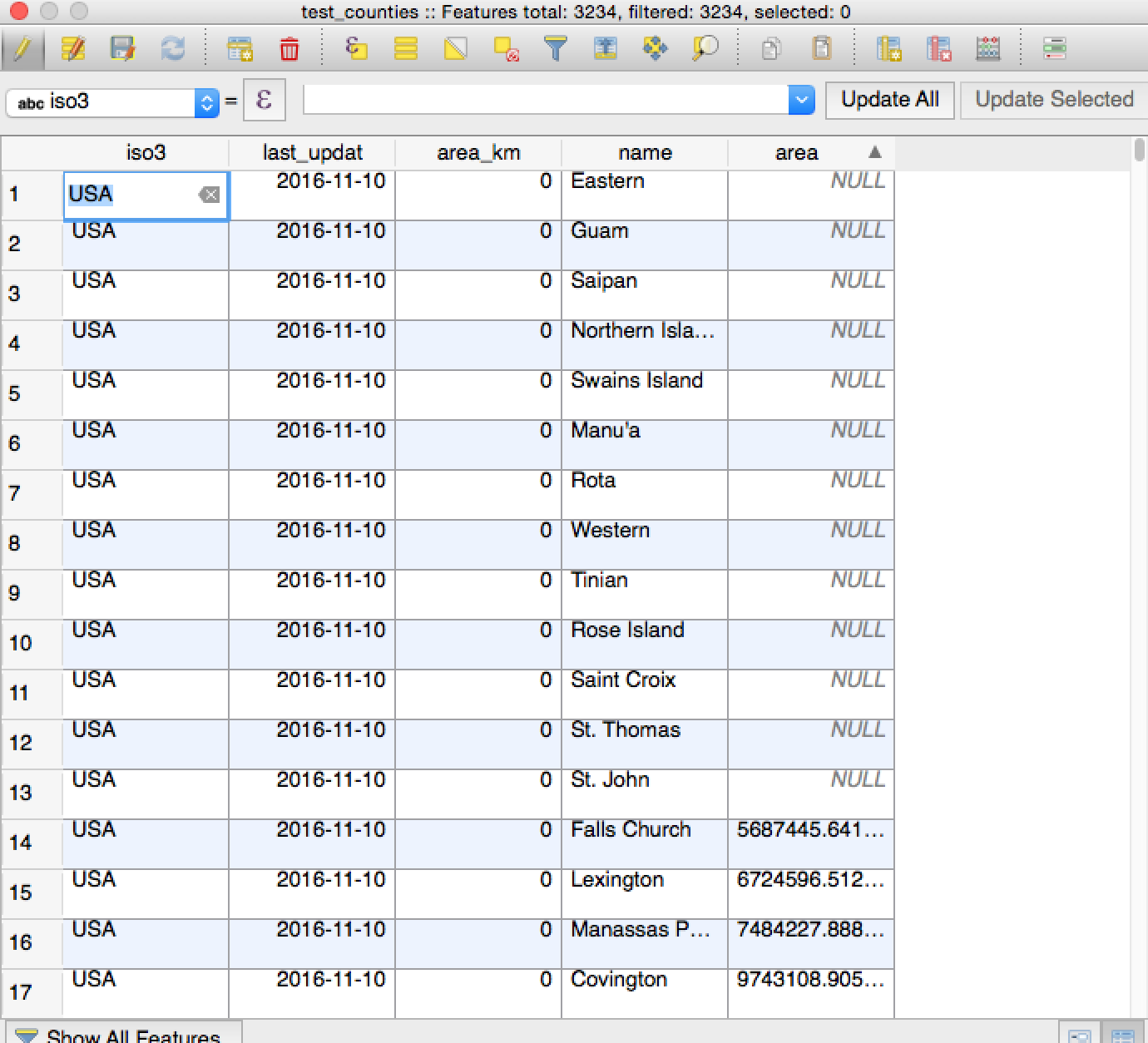 2
Is the PostGIS Shapefile Import Manager able to upload to phpmyadmin or only pgadmin III?
33
PostGIS Geometry type not matching column type in QGIS
4
Reading File Geodatabase into Postgres with ogr2ogr
8
Copy geometry data as HEXEWKB from csv to table in PostGIS
1
Converting shape layer with POLYGON and MULTIPOLYGON to POINT geometry
2
Importing single-geometry data to postgis