I have a question about geocoding from street layer using the MMQGIS plugin in QGIS. I have a list of addresses that I would like to geocode into latitude and longitude. Because the number of records is really huge, I want to use street layer map instead of Google map or other web-based geocoding tool. However, my output did not give my what I wanted, and I would like to see if anyone can help me figure out where I did wrong.

My address file is a list of addresses with street name and house number, and it's pretty clean. I think the issue probably comes from the street line file that I used. I downloaded this shapefile from Milwaukee city government. The attribute tables looks like something like this (the street address is separated, and it has no longitude/latitude):

When using the plugin, I put "street line start" and "street line end" for X and Y attributes. Just like this: 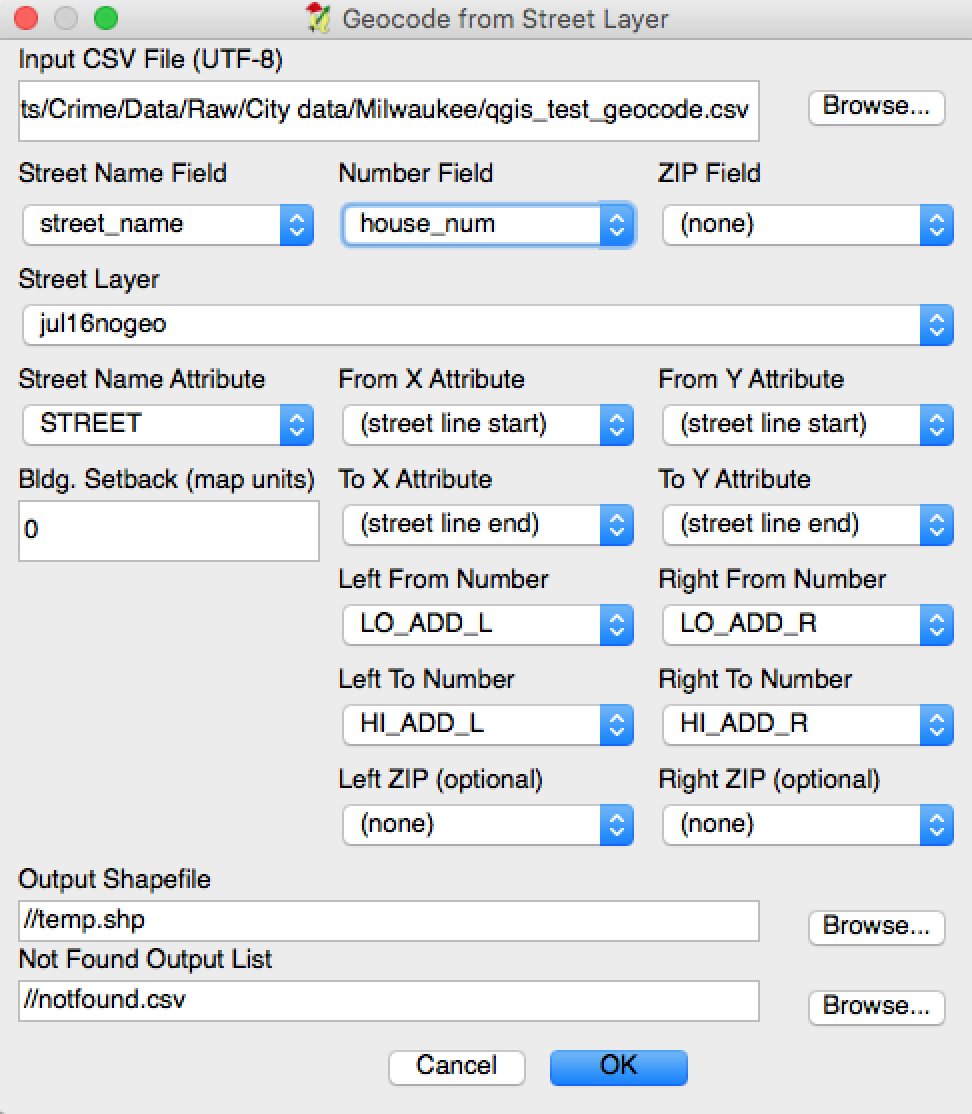 No errors show up, but my output is empty.

Anyone knows what went wrong in this process? Maybe it's because the street name format is different in these two files? Or was it the problem with the map coordinates?

I just figured out what happened. The street name in the street centerline file is split into two parts. Therefore, I have to reorganize it to make it in the same format as the CSV file.

Not the answer you're looking for? Browse other questions tagged qgis geocoding mmqgis or ask your own question.