I'm trying to use ModelBuilder to iterate through a folder containing 25 usgs .las files and run 4 custom geoprocessing tools from the LAStools toolbox available on github. I am able to successfully run each tool individually outside of ModelBuilder. However, when I attempt to put the tools into a ModelBuilder workflow, the ModelBuilder says 'completed' without executing any of the tools.

Below is a screenshot for the workflow with one of the tools which is where I'm starting for now. I included the tools parameter dialog box which I am leaving default (I used the same parameters when running on its own successfully).

Any ideas on what could be causing this?

I've tried to specify an output name for each tool and still did not execute. I need to use this tools output as input for the next tool and so on. 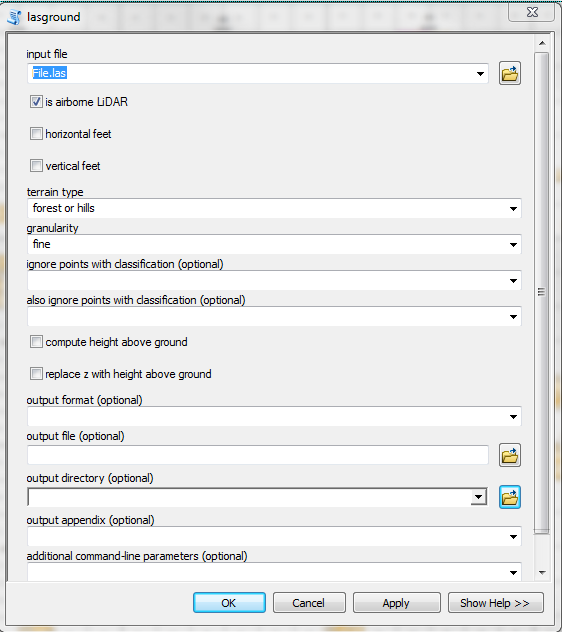 I just tried this model, and it run for me.