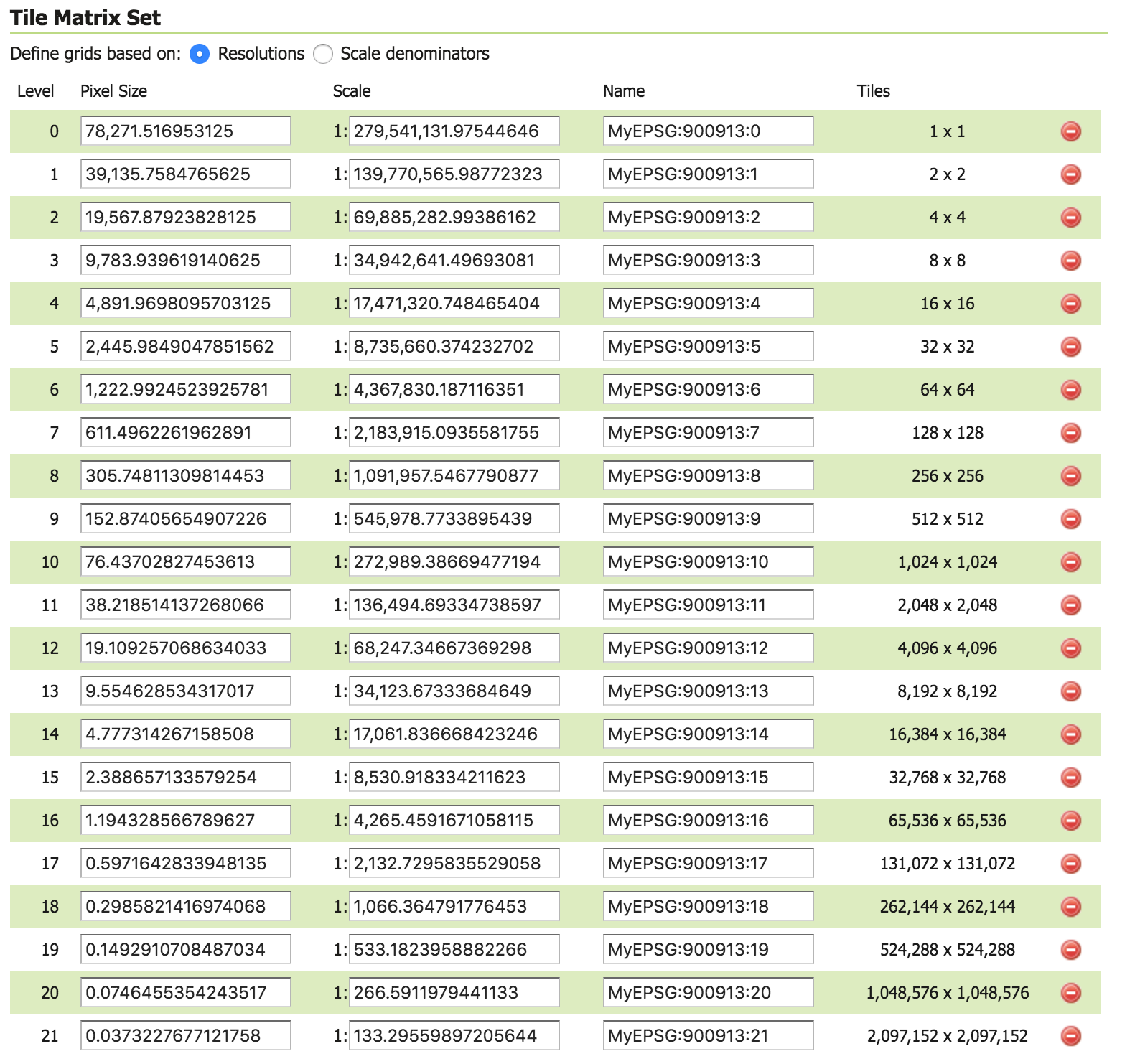 3
WMS Request not served to OpenLayers 2 by GeoWebCache off GeoServer?
3
Optimize OpenLayers2/ Geoserver 2.5 with GeoWebCache - reprojection necessary?
1
GeoWebCache: Missing tiles after reseed
1
GeoServer caching request not aligned to grid(s)
1
geowebcache-miss-reason:not a tile layer
0
OL3 gwc background layer does not align to gridset, works in OL2
0
GeoServer caching request not aligned to grid(s) using different EPSG
3
How to use geowebcache seeded tiles with a custom projection (EPSG: 27700) in openlayers