I have been spatially joining land use zones to parcels successfully with the following query:

Currently, more than 50% of the parcel's area must be within a single zone for a join to occur.

However, it turns out that some of the parcels overlap 3 or more zones and are not getting joined to the zoning table because less than 50% of their area overlaps. For example, the parcels of dark purple color overlap more than two zones: 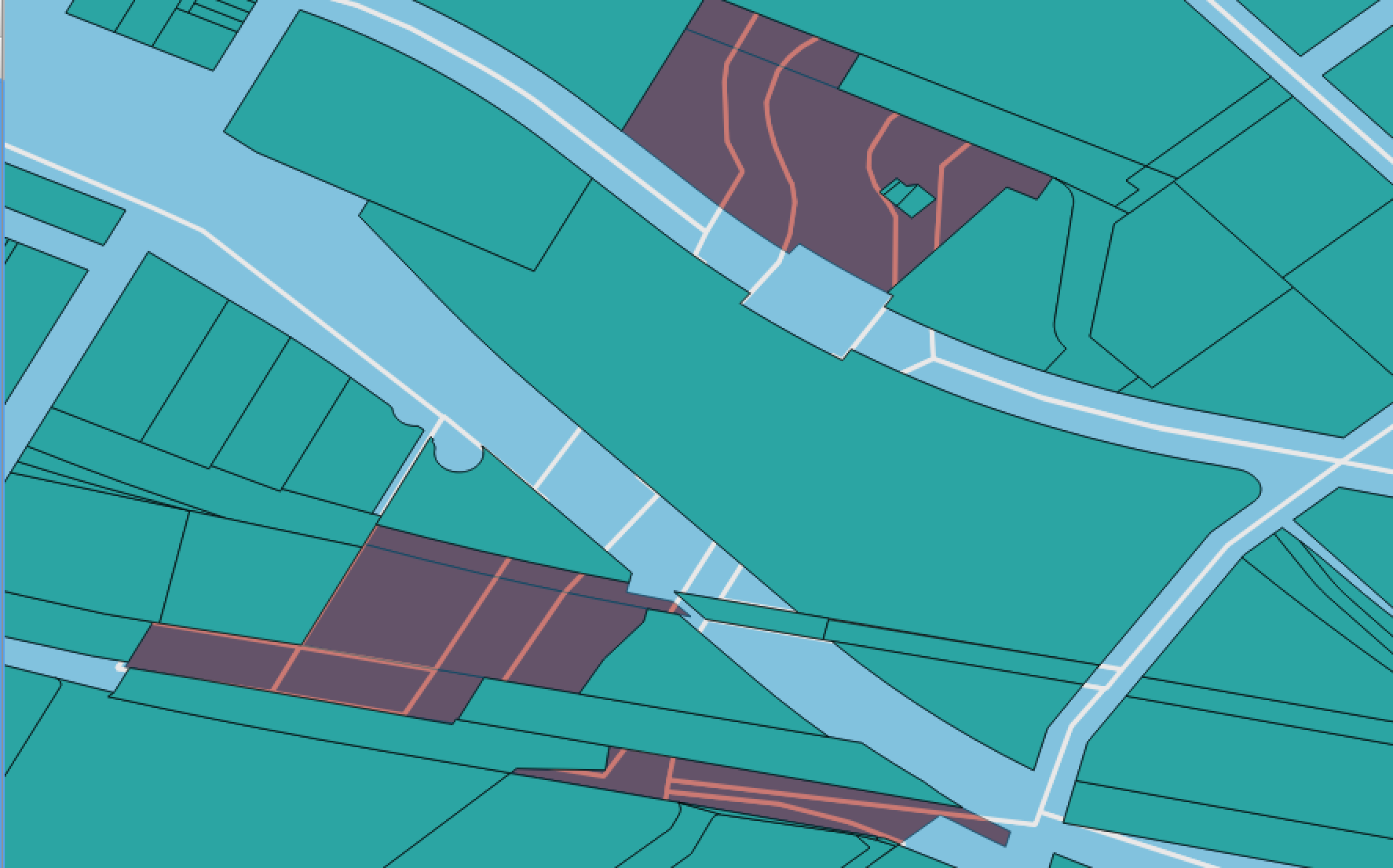 How would one modify the query to add extra columns in the resulting table which would include data from all zones overlapped?

The existing code produces a table that has

How could one produce

and so on for all zones overlapped?

What you're asking for isn't easy because you don't know how many columns to produce until after the query is complete. crosstab from tablefunc will permit some of this, but because you're not providing any sample data it's damn near impossible.

As a mater of the join,

In order to first tell which zones overlap multiple zones with more than 50% of their area, you have to

Then afterward, you can see if the combined overlap is greater tan 50%.

A join operation works row-wise. There is no concept of a join based on a function of the other table the row. Modifying your query, it would look something like this...

First, you need the

Now, should be a result set of parcel.geom. From there, you can INNER JOIN back to parcel, and to zoning to get a list that you can feed to crosstab().

Not the answer you're looking for? Browse other questions tagged postgis postgresql attribute-joins or ask your own question.

5
Merging polygons that intersect by more than specified amount using PostGIS
8
PostGIS: ST_Equals false when ST_Intersection=100% of geometry?
2
How do I select polygons that overlap by a specified percentage of overlap?
1
Joining multiple polygons inside a single polygon in QGIS
5
Select records that intersect more than 3 polygons
2
PostGIS make line from shortest distance from points to polygons
1
Speed up intersection, union in PostGIS?
0
left join returning one more row than expected
0
Tally of sequences of points within point-specific buffer, rolling over timestamps, in PostGIS?