I'm having real problems cleaning up and reducing the size of a Shapefile which is published by the UK's Environment Agency.

It shows the extents of the LiDAR open data they publish: each polygon is a survey flight, and there are fields for the resolution, the date of the flight and so on.

Eventually I'd like to end up with a dissolved (merging all features) and simplified Shapefile which is much smaller in size. At the moment:

I think one of the reasons the file is so large is that there are many small 'specks' of data (which aren't important for my purposes): 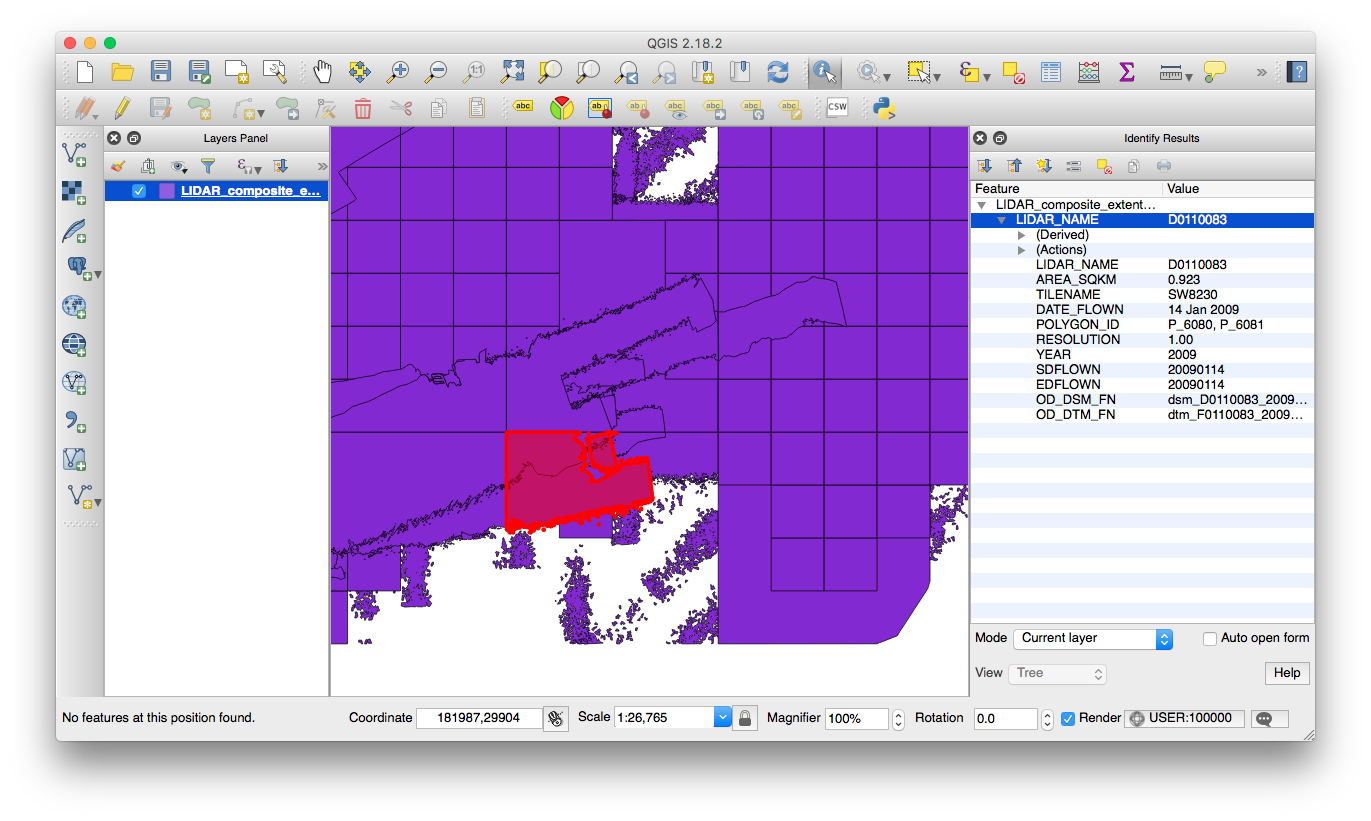 What I've tried so far:

I will simplify the file in the end, but don't want to do this before dissolving in case I introduce slivers.

Should I use a different tool within v.clean?

I have not yet tried to split the file into regions and dissolve those, then dissolve the regions.

The source data seems to be rather hard to handle as vectors as you have noticed. However, this workaroung that goes through an intermediate raster file works well and it is very fast.

1) Use gdal_rasterize http://www.gdal.org/gdal_rasterize.html and for making a black/white raster from the layer

Select all the polygons which have "0" as the value of the "DN" attribute and delete them. As a result you will have a small 2 MB shapefile about the lidar coverage. 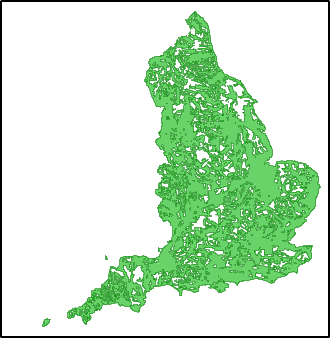 Because of rasterize-polygonize cycle some precision of the original vectors is lost. Increase the output raster size if you need better resolution. Depending on your use case you can perhaps use the raster image as an index without going back to vectors.

19
Dissolving polygons based on attributes with Python (shapely, fiona)?
5
Dissolving large sets of polygons
2
How to improve PostGIS ST_Union performance?
1
Quicker function than dissolve and difference

4
How to subset X number of features from shapefile in QGIS
2
Why does the file size increase after I clipped the polygons to be smaller?
2
Dissolving in ArcMap gives "Invalid Topology [Duplicate Segment.]"
2
ogr2ogr: Convert geojson to shapefile - additional features?
1
Wrong features when exporting vectorized raster data to a file using GeoPandas after applying a filter and a dissolve operation