Merging based on attribute and spatial location in ArcGIS Desktop?

I've sifted through the questions and have not been able to properly address my issue after trying several options. I'm hoping someone can help me out or point me in the right direction.

I have a feature class of polygons that represent forested and non-forested areas within a property boundary. The property itself is split into several different lots.

Each polygon contains three fields ("Lot_Num", "Age_Class" and "SAF_Cov_Ty") that I am interested in merging by.

The "Lot_Num" field is simply a number corresponding to the lot number within the property. Each polygon contains a number for the lot is is located in.

The "SAF_Cov_Ty" field for each polygon represents the type of trees located there and contains ONE of these four options: "WO-BO-NRO-52", "YP-WO-NRO-59", "Pine-Strip", or "NF".

In order for a merge of polygons to be acceptable, there are certain conditions that must be met as follows:

So if there are multiple polygons in a lot that border each other, and contain both the same "Age_Class" AND "SAF_Cov_Ty" values, I want to merge them all into one polygon. One large polygon still represents the same age and type of trees as what all the smaller ones do, it just cleans up the overall appearance. This will also help to cut down on the number of records in the feature class.

Below is a screenshot of the data. 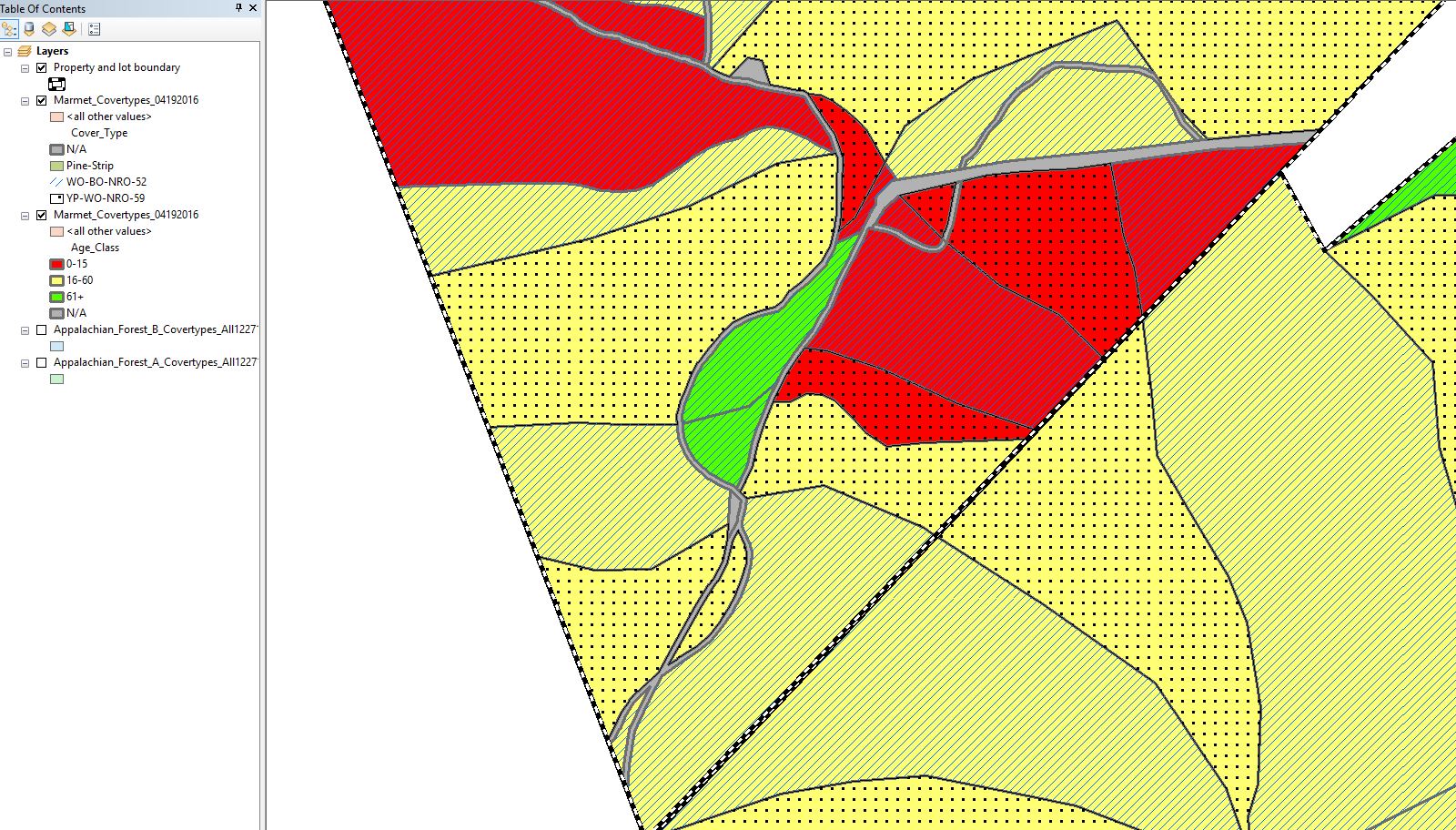 Here is the legend if not visible in the image.

In the screenshot I would want to merge the two green polygons to the west together as they are in the same lot, border one another, and share the same "Age_Class" and "SAF_Cov_Ty" attributes. I could not merge any red polygons as they either don't share the same "SAF_Cov_Ty" attriubutes, or they don't border each other. I could not merge any yellow polygons(minus the small one visible in the southeast corner); they are either on different lot numbers, or the "SAF_Cov_Ty" values don't match.

I'd be happy to provide sample data if anyone is able to help. This would be simple enough to do manually, but I have over 900,000 acres to do this on.

Dissolve is the tool you are looking for. 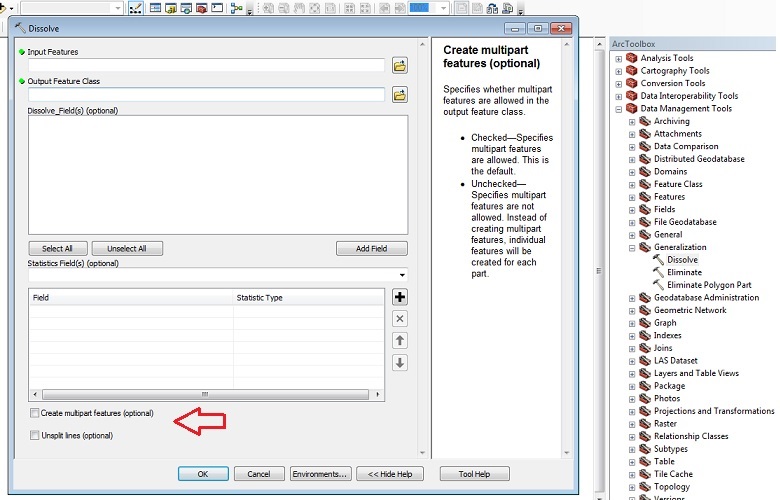 Be sure to uncheck "Create multipart features" as @felixip noted in his comment.