I have a shapefile of thousands of polylines. I have select one feature, I want to select all other features that is within say 100m of the selected feature.

How do I achieve it by pyqgis? 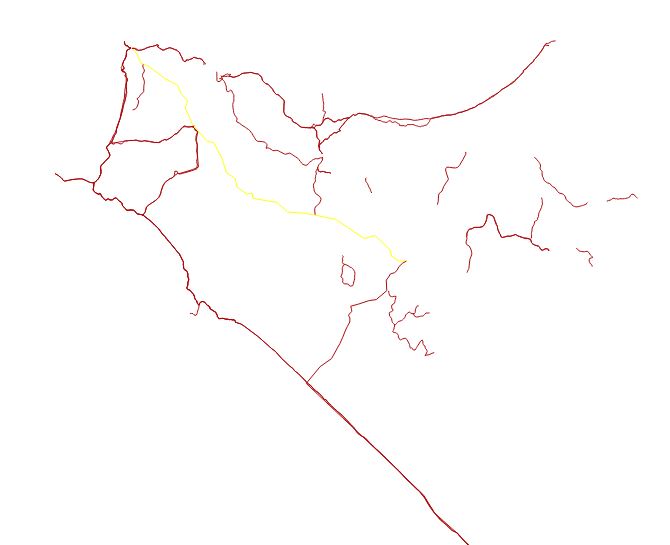 If you want to select all features that are within 100 m of the selected "buffer" feature you can use next code:

It produces a memory layer with features that match this condition.

I tried out above code with next line layer; where selected feature (id=0) was previously visualized as buffer by using its WKT format into QuickWKT plugin of QGIS. 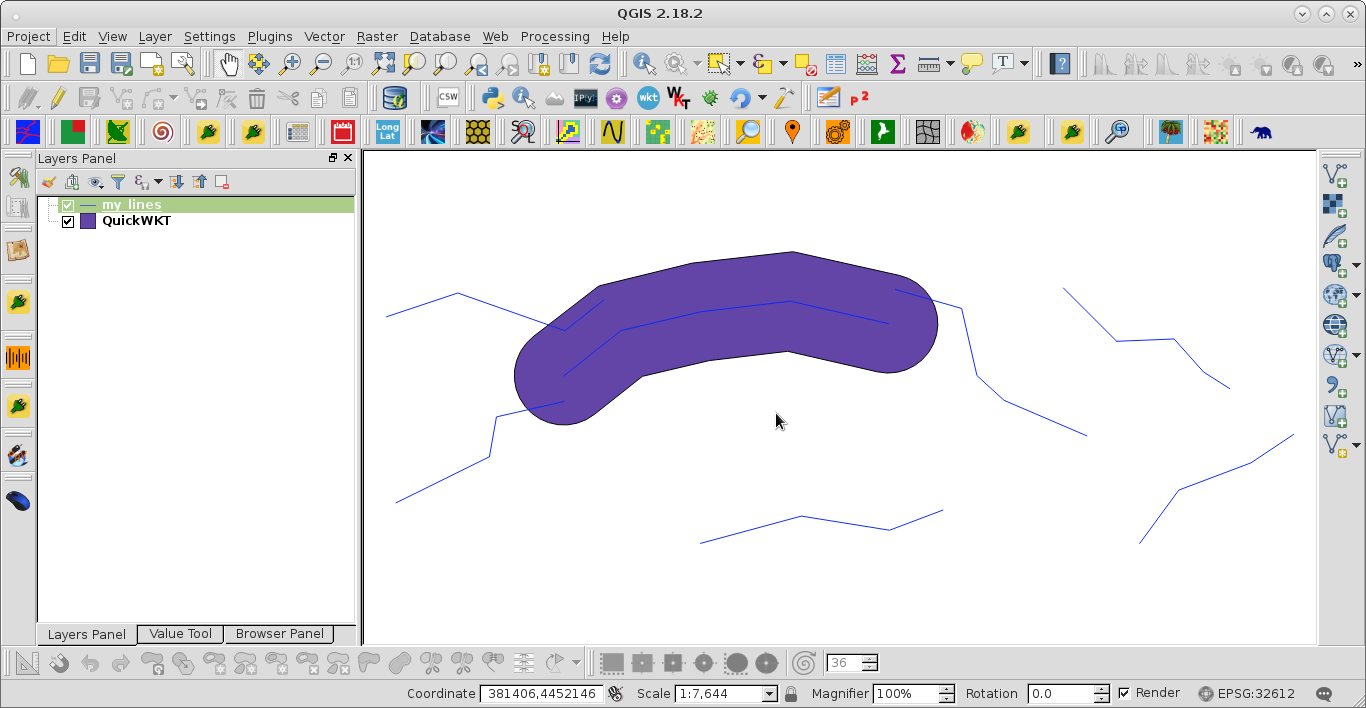 After running the code, memory layer (red layer in next image) was obtained as expected: 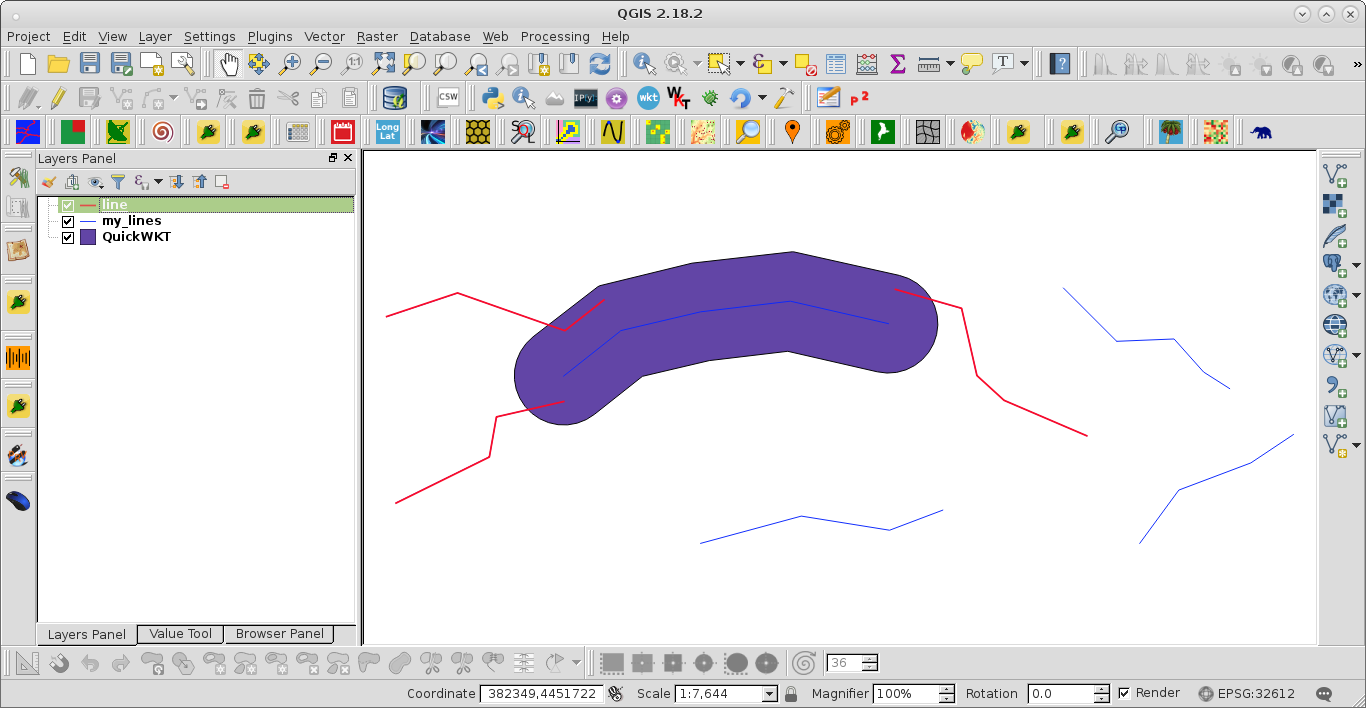 This should give you some ideas.

Not the answer you're looking for? Browse other questions tagged pyqgis line select-by-location proximity or ask your own question.

4
Iterating over point layer and select another layer's points in radius using PyQGIS?