I have several layers. I combined all of them into one layer using union. I saved the result of union in geodatabase based on the suggestion by @GISGe.

I wanted to convert the geodatabase feature class to shapefile. 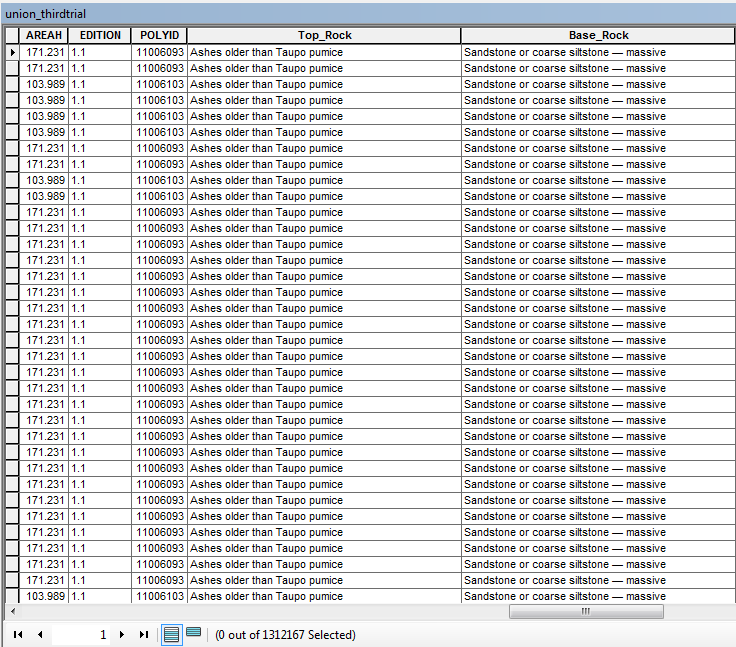 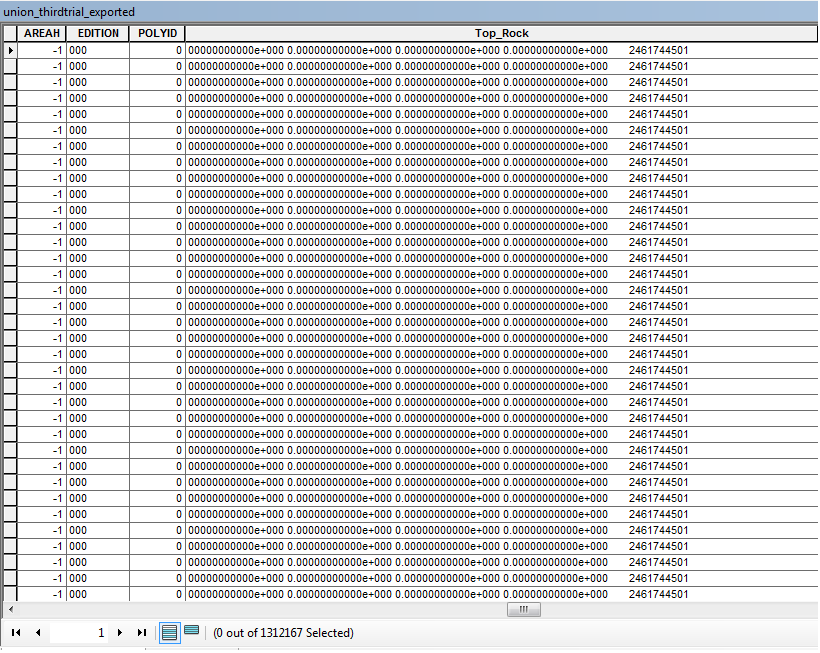 Any suggestions how can I fix this problem?

In response to the comments

There is a bug discovered in ArcGIS 10.3, so it probably applies to newer versions since it hasn't been solved:

It shouldn't occur in older versions, but I can't test this to confirm, and it's probably not a convenient option for you neither.

Working with geodatabase feature classes instead of shapefiles seems to me to be the most reasonable (and easy) alternative.

Not the answer you're looking for? Browse other questions tagged arcgis-desktop shapefile attribute-table arcgis-10.4 or ask your own question.

1
Why do all rows go missing from File Geodatabase Feature Class to *.dbf conversion?
0
Conversion from shapefile to geodatabase feature class in ARCGIS
2
Why my Feature Class created with the tool “create feature from XY table” is outside the Feature Dataset?
6
Exporting attribute table to text file(.txt) in ModelBuilder
1
When appending two shapefiles in ArcMap 10.2 values in attribute table become distorted