I have a layer with bus lines - one feature per bus line.

Moreover, I have a layer with travel flow lines - there are many features per bus line.

Both layers have a common attribute column describing the bus line.

What I want is to show the travel flows lines that corresponds to a certain bus line.

Hence, I created an atlas via the atlas feature, where the coverage layer is featuring the bus lines.

Here is my problem. I want QGIS to style the color of the lines from a expression, as you can see from the picture below. 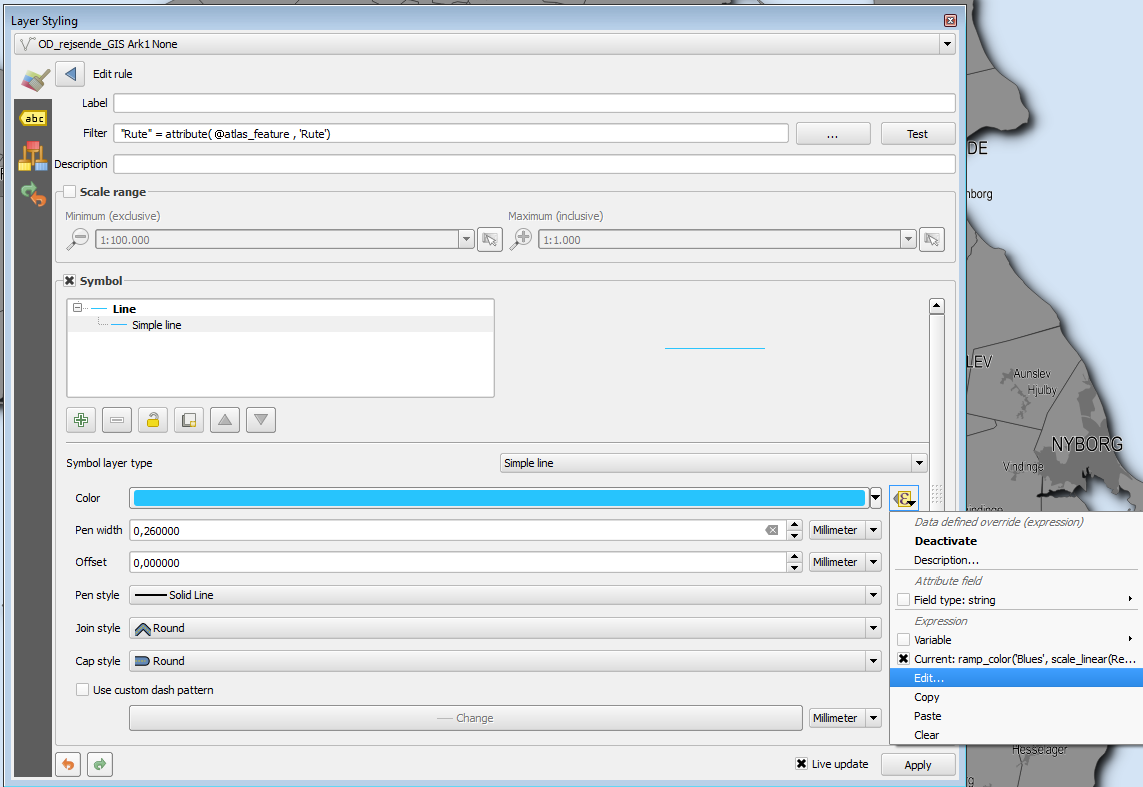 I need to find the minimum and maximum values of the travel flow lines to the corresponding bus line that is the current atlas feature.

So far I've tried several expressions. The latest one is like:

Be aware that: Rute = bus line and Rejsende_a = travellers

But apparently the syntax is wrong.

Can anybody help out here? Can you use 'CASE WHEN' in the expression string? Or how can you tell the expression to choose only the feature from the travel flow lines that has the "Rute" column in common?

Browse other questions tagged qgis expression atlas or ask your own question.