I'm using ArcGIS 10.3 and I want to create classes (1-4) in a field called "Util_Class" based on the values of a field called "OverallUtil". I think I have syntax error and have been entering this into the Field Calculator: 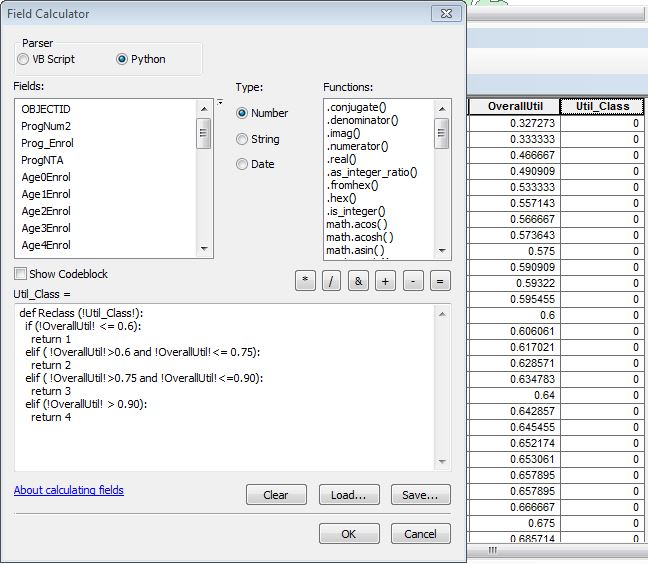 You need to use the Codeblock - see above your code box there's a button that says "Show Codeblock". Check that, and you can enter your code into the codeblock.

and in the expression box below it enter

Note I have made a couple of changes to your code

Not the answer you're looking for? Browse other questions tagged arcgis-desktop arcgis-10.3 field-calculator classification python-parser or ask your own question.