In QGIS 2.14.10 I've set up a simple model to assign min and max of attributes of a point layer (adresses, about 2500 features) to a polygon layer (parcels, about 14000 features) to polygons containing the points (hint: polygons were created with polygonize algorithm, so these should have valid topology):

The 'Join attributes by location' algorithm is set up like this: 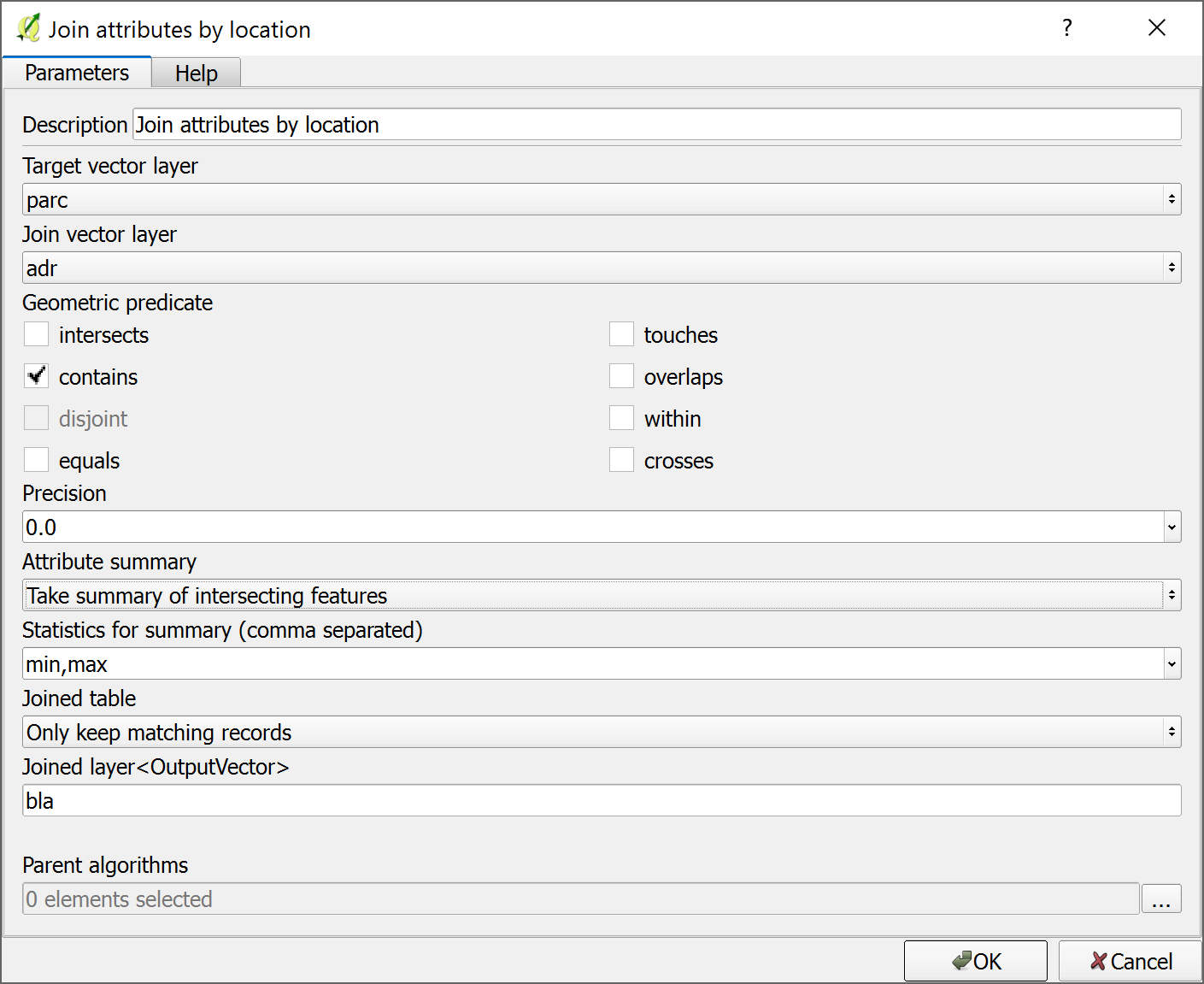 The resulting bla polygon layer is created, but has zero features: 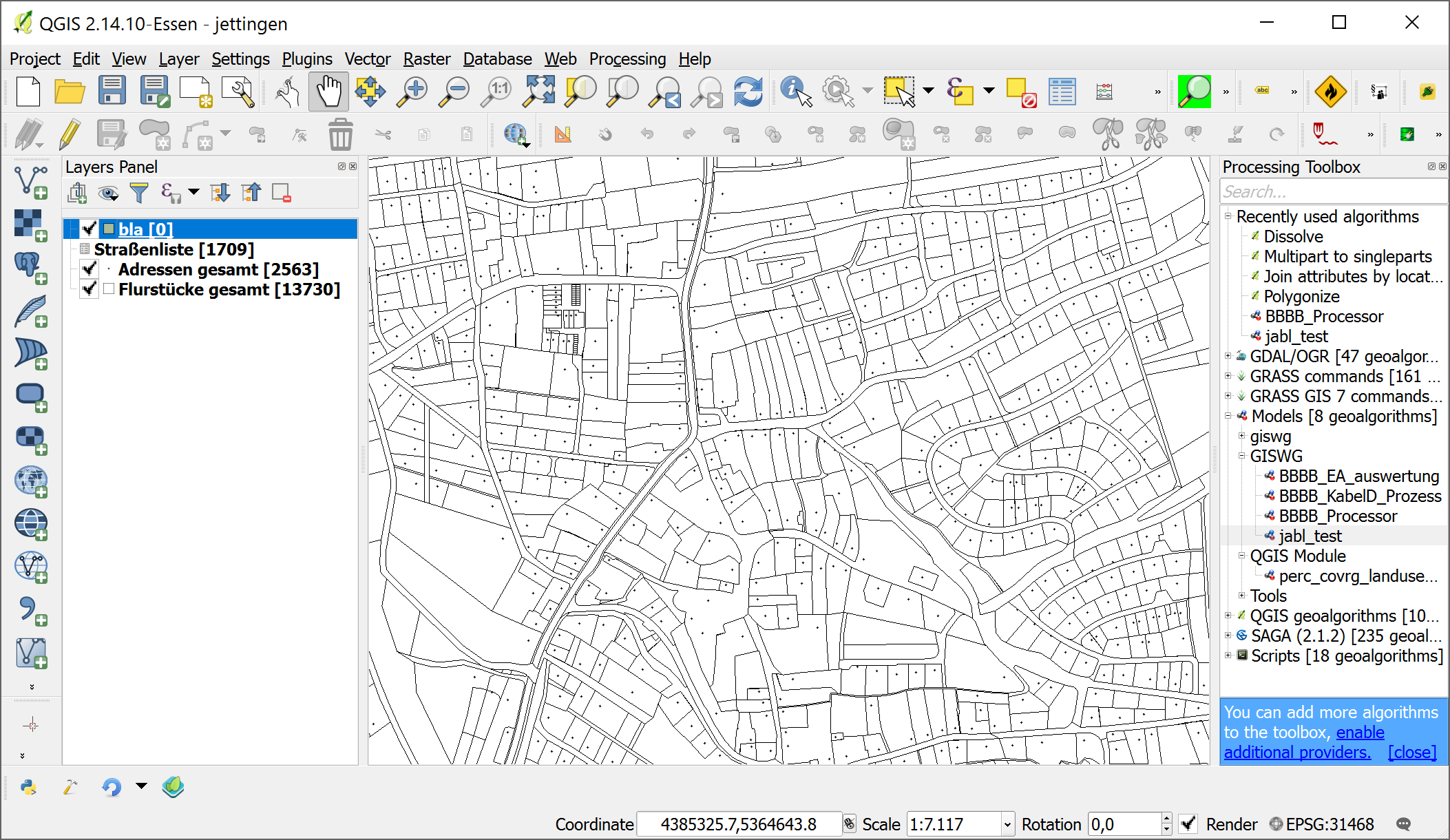 After some playing around, I found that turning of on-the-fly-projection solved my issue ... 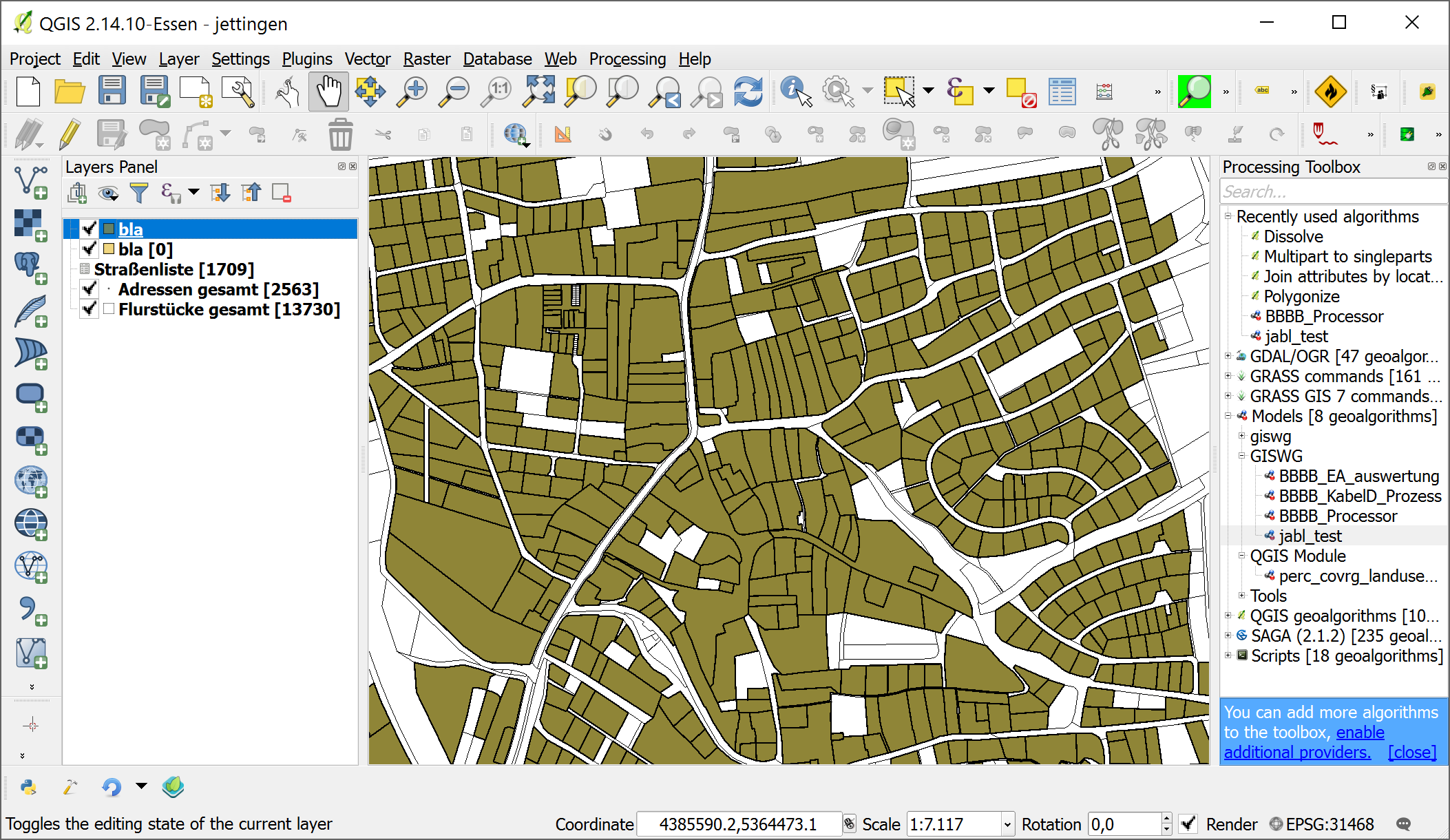 ... but unfortunatly not for long. So toggeling on-the-fly-projection sometimes helps, but the behaviour of 'Join attributes by location' algorithm does not seem to depend on whether OTF projection is ON or OFF and is, furthermore, unpredictable when toggling OTF projection.

Am I missing something in modeler, or is there any advice of using this algorithm in the context of OTF projection?

Try adding a custom script into your modeler instead of calling the tool directly and see if it makes a difference:

Not the answer you're looking for? Browse other questions tagged qgis spatial-join qgis-modeler or ask your own question.