Here are some screenshots to help understand the problem: The layer of points and layer of polygons are: 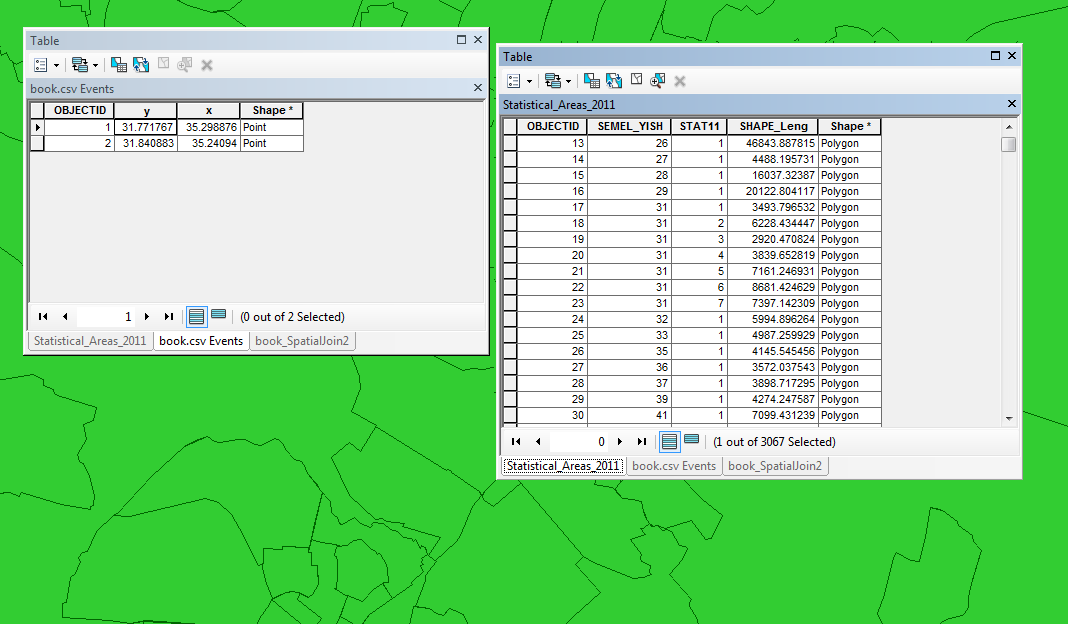 And the resulting layer, after using the Spatial Join Tool as indicated above is:

The solution is to export the data by clicking the .csv layer, Data, and then Export Data. Name the file a ..shp file. Then do the join operation using the Spatial Join Tool using the polygons and the shape file of coordinates. Then it all works out.