I got the purple grid/vector which was 18 rectangles across (360/20) in the picture below. 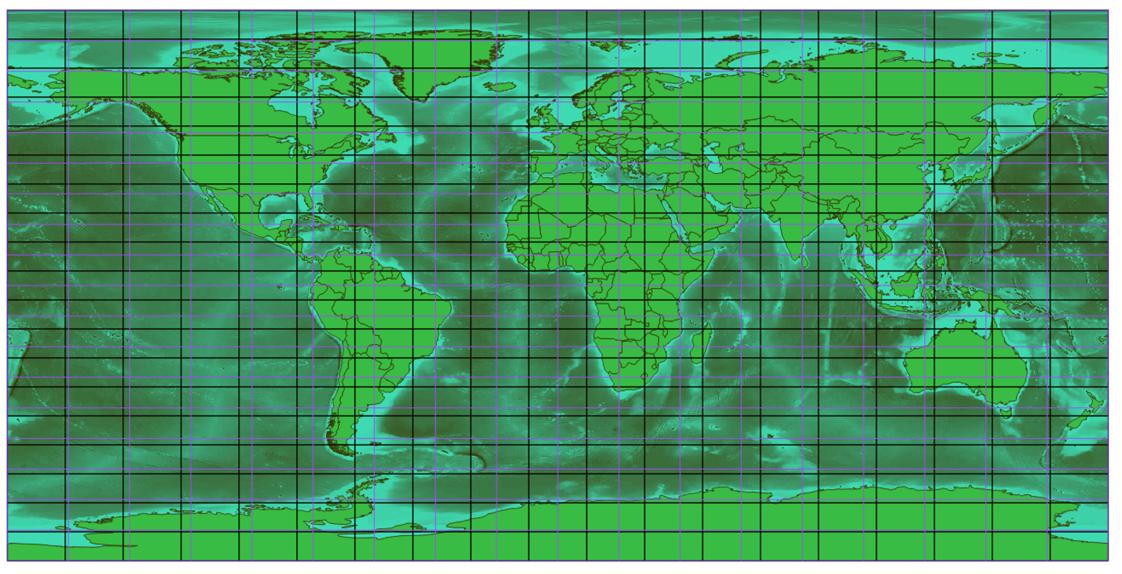 I then tried to replicate this grid using R. Similar to Generating grid shapefile in R?, (however, covering the whole extent of long and lat, and resulting in a rectangular grid).

I also need the product as a polygon class and not spatial lines or grid.

I shouldn't end up with 19 rectangles across if this code was using degrees, so I am not sure how that code works, or where I have gone wrong.

I also need this as a polygon, not lines, so tried:

Many square vector's (such as 10 x 10 degree cells) like this can be downloaded, but I would like to know the options for making rectangles in R for specific degrees.

And to do this in QGIS is very simple, so I am curious if there is an R solution.

Your raster-sp workflow worked fine for me, not sure how you got 19 columns either. If it wasn't a typo, it might have been an rgdal bug on write; that's the only related package that I can see a recent update for. Anyway here's a couple of examples with the newer sf package:

The st_sf() step is optional, if you just want to write the grid directly to file.

Not the answer you're looking for? Browse other questions tagged shapefile polygon r vector-grid intersect or ask your own question.

8
Generating grid shapefile in R?
1
Using R to overlay a fine resolution grid on top of a coarse grid and for the fine grid to adopt the values from the coarse grid below
1
Rasterize the full area of a polygon, not only midpoints, using R