As discussed in the QGIS Manual - 3rdParty section, the R folder is something like C:\Program Files\R\R-3.2.

Then you can get some example scripts by going to Tools | Get R scripts from on-line scripts collection.

There's at least one script that mentions K-function: 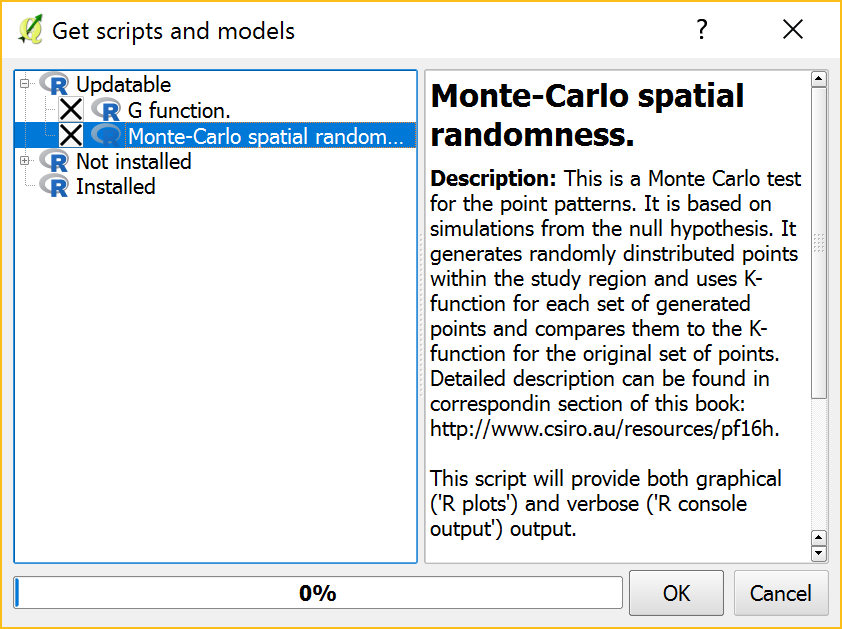 If it is your own script, opening your script by the Script Editor, edit it a little bit, and saving it can fix. (R scripts | Tools | Create new R script)

In case all of the downloaded on-line scripts are not recognized by Processing, open any one of the scripts by the Script editor and save it as-is. All scripts (including the one you had opened / saved just now) will be recognized as geoalgorithms immediately when you close the Script Editor.

Not the answer you're looking for? Browse other questions tagged qgis r qgis-processing or ask your own question.