Merge Polyline and lines to Polygonize

I have 3 different strings: (Route) is a polyline coming out of a shapefile in which I removed all other routes, the other two (River and Trail) are imported KML's, which I created in google earth.

I am interested in the boundary these three strings form, and would like to make a polygon out of the shape (By connecting the end nodes of "River" and "Trail", this can be done randomly as I will later cut the created polygon with bordering polygons).

I know how to do the second part (connecting end nodes with "Node Tool" and polygonize with "Polygonize algorithm"), but how can I merge all three lines so that QGIS will see them as 1 Linestring? 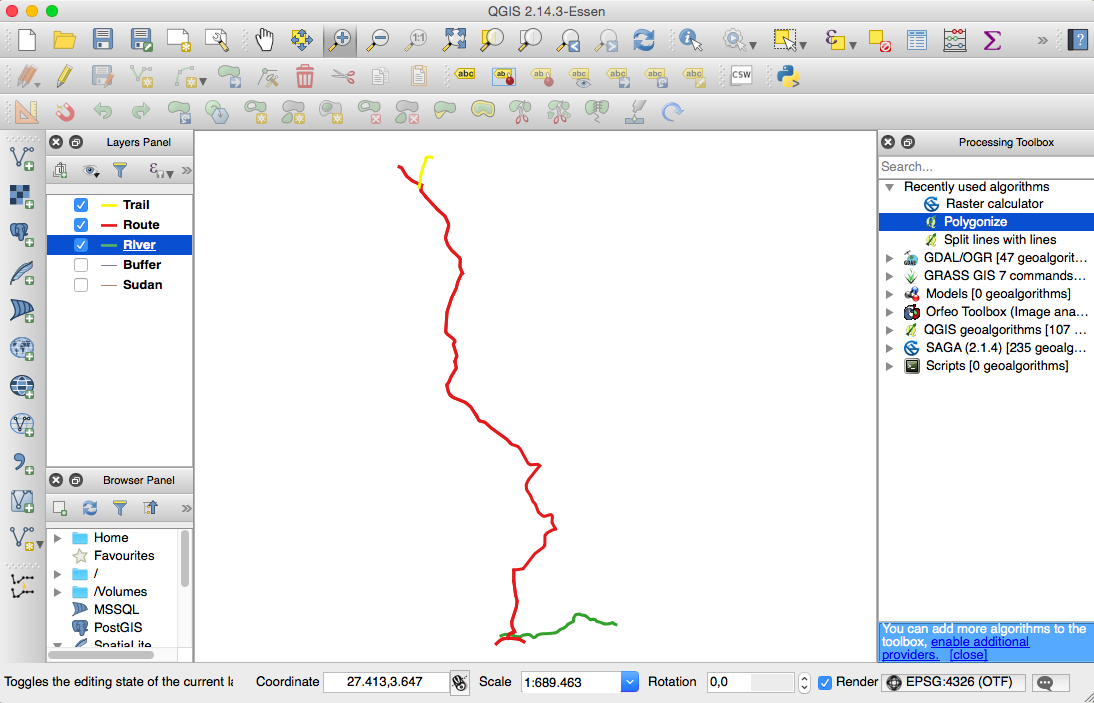 Finally I would like to make such a Shape (Which I tried and failed since QGIS sees them as separate linestrings I believe). 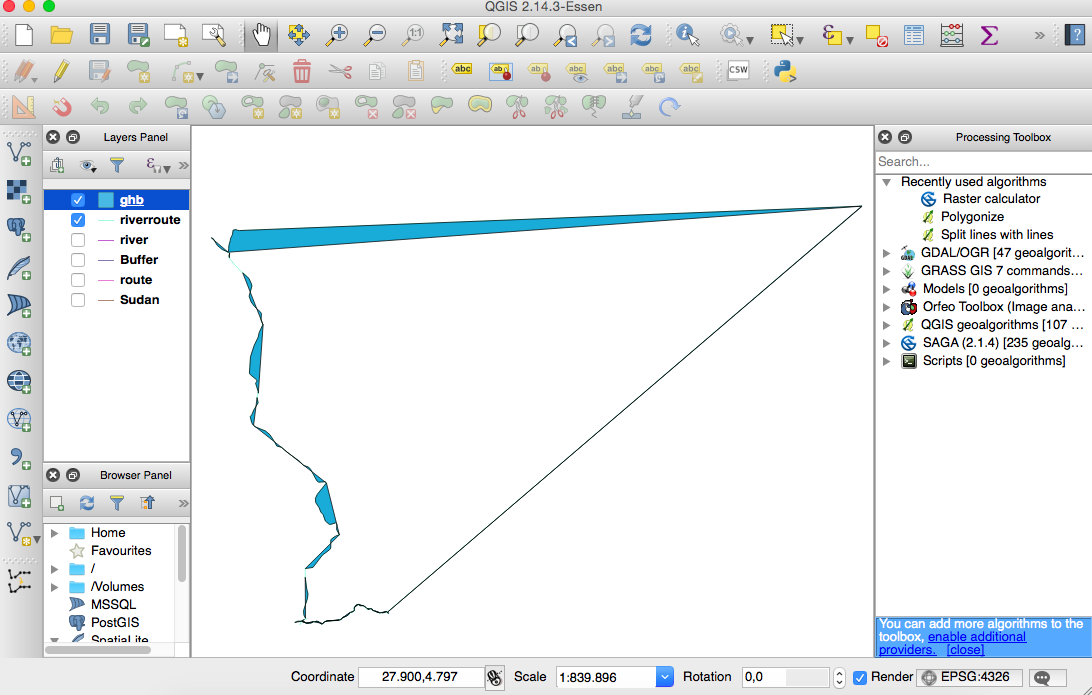 Not the answer you're looking for? Browse other questions tagged qgis line polygon-creation polygonize or ask your own question.