I am trying to spatially join a polygon shapefile to a point shapefile such that every point is matched to the characteristics of the polygon it falls inside. I have succeeded to do this spatial join within the ArcMap following the steps below and in the picture: 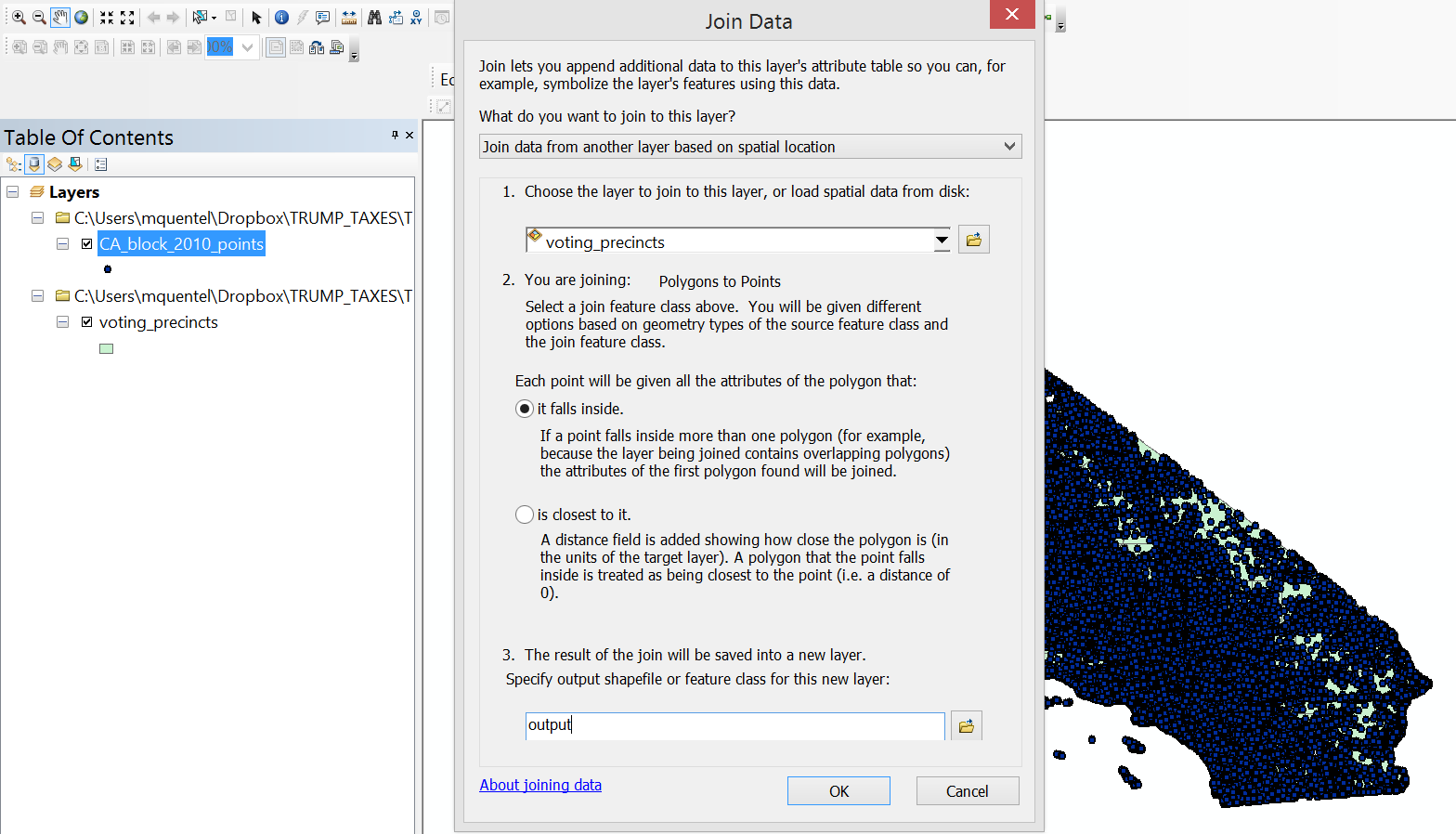 However, I then end up with a polygon shapefile (the points must be somehow joined to the polygons and not vice versa). I have tried to switch target feature and join feature but the result is the same.

Is SpatialJoin_analysis the correct tool for what I am trying to do? How would the correct python code look that will replicate the steps I described above?

Edit (see comments below): Results window for the spatial join I want to perform 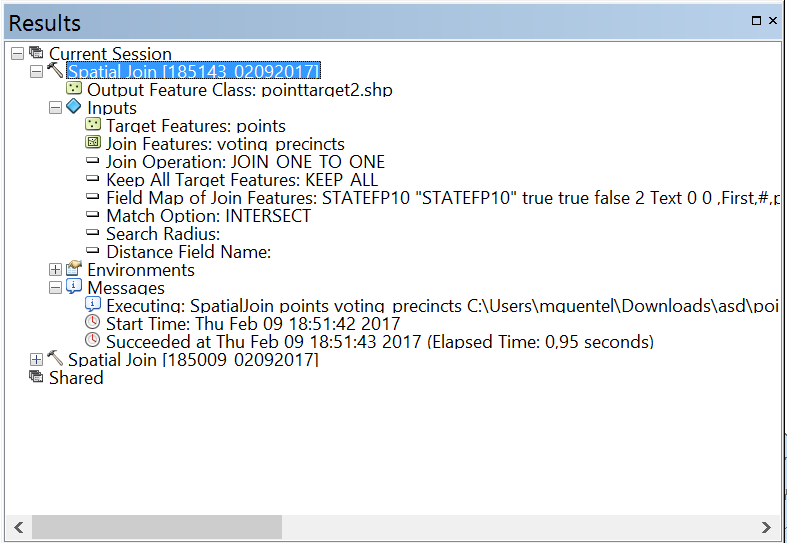 [Answering for completeness and in case it helps future generations. Credits to FelixIP for the suggestion with checking the results window.]

If you want to join polygons to points such that each point in the point-data set will also have information of the polygon it lies in, then SpatialJoin_analysis is indeed the right tool and the correct code is:

Not the answer you're looking for? Browse other questions tagged arcpy spatial-join point-in-polygon or ask your own question.

1
Joining features based on location and attribute at the same time
2
Seeking workaround for completely_within spatial join in ArcGIS Desktop?
28
Join spatial point data to polygons in R
2
Arcpy Spatial Join Fails: Field is Not Nullable
1
Performing Spatial Join / match Points from dataframe to polygons using Python?
1
Spatial join based on by location and by attribute
2
Counting points in overlapping polygons using GeoPandas