How to fix encoding problem in shapefile importing?

I tried to import a shapefile to postgresql. I used PostGIS shapefile import/export manager. Earlier I have done same thing but did not face any problem. But this time I am facing problem with encoding. First I tried to import into an exsisting database with UTF-8 encoding. It showed following error:

So, I created another database with 'LATIN1' encoding with collation C and character type C. Then tried to set client encoding to 'LATIN1' by executing the following query.

Now tried to import. But still it is showing client encoding is UTF-8 and import fails. Screen shot is attached. What to do? 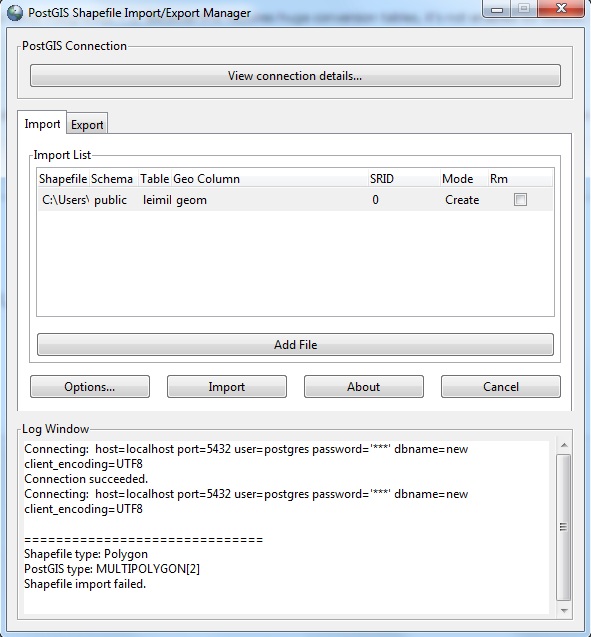 I was facing the same problem last days, and that was due to german letters in shapefile attribute table, so for that I did the following: 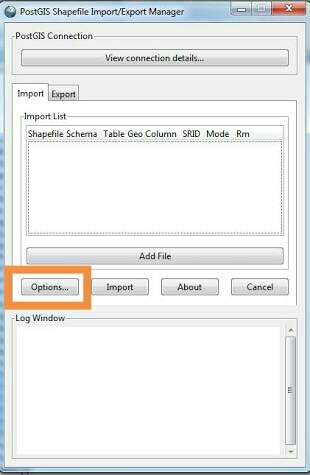 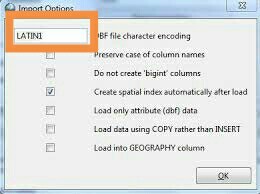 Not the answer you're looking for? Browse other questions tagged postgis shapefile postgresql import encoding or ask your own question.