I have a CSV file with mainly UK data - postcodes that I have then referenced to there Latitude and Longitude. I have 5 rows that are outside the United Kingdom, so I have looked up the Latitude and longitude of these points and also added these to the dataset. 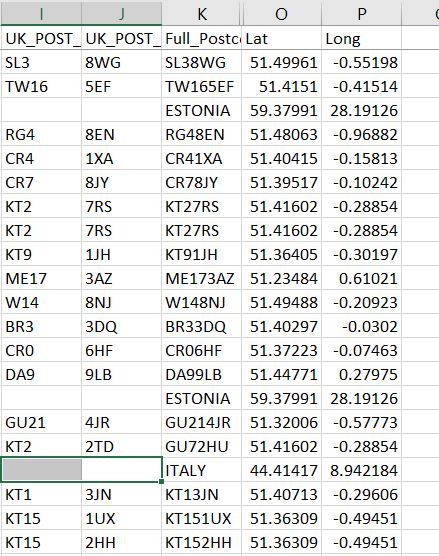 I am trying to plot these points on a world map - the aim is to eventually create a webmap using qgis2web. I have got a shapefile I have downloaded from Eurostat: 1:10 Million World Point / Line / Polygon Shapefile 2014 ETRS89 When I add my delimited text layer in QGIS using the latitude and longitude values the points are way off where they should be even when choosing ETRS89 as the coordinate system. 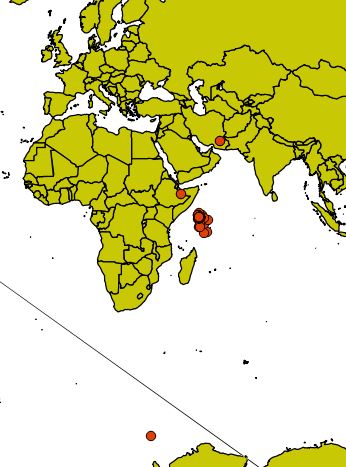 The majority of the points should be sitting above London in the UK, but are actually off the coast of Africa!

I have tried using different coordinate systems and basemaps, but I cannot get any of them to line up. I know it is probably something really simple, but it is baffling me currently.

From the image you are most probably reversing longitude and latitude. When you use the Add Delimited text option be sure you are selecting the column "Lat" as the Y value, and "Lon" as the X value.

Not the answer you're looking for? Browse other questions tagged qgis coordinate-system coordinates csv or ask your own question.

0
How to scale/reduce my polygon without changing the central lat / long?
6
What does coordinate system WG 21° mean?
2
Why do imported excel long/lat points not align with basemap?
5
In QGIS all my points end up at 0,0
0
Converting XY coordinates in the Iberian peninsulate to lat, lon?
3
CSV file projection not aligned with Basemap