ArcSDE how to Change Allow null values to “NO”

I have created a few feature classes on an SDE using ArcCatalog and initially when I created them I set "Allow null values" to yes. I was wondering if this can be changed back to "No"? It is ArcSDE 10.0 on Oracle 11g. I need to disallow null values to minimise the amount of time spent on QC of null values inserted by default by the user.

In response to your comments, your idea to disallow Nulls and have a domain will still not force users to input a value. If they don't pick a value from the Domain, it will just be an empty string "" instead of a <Null> 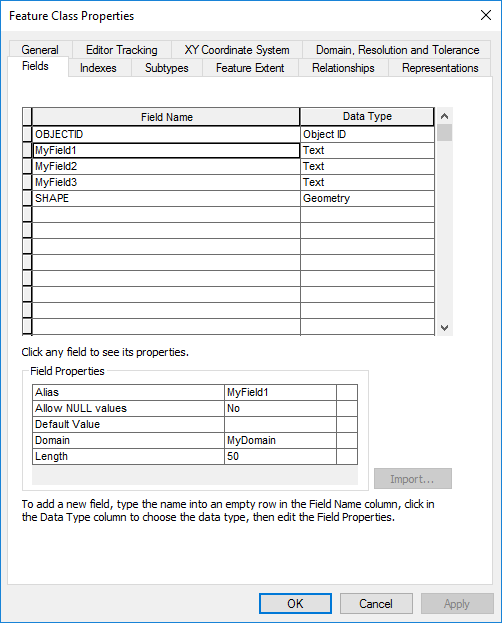 I created three points, and left some of the fields blank. I was able to do this on all three fields, it doesn't force me to input on any field.

As you can see when I use the Identify tool on the points, MyField1 is blank (not Null) and MyField3 is Null - both of these fields I left blank when I added the point, it honoured the No Nulls by saving an empty string. 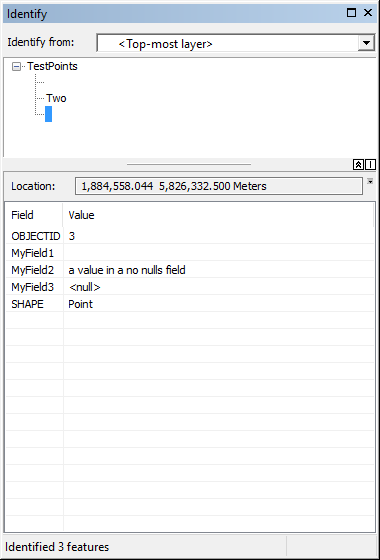 Even if you set the attribute window to pop up on feature creation (Editor > Options > Attributes), it still won't force you to enter any values, so Nulls/Blank values are still a possibility. 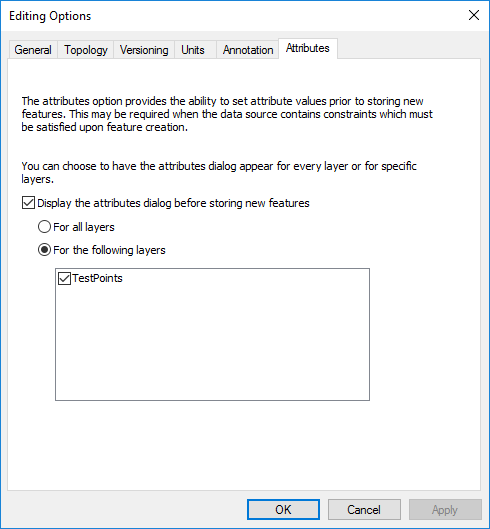 When Display attributes dialog before storing new features as enabled, it pops the attributes window up as soon as I create the point, but I can just click on OK to close it. 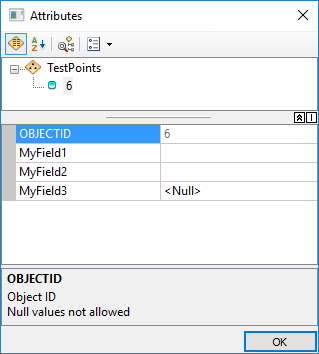 Not the answer you're looking for? Browse other questions tagged arcgis-desktop enterprise-geodatabase arccatalog null sdelayer or ask your own question.

11
Register SDE view and Layer
2
ArcSDE: Specifying fields to not allow null values
4
No domain coded values on REST Arcgis 10.2
5
how to allow null values in a feature-layer
1
How to created the filtered versions in ArcSDE 10.1?
1
Upgrading from sde 9.2/oracle10g to sde 10.2/oracle11g
2
Why might data sources of Current ArcSDE layers vary in way they are listed?
2
Changing font size of annotation class in ArcGIS Desktop?