Getting shapefile of habitat data to split itself into each separate buffered area using ArcGIS Desktop?

I'll explain what I'm working with from the beginning so that hopefully I'll be coherent. I am using ArcMap 10.4.1. I have a set of 1037 points in a 500m grid in my study area and am interested in an area around each point with a 1250m radius. So, I created a 1250m buffer around each point. I also have a shapefile with habitat data for the entire study area and I am interested in knowing the habitat composition of EACH buffer zone.

With another dataset where my buffers were only 115m and so did not overlap, I managed this by using a spatial join with intersect of the buffer shapefile and the habitat shapefile, using Multipart to Singlepart to split the habitat polygons, and then Recalculate Geometry to get the new area values within each buffer zone. 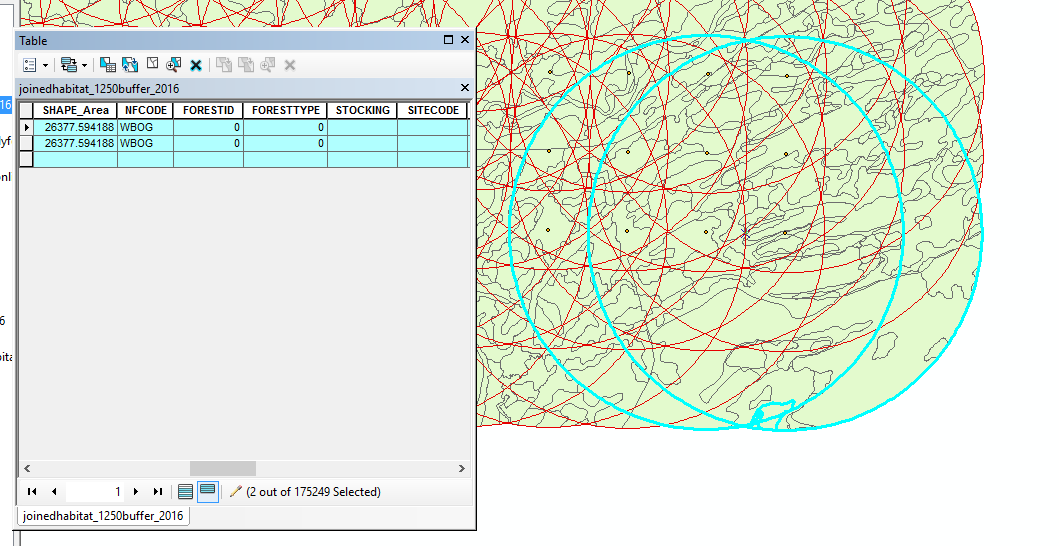 The only other thing I can think of is to manually select each buffer zone and do a spatial join on each one, but I'm hoping someone knows a better way, since I don't particularly want to do that 1037 times. Any ideas?

I don't have ArcGIS at the moment, but I would start with Union between the buffers and habitat polygons to get areas that are clipped with all boundaries.

Then you should be able to do what you want. Maybe iterate every buffer polygon and Select by location and do calculate geometry. I think this can be done in modelbuilder and arcpy.

Not the answer you're looking for? Browse other questions tagged arcgis-desktop buffer arcgis-10.4 spatial-join or ask your own question.