I am using GeoServer v2.10.1. I have created a layer for testing using "Geo-tiff" store and later published it that computed "Native and Declared" Coordinate reference systems and computed "Bounding Boxes" automatically from image raster/data. 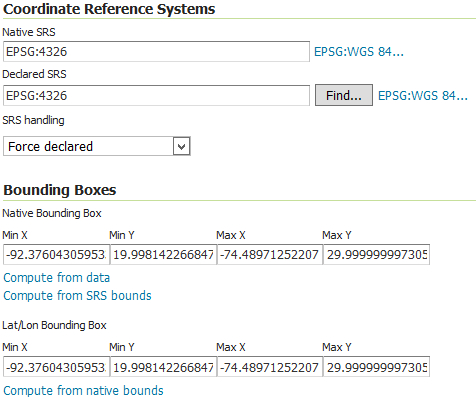 After creating layer I called WCS GetCapabilities operation and found my layer/coverage in available coverage. Next I have tried calling WCS DescribeCoverage Operation and found that the coordinates under Bounding Box are rotated as shown in figure. 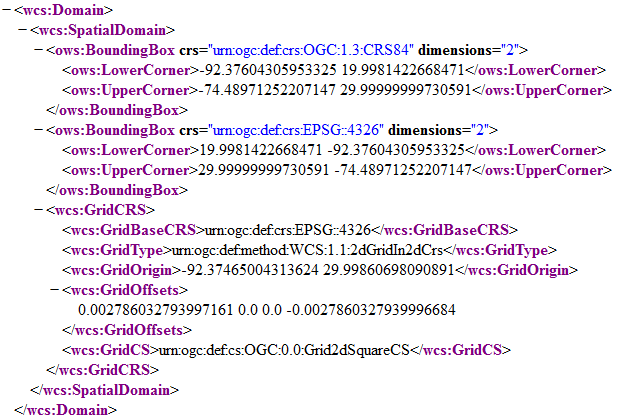 For the confirmation I tried GetCoverage Operation on same coverage and the image downloaded was also rotated.

So is this default WCS behaviour?

As I have tried the same layer using WMS (in OpenLayers) and get the correct image.

There is no "rotation", what you are seeing is an axis flip, read more about it here: https://wiki.osgeo.org/wiki/Axis_Order_Confusion

Long story short, the UI reports data in lon/lat order, but the recent versions of OGC protocols demand the axis order to be lat/lon instead, that's why you see the "inconsistency".

Not the answer you're looking for? Browse other questions tagged geoserver geotiff-tiff wcs getcoverage or ask your own question.