processing.runalg on a shape where lower left and upper right is a bad option

I'm trying to develop a plugin for QGIS where I want to extrapolate points to a surface. The plugin needs to handle 100,000 points rather quickly and following code works alright. The problem is the extent. 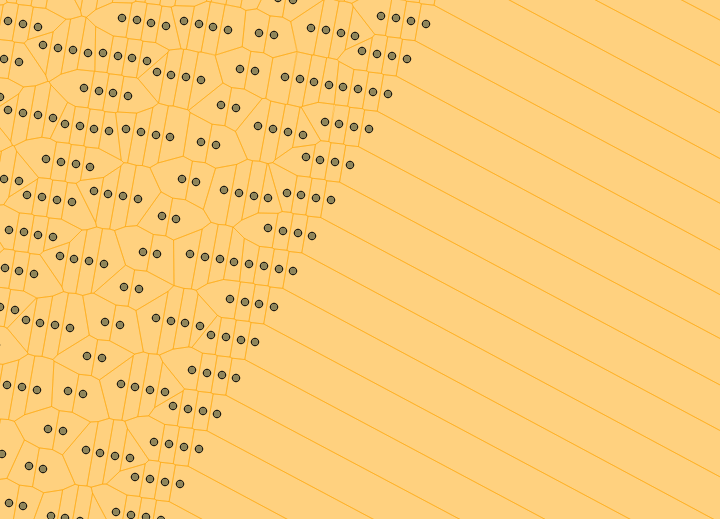 I have tried to implement this solution hence the code became much slower and with the same problem. This picture is a part of the field, the dots are the original data points, the solid polygons are the ones from the grass processing voronoi algorithm and the dotted line polygons are from ST_DelaunayTriangles link. 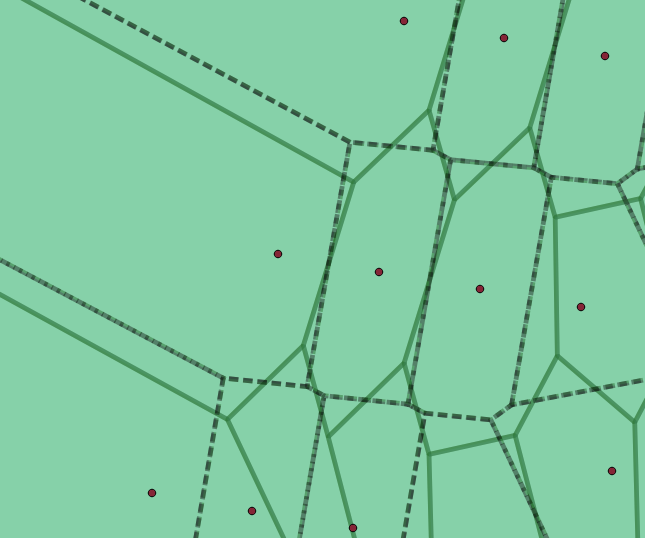 This just a part of field, I wasn't able to run the complete field, since it was taking too long time. Hence, the problem remains that I can't set an outer boundary of the field.

Writing this post might solved the problem. The solution might be to do the grass voronoi diagram first and the make an st_within to remove the unnecessary parts afterwards.

Well, I solved the problem with the st_intersect function, the implementation is not perfect it is a little bit slow hence it works! Here is a part of the code that does the "magic". mplPath is part of matplolib. defined_field is the field as the user manual choose. shp is shapefile imported as shp. The polygon_file is the output from the voronoi processing. temp_polygon is temporary postgres table no_intersecting_point is a function that checks that the point is within "defined_field". This works not 100% because of the projection so I "cheated" and added an ST_buffer on the defined_field.

Hope this can help someone.

Not the answer you're looking for? Browse other questions tagged qgis pyqgis or ask your own question.

14
How to use ST_DelaunayTriangles to construct a Voronoi diagram?