To make it simple : I have a raster converted to vector, so now it is a polygon (several polygons). I'm doing an interior buffer exactly how it is described in the manual. I didn't obtain the same result. I can see the interior buffer just in some polygons, not in all of them -> 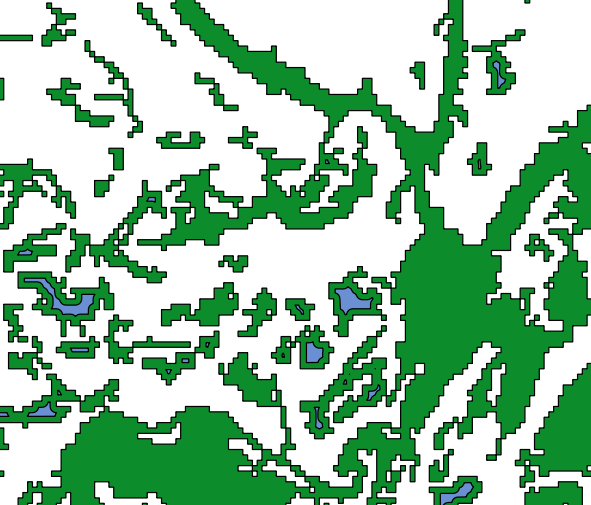 The interior buffers appear just for those polygons, that don't contain a hole. I use qgis 2.18.3.

This is how i created the interior buffer -> 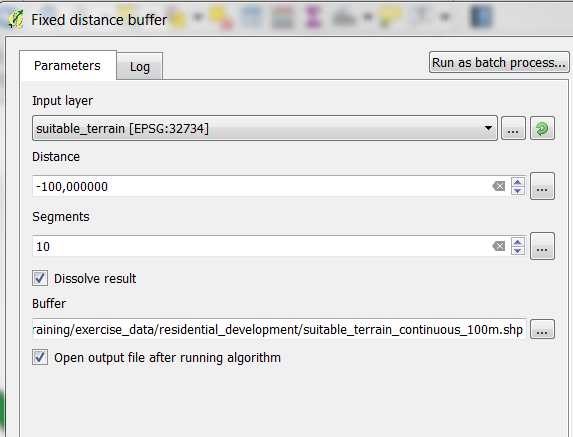 In green you see the input layer : suitable_terrain, in blue the output layer, the interior buffer.

It is not a problem of a projection. I use WGS84 UTM Zone 34S where the units are in meters. I did also the Check validity and i obtain the same result.

I tested the Processing toolbox -> QGIS geoalgorithms -> Vector geometry tools -> -> Fixed distance buffer on a polygon shapefile that has holes, as in your case, and I have got the same result that polygons with holes are not considered for interior buffers of -100 m distance. 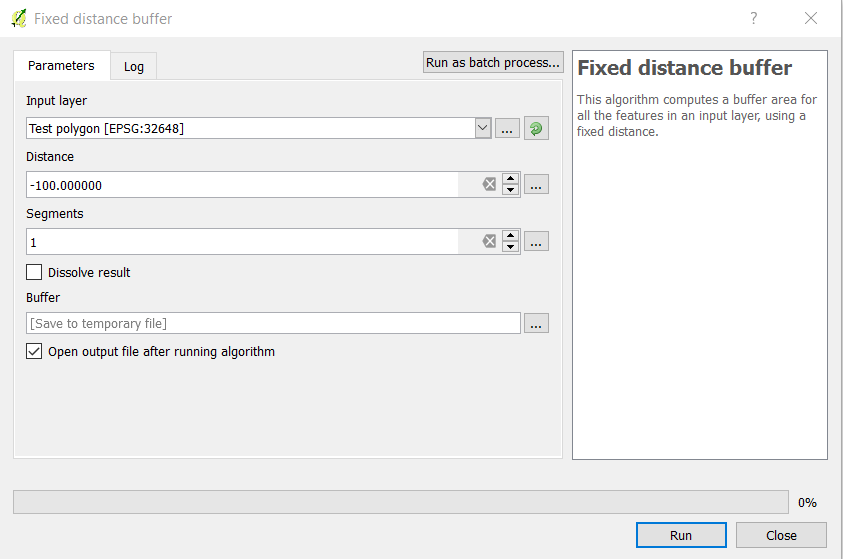 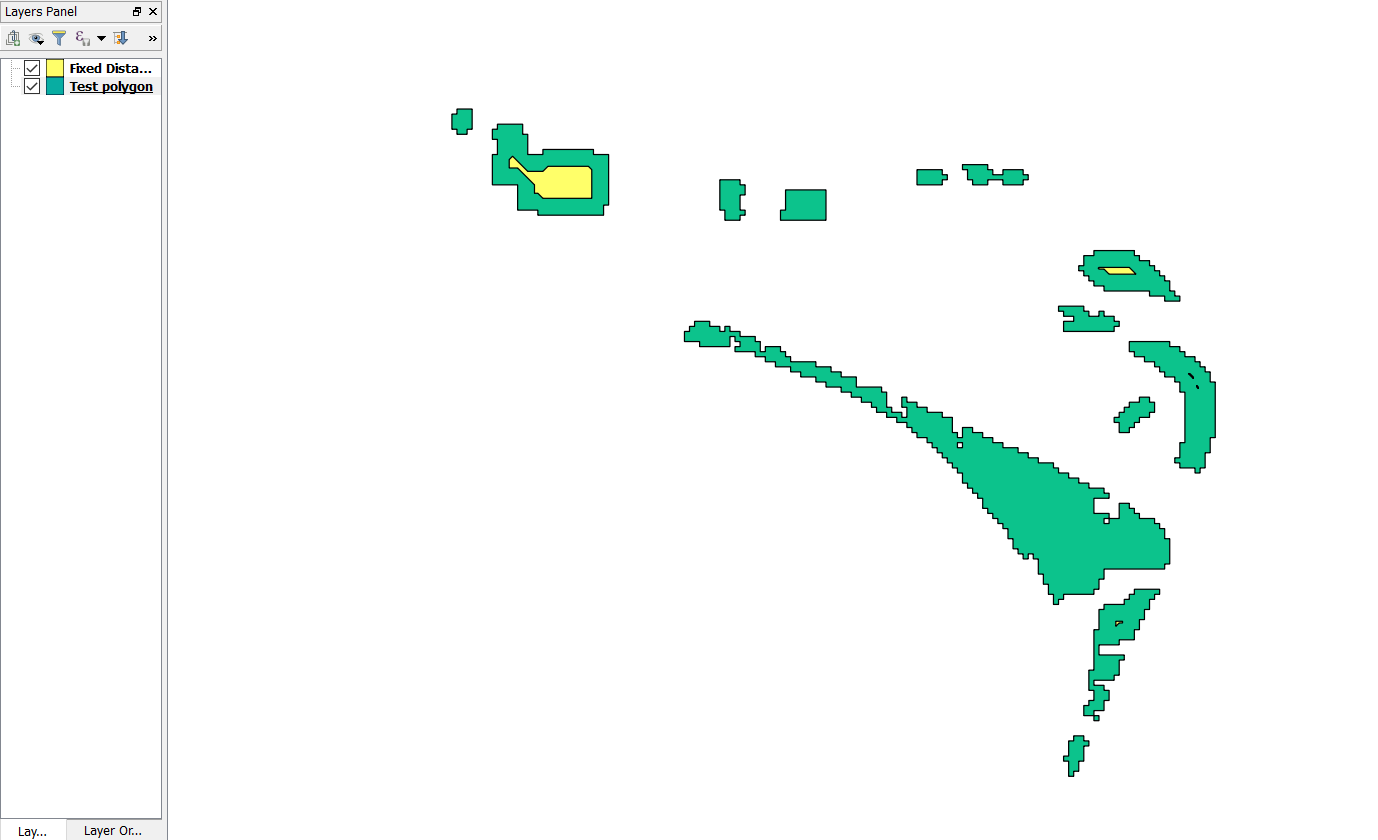 However, when I used the buffer vectors located under Processing toolbox -> GDAL/OGR -> [OGR] Geoprocessing -> Buffer vectors, I got the correct result that you want of distace of -100 m, as you can see below: 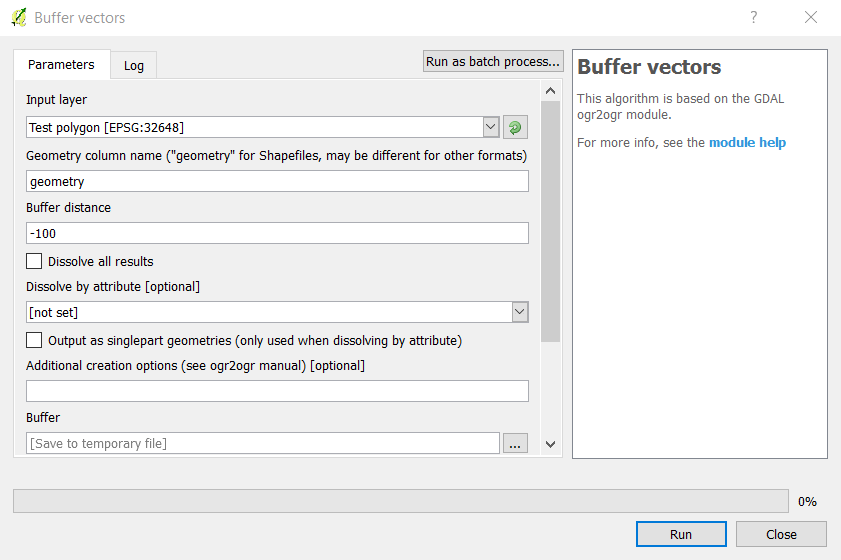 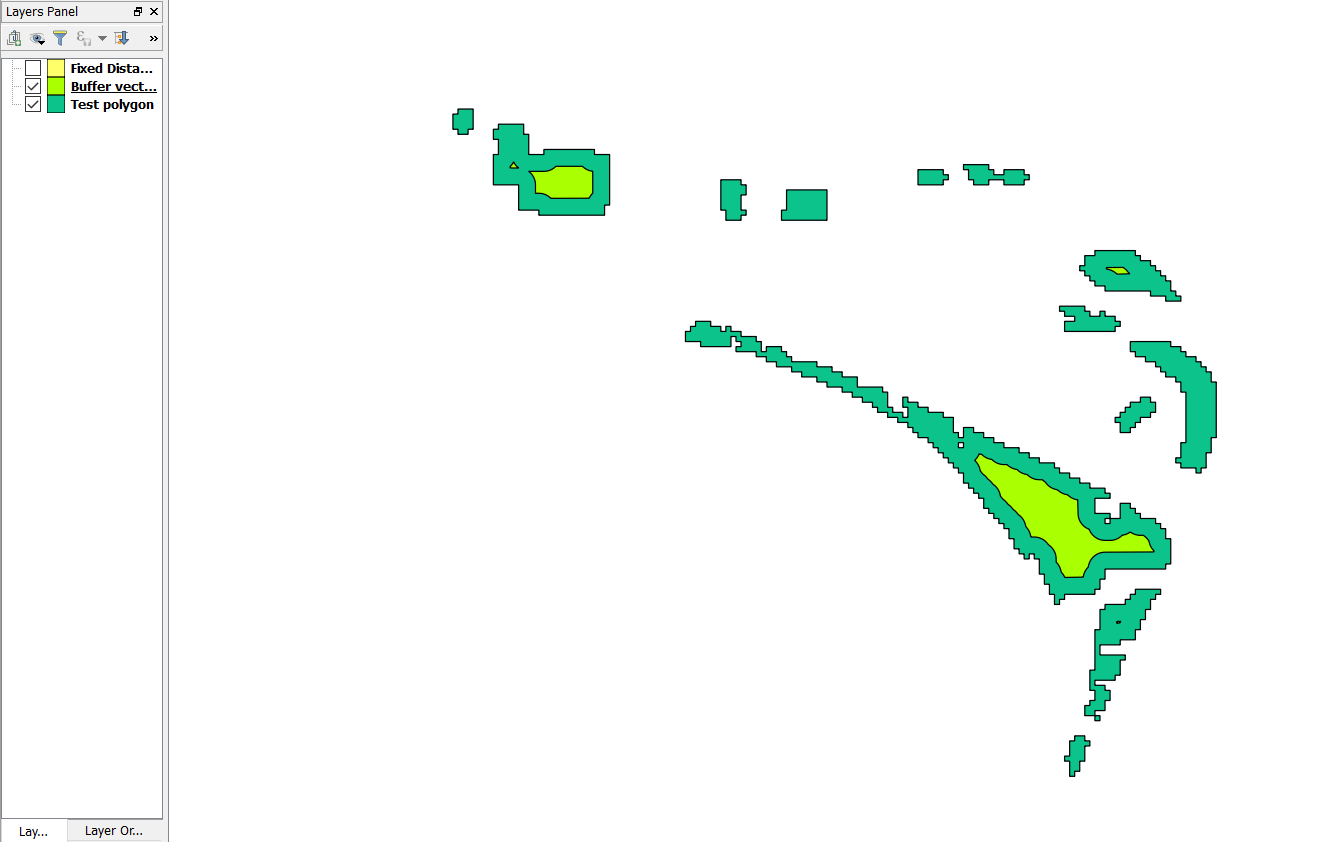 I noticed that the buffer shape is different between the two results, but it is more accurate in [OGR] Buffer vectorstool than in QGIS Fixed distance buffer tool.

You need to use Processing toolbox -> GDAL/OGR -> [OGR] Geoprocessing -> Buffer vectors in your analysis.

Not the answer you're looking for? Browse other questions tagged qgis polygon buffer or ask your own question.

4
creating a buffer in a raster layer
3
Separate a polygon in different polygons depending of the distance to another polygon
3
create polygons and fishnets of specific size and orientation and buffers
0
SAGA error (Segmentation fault) with running QGIS
5
Creating buffer in QGIS without including surface of original polygon?
2
Postgis and QGIS inner buffer issue