We have some integration between our Assets system and our ArcGIS 10.3.1 system. The ArcGIS SDE is versioned. The assets system uses its own version (lets call it 'Assets'), and there is another version, 'QA', that all the editors use (actually, they use their own child versions of 'QA', but lets keep it simple for now).

However, they can (and must) change spatial data (geometries) in the GIS.

Every night, an automated Python script reconciles and posts both of these versions to the DEFAULT version. In fact, the script runs twice every night so that the changes from each version get reconciled back to the other version, via DEFAULT.

The Python arcpy script uses the following line to run the reconcile/post:

(where versionList is a list of 'QA' and 'assets' versions).

I could change "NO_ABORT" to "ABORT_CONFLICTS", but that would just result in no reconcile/post occurring.

Is there any way to automatically log/notify of conflicts during this process? If set to "NO_ABORT", conflicts don't appear to be logged at all!

Even better, is there some way to automatically manage conflicts (eg, rule-based of some kind)?

In my testing I had two versions. 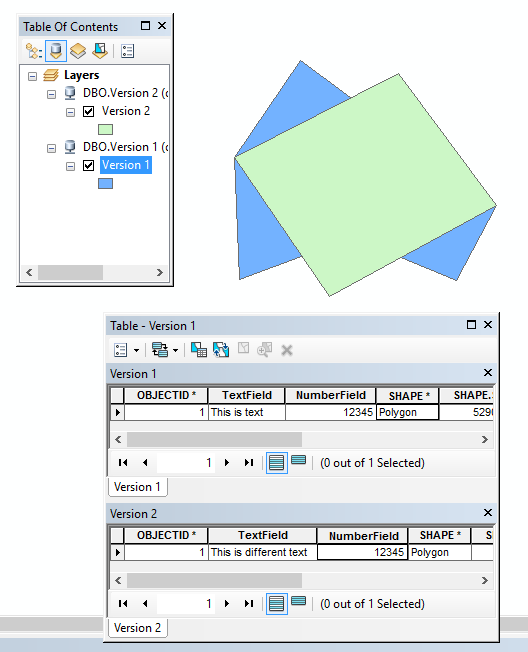 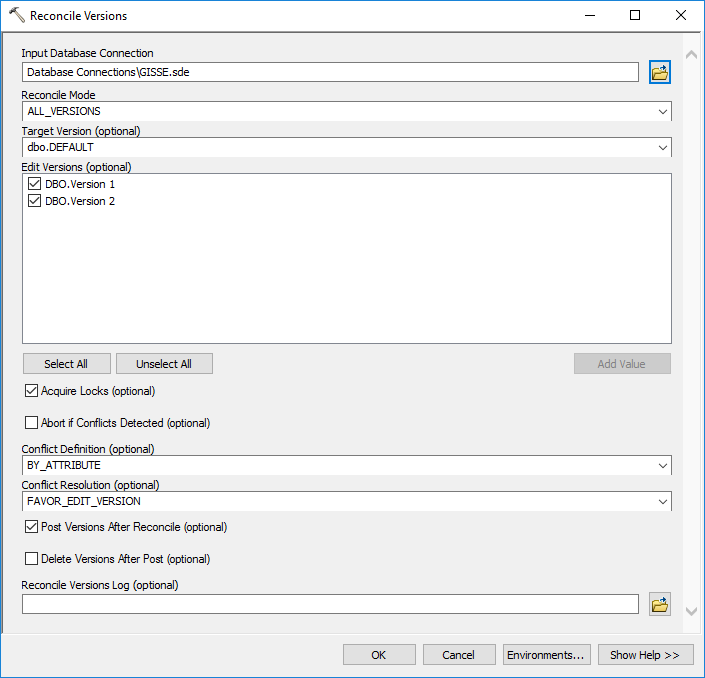 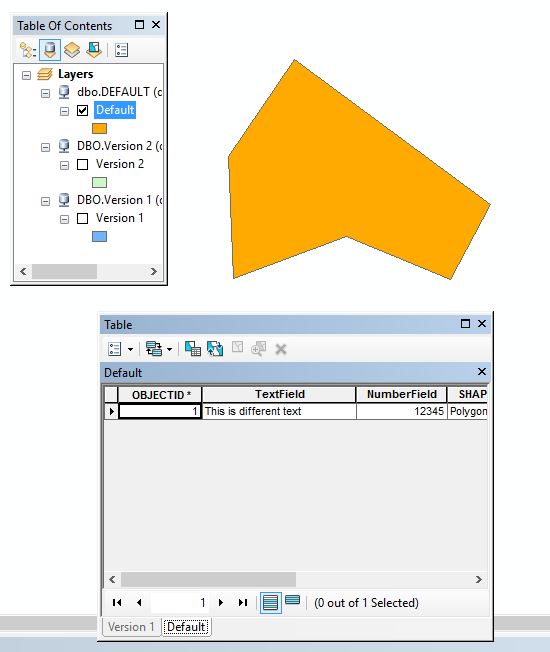 Not the answer you're looking for? Browse other questions tagged arcpy arcgis-server enterprise-geodatabase versioning or ask your own question.