My SHP file does not appear on my base map

I am using QGIS 2.18.3 with a base map named Natural_Earth_quick_start_for_QGIS

I use Australian Albers EPSG: 3577

When creating a bunch of polygons on my base map, my QGIS suddenly stopped working. So I had to re-start QGIS and added vector layers that I was working on again. After retarting and changing the default coordinate to Australian Albers EPSG: 3577, almost all of the layers that I have just created previously do not show up, except for the layer named Cambodia Chamic1. 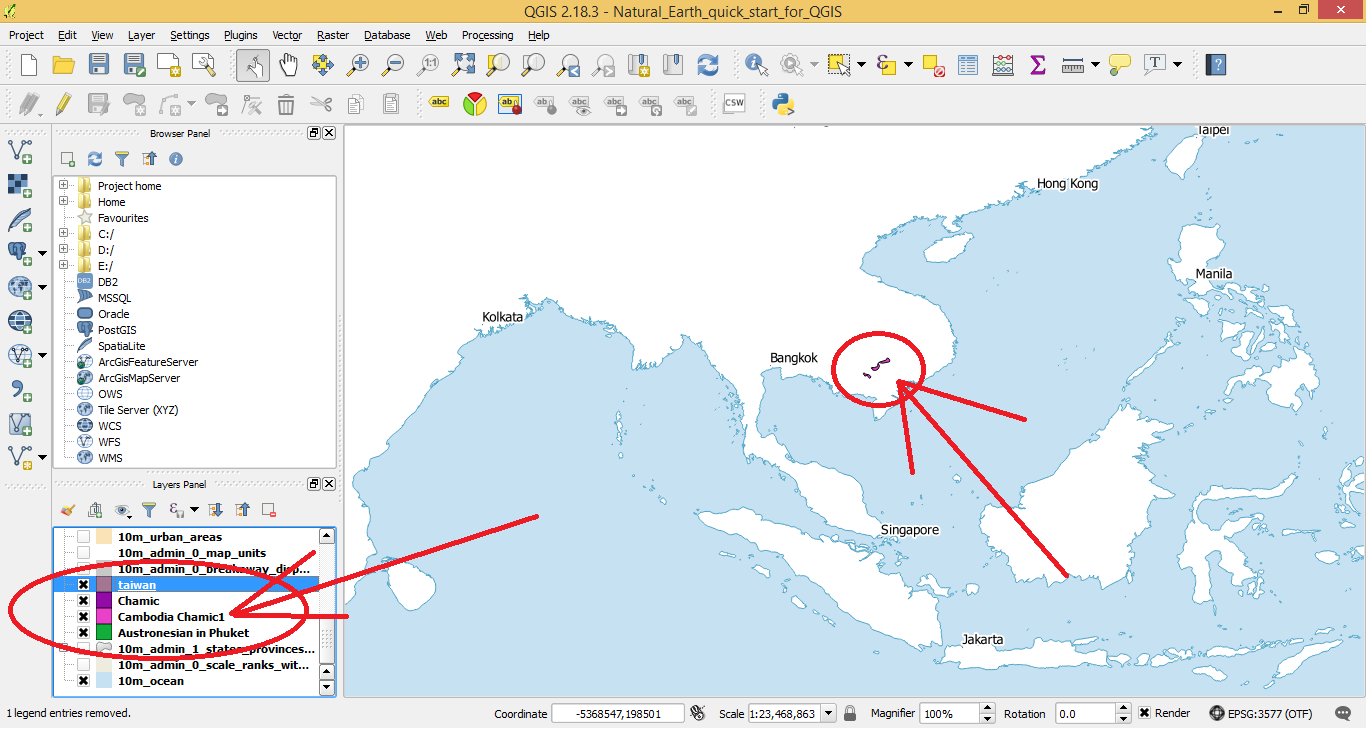 What seems to be the issue here? how to make them show up. 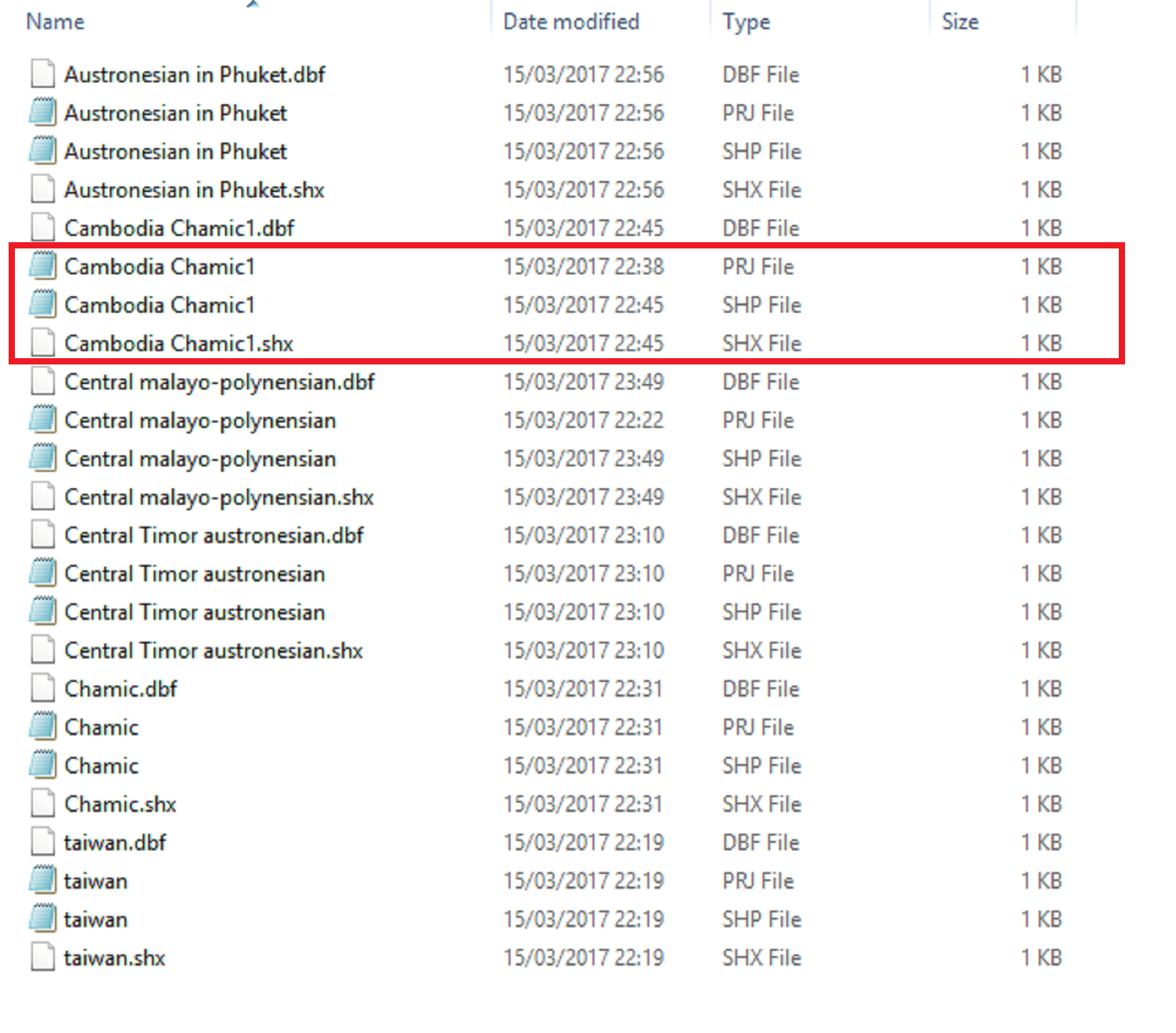 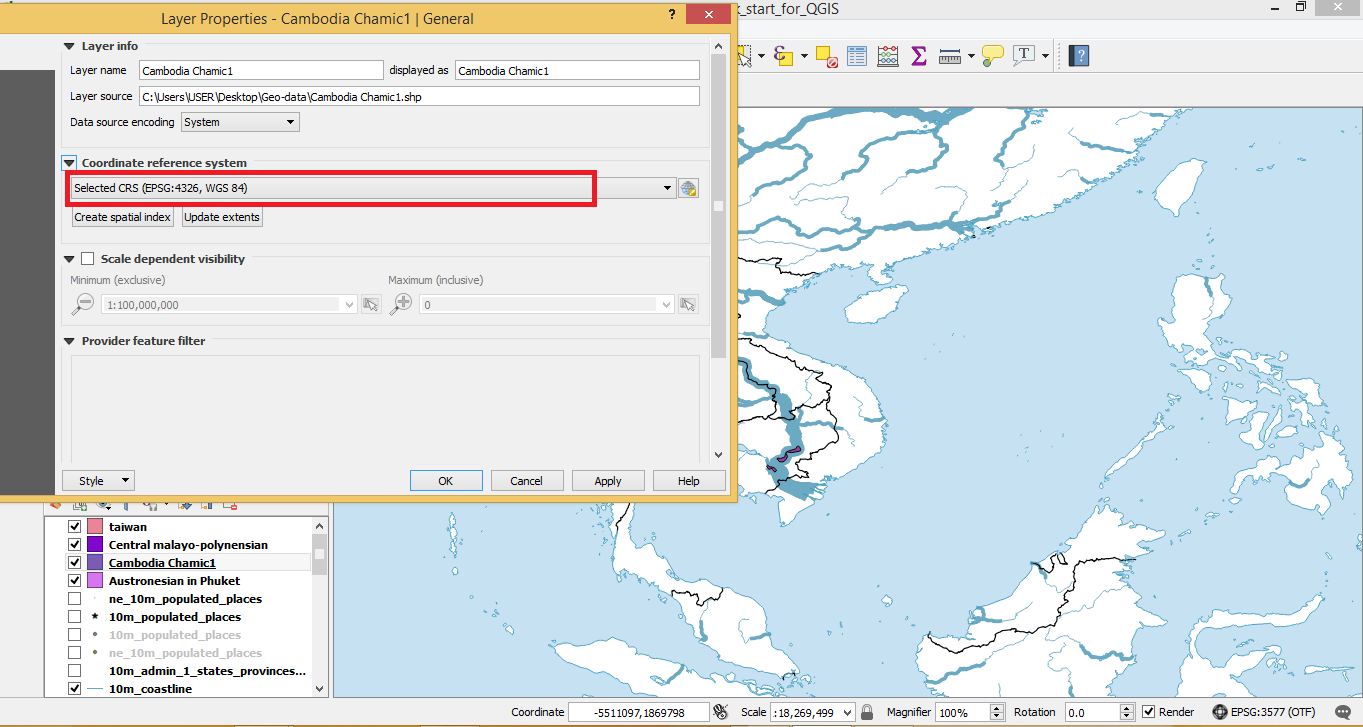 But the layer named Cambodia Chamic1 still shows up on my base map, whereas other layers having the same setup do not show up.

When I change the Coordinate reference system of all of my layers from WGS 84, EPSG: 4326 to Australian Albers EPSG: 3577, the layers that have not shown up still do not show up 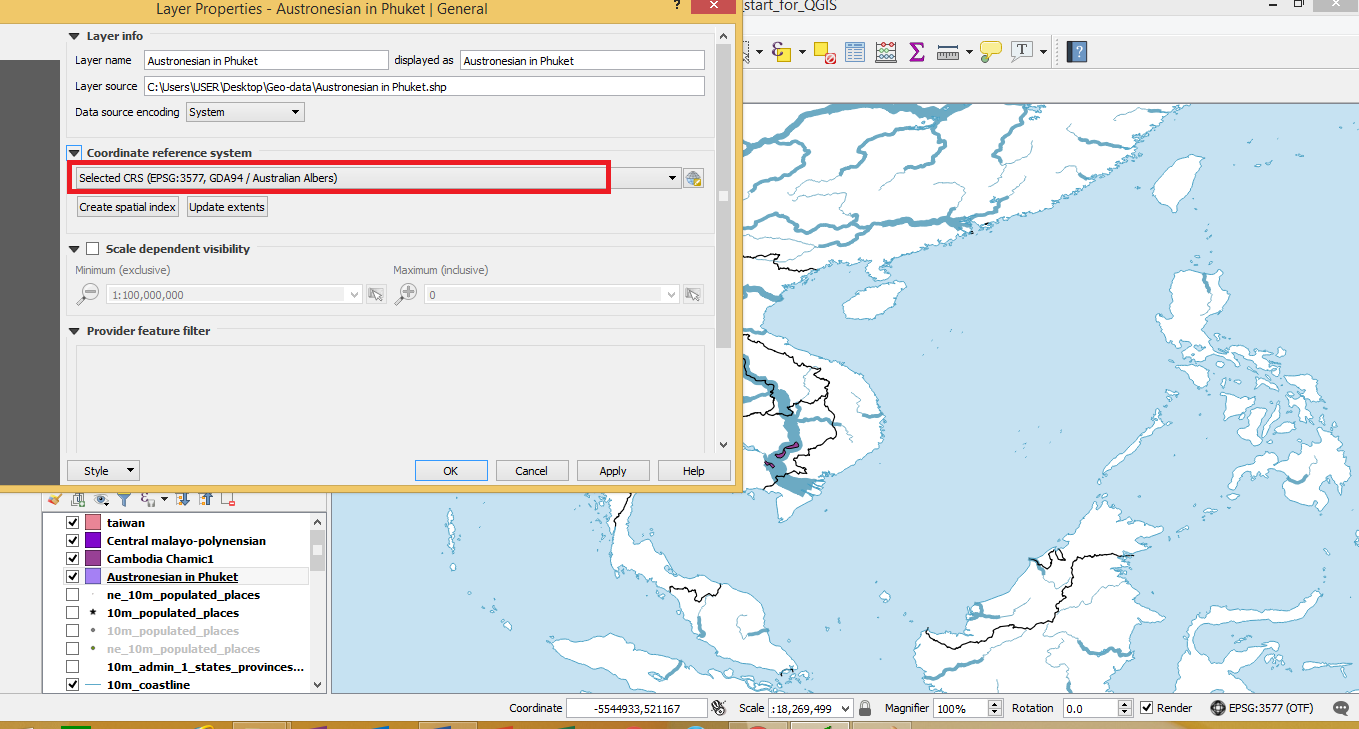 and the only layer that's showing up (Cambodia Chamic1) suddenly disappears. 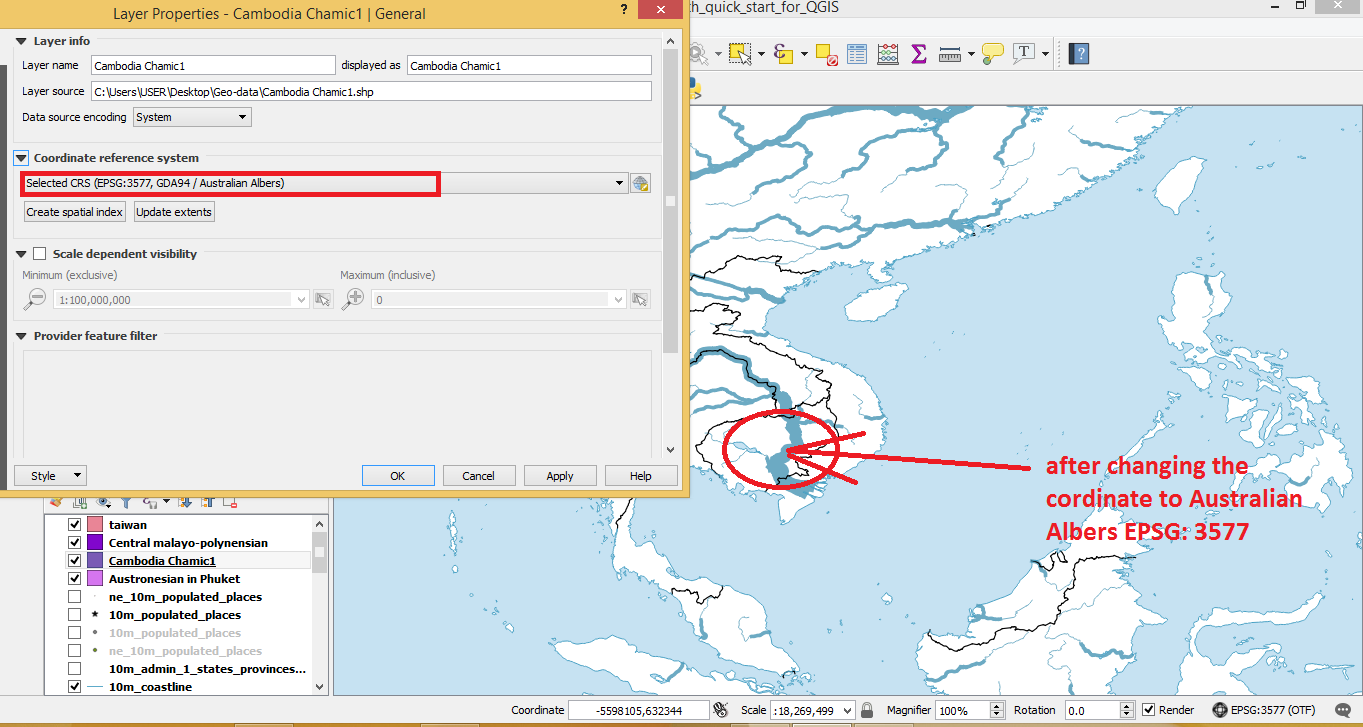 (I am not allowed to comment yet due to the reputation limit, please consider this like one...)

I might be wrong here but the file size of all your data is 1Kb, according to the picture you provided. It is possible (especially when in edit mode while the crash occured), that your data got corrupted (I had similar experiences in the past). This does absolutely not need to be the case or the reason for those layers not showing up, one can add a couple of polygons without increasing the file size and having CRS related issues is way more likely! But, with the layers loaded, could you check the attribute tables, just to be sure there is data? Or is that only a created list representation of the files? Then: nevermind...

Not the answer you're looking for? Browse other questions tagged qgis shapefile polygon polygon-creation vector-layer or ask your own question.

2
Shouldn't QGIS read the proj definitions from the spatial_ref_sys table?
2
kml does not overlay correctly in QGIS
2
Re-projecting base map (WGS 84 EPSG: 4326)
1
QGIS layer not visible