How to compute Tree Cover Loss by year in QGIS?

I downloaded the geotif "lossyear" from http://earthenginepartners.appspot.com/science-2013-global-forest/download_v1.2.html and have added it as a raster layer to my QGIS project (version 2.16.1). 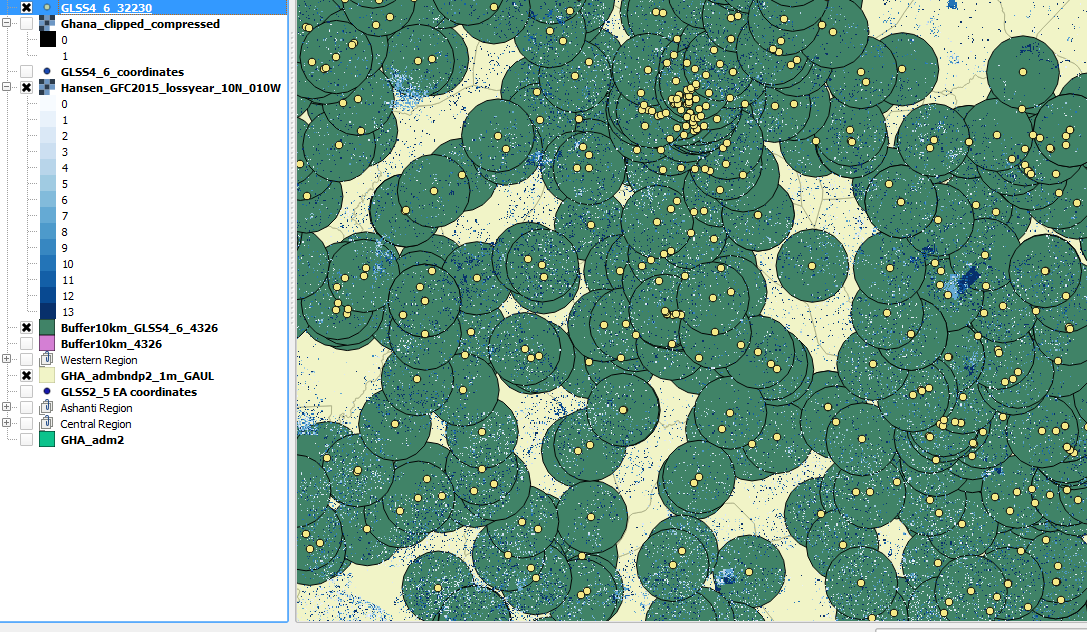 I used "Raster/Zonal Statistics" before to compute the % tree cover loss from a different tif that shows a dot for locations with treecover loss between 2000 and 2014 (so no distinction by year). But how can I distinguish between the different colors i.e. years in this case here, given that its just in a singleband geotif?

Browse other questions tagged qgis raster geotiff-tiff or ask your own question.