I am using QGIS and I am looking for a script, or a plugin, that can create a large number of perpendicular lines from a point layer to lines in a separate line layer.

So far, I've tried to use the Hub Distance function in MMQGIS (turning the lines into points and then connecting the points to the nearest hub) and the respective tool of the QGIS geoalgorithms. Neither worked. Both take more than 2 hours and create either lines all of the layer or lines that are not perpendicular or connected to the points.

In the picture, you can see the present status of the project. The perpendicular lines should run from the points to the nearest line. In the end, I would like to use intersection points with a line between the points and the country borders to create a buffer of 4-sided polygons that is two polygons deep. I mention this in case that there is an easier way of doing this. 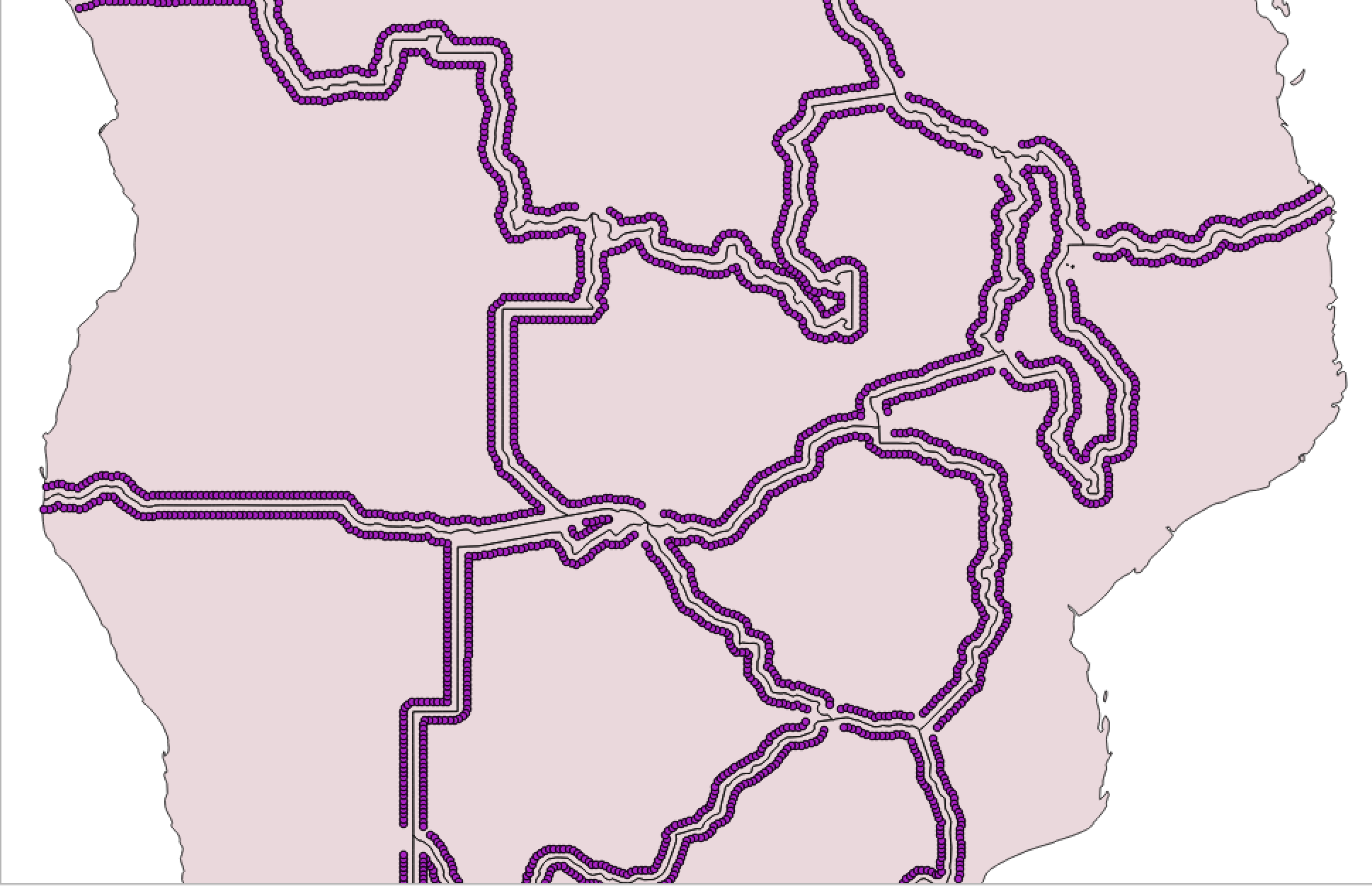 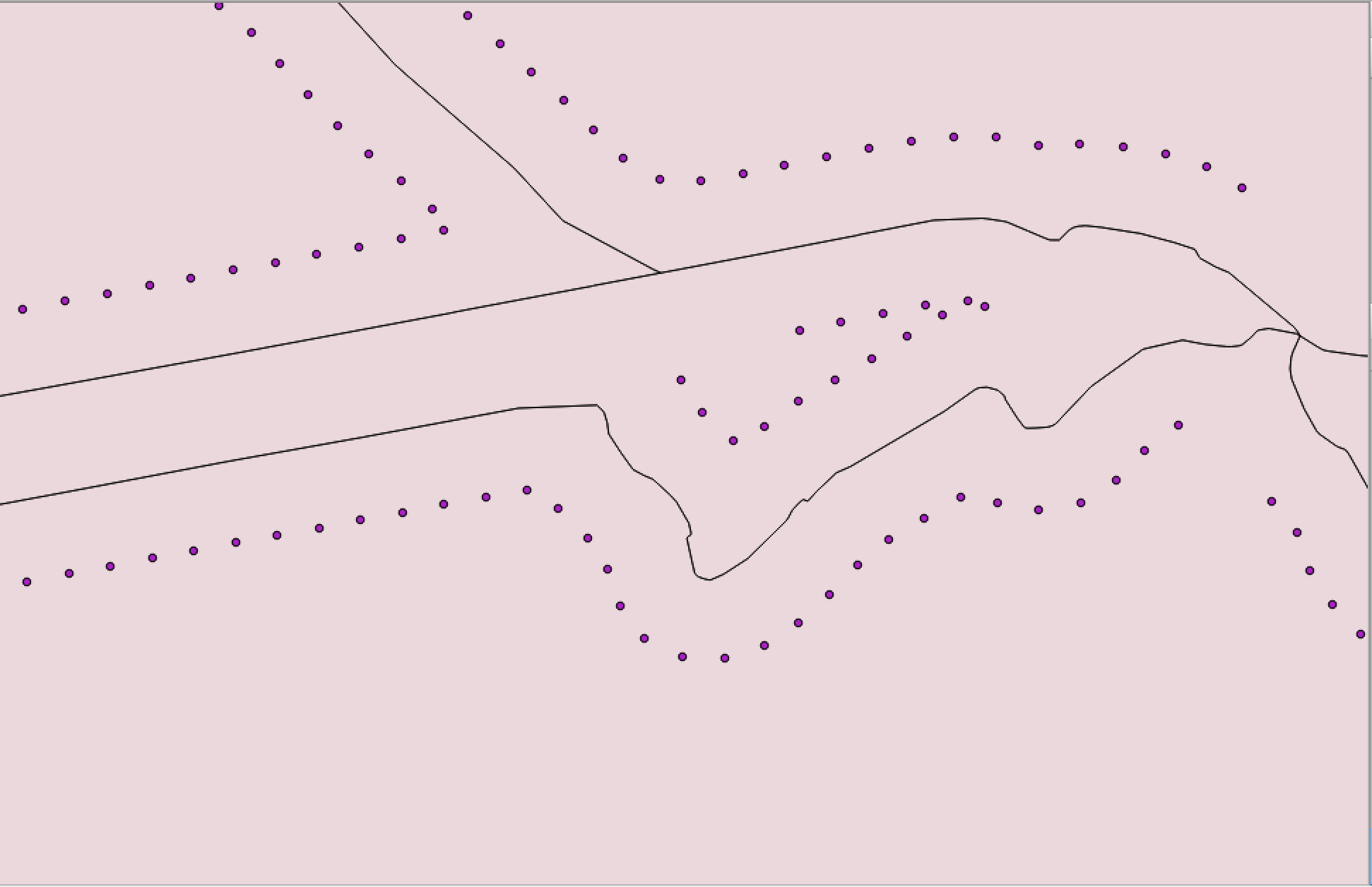 I know that there are some posts on how to create perpendicular lines, but neither of them solved my problem.

Next script automated creation of perpendicular lines between a point layer and a line layer. The perpendicular segments (features of a memory layer) created run from the points to the nearest feature of line layer.

I tried it out with a situation very similar to presented in the question: 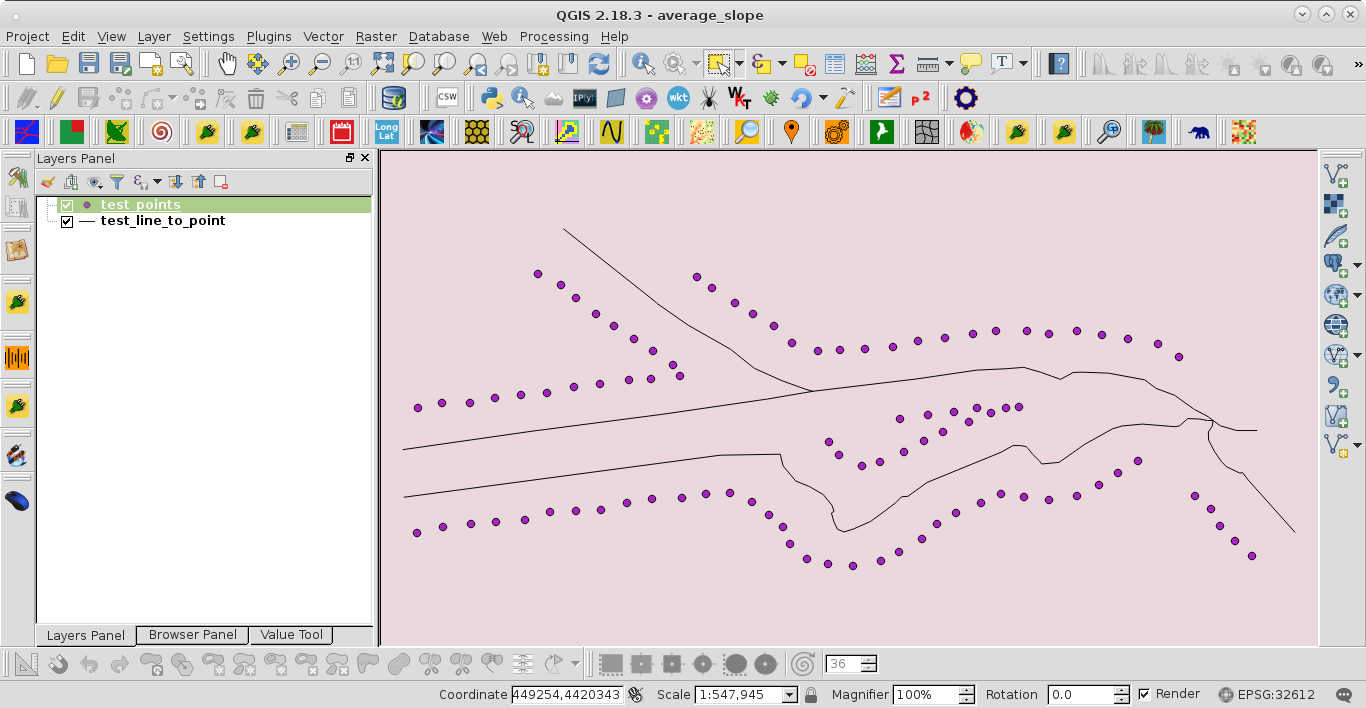 After running the code at the Python Console of QGIS it was obtained: 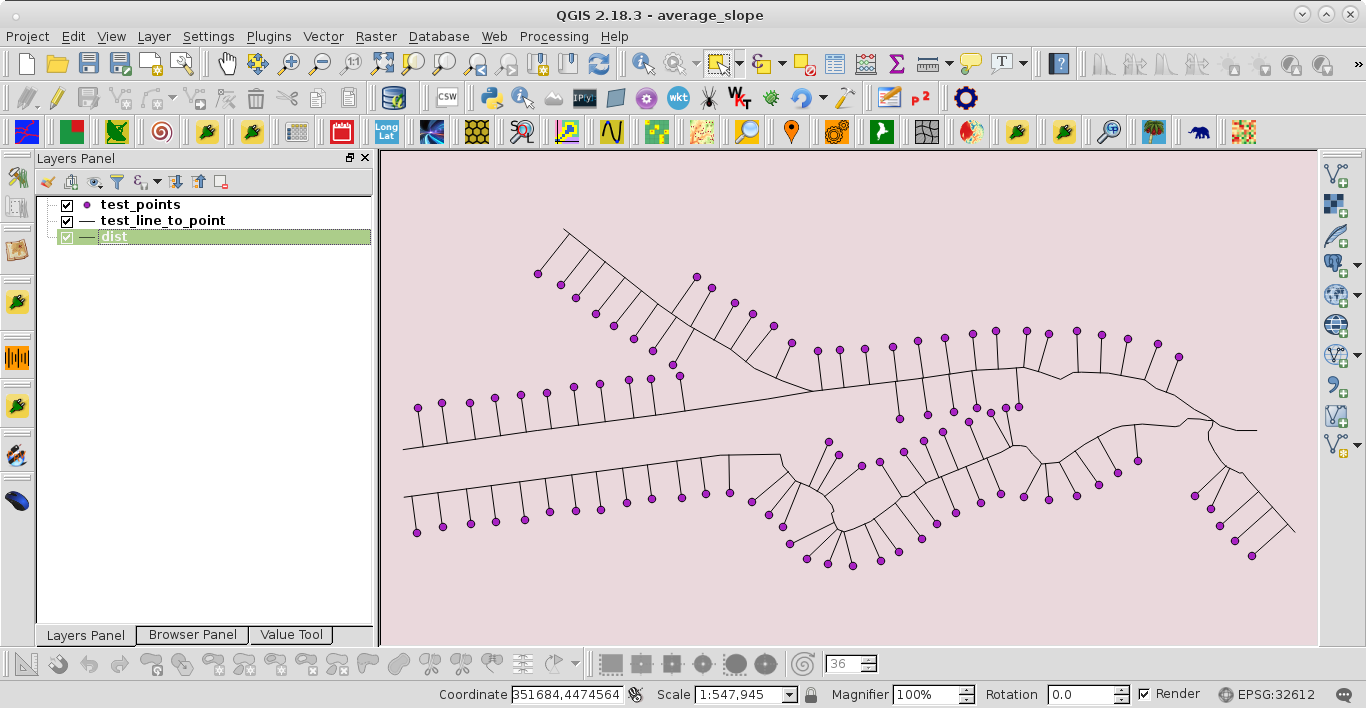 Here is the same code as in accepted answer only adjusted to work with Python 3.x (or QGIS v3.x):

Not the answer you're looking for? Browse other questions tagged qgis pyqgis line perpendicular or ask your own question.