I am on QGIS 2.18.2, trying to generate a map that shows all areas with slope steeper than 10% in a specific color (red in this case) and hides the rest. I followed most of the instructions in this post: Slope Analysis in QGIS but I still have some problems, unfortunately.

Here is what I did so far: I got the raw data from the client in the form of points, imported them into QGIS and, per the instructions from the post above, generated a DEM layer using the interpolation tool. The result had a few weird lines in it. I used IDW as an interpolation method, because when I used TIN it looked even worse. Next I did a slope analysis, which resulted in this picture: 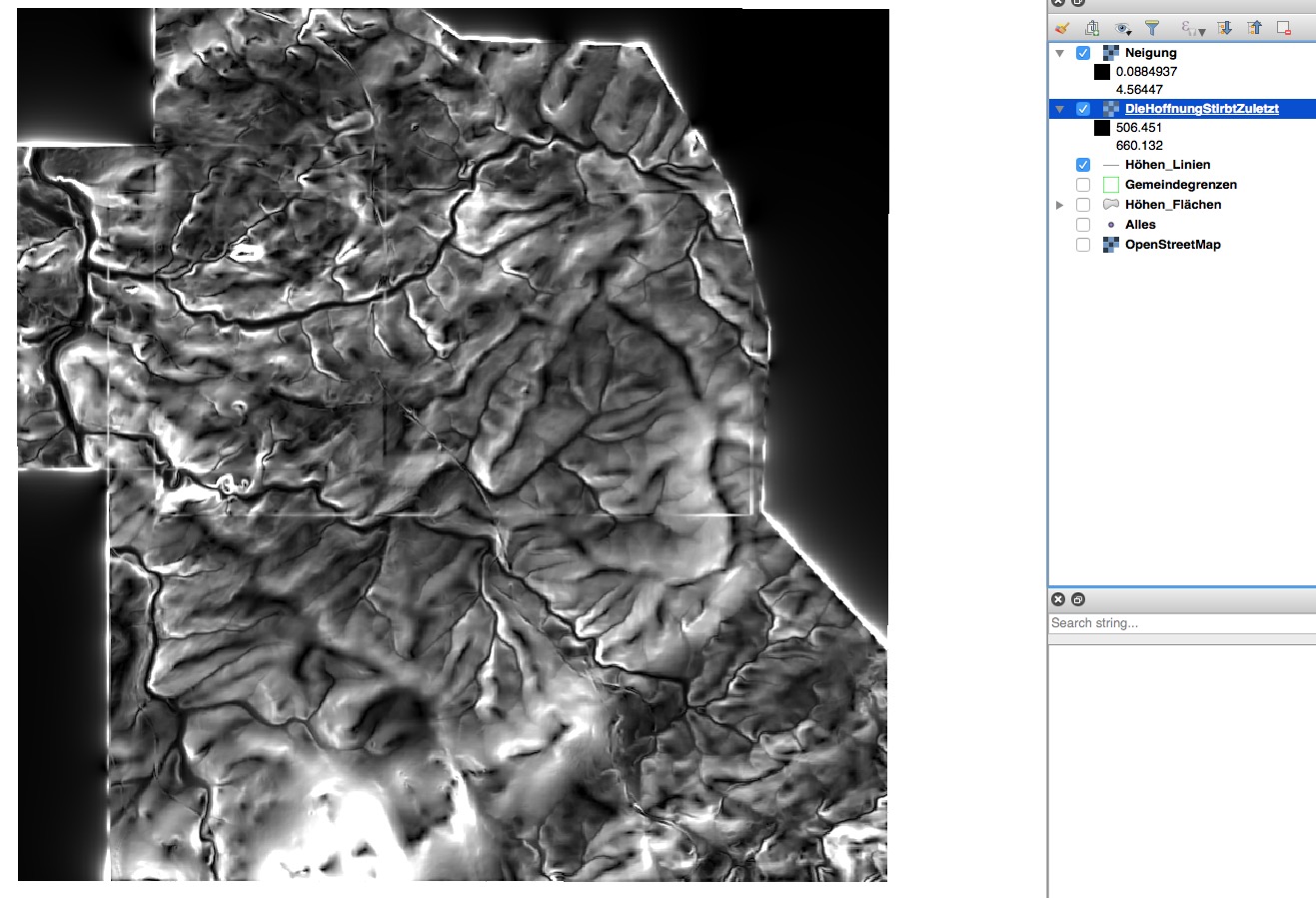 My QGIS is in German. The slope layer is called "Neigung". The weird-looking areas around the edges are expected, that data is missing from the raw file (but that's ok, the only data I need is the area of a municipality in the middle of the area). The problem is that I don't really know what unit the output is in. It should be degrees, but I highly doubt that the steepest slope in the area is a mere 4.56 degrees.

For the slope analysis, I left the z-factor at 1. The points and the raster layers are all in Gauss-Kruger, so everything is in meters, if I understood it correctly. And per the above post, the factor should be one if the vertical and horizontal units are identical, which they are in my understanding (the data points give height in meters and are spaced 25m apart in each direction.

I don't know what exactly the slope tool generated. It should be degrees, but the range does not really fit the situation.

As it turns out, the comment by Matte hit the nail on the head. The slope dialogue generated values in degrees, but for some reason did not get proper min-max values. By manually setting the categories in the layer properties I was able to fix the problem and generate the map I needed.

The z-factor of one (1) was exactly right for height data in meters and Gauss-Kruger coordinates.

6
How to perform a slope analysis in QGIS?