Here is an issue with creating of the ImageMosaic layer in the GeoServer: when trying to preview it in OpenLayers I can only see picture/colors only for several zoom levels and only some tiles and only after clicking. But most of the image is white. However if click to the any white point of the image its possible to observe valid RGB band values below the image: 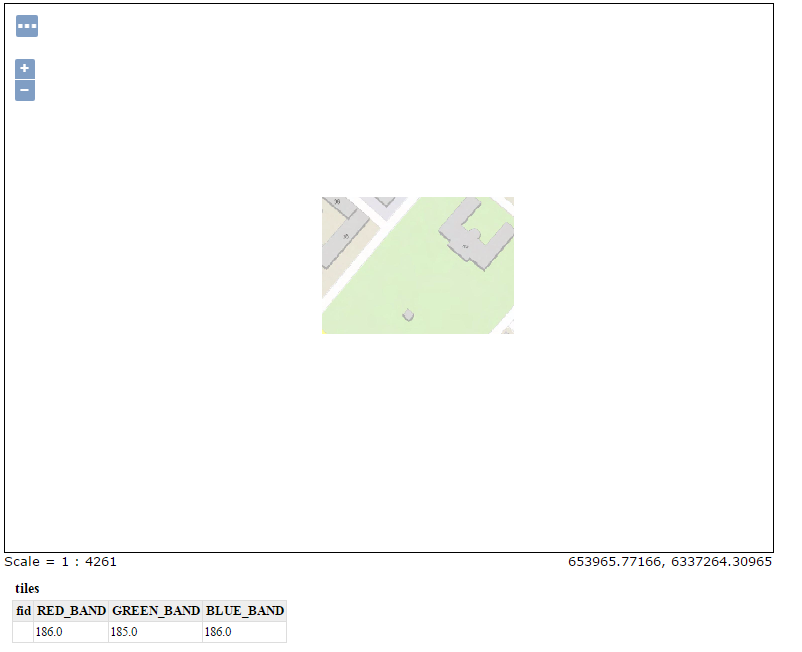 The actual data size covers the city. However data looks fine in the ArcGIS Explorer Desktop.

Could it be possible that provided data is invalid or wrongly formed and inappropriate for GeoServer? Or am I doing something wrong?

I've also tried to join the .tif and all other related stuff (.tfw and so on) and add the result tiffs as single GeoTiff images as well as warp to the EPSG:4326 but the result is same.

Probably it is same issue as described at link but I'm not sure.

UPD: I've tried to add my geoserver WMS layers as a source GIS server into ArcGIS Explorer Desktop. The result is following: 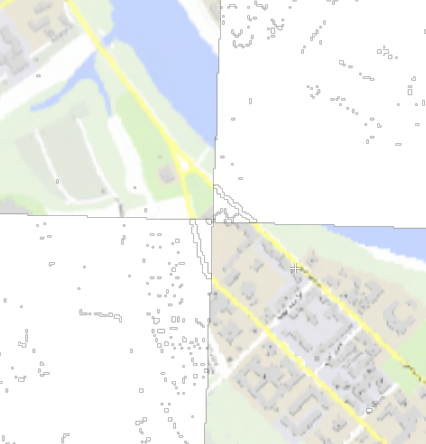 So looks like on the different zoom levels the color data is visible for some areas. For other areas on the same zoom only contours are visible.

UPD2: Merged to one big (120mb) GeoTiff the output looks better but on the closest zoom the problem still exsits.

Looks like the problem is similar to this one: 16Bit Tif In Geoserver.

Not the answer you're looking for? Browse other questions tagged arcgis-desktop geoserver geotiff-tiff image-mosaic or ask your own question.