How to do a spatial join in QGIS with two layers with different CRS?

I am trying to do a Spatial Join (Link Attributes based on location) with two shapefiles. What I want to do is determine which streets are in a certain region, or in other words are contained in that region. 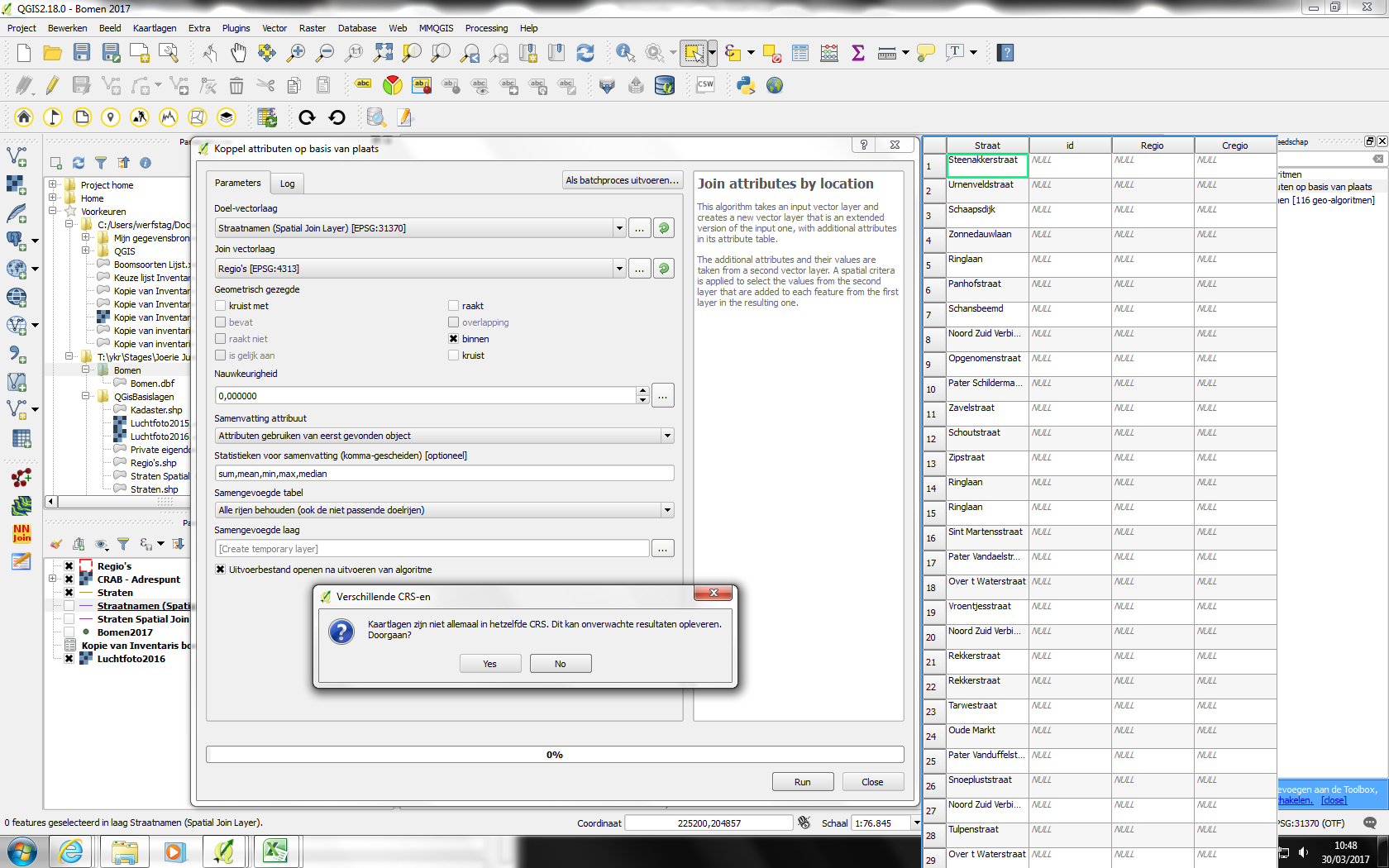 I have CRS transformation on so QGIS is actually projecting it in the right place it should be.

However, when I have tried to to change the CRS from WGS 84 to lambert 72, either it does not work, or the location changes?

I thought it would not change anything but I was wrong, as you can see in the table above all value's that are joined to the street layer are NULL.

How do I solve this?

You need to have both files in the same CRS. The on-the-fly transformation sadly only works visually, all calculations are still depended on the raw data.

Not the answer you're looking for? Browse other questions tagged qgis qgis-processing qgis-2.18 or ask your own question.

1
How to Join Attributes by Location in QGIS 1.8.0
1
QGIS Spatial Сross Join attributes
3
Spatial Join Hangs on Two Specific Shapefiles in QGIS 2.8
5
Why do layers with different CRS overlap fine but cannot be merged by location?
4
QGIS project crashes when project CRS is changed and all layers are activated
1
how do I join spatially polygons to polygons, creating new rows as required?
1
Can't join attributes by location between 2 polygon layers in QGIS 2.18