I love using nvector recipes that I find but I've only developed limited code on my own. I need some help for some GNSS data I'm trying to manipulate.

Here are example sentences from the receiver:

The PNVGBLS message is proprietary:

The antennas are mounted on tractor as shown here: 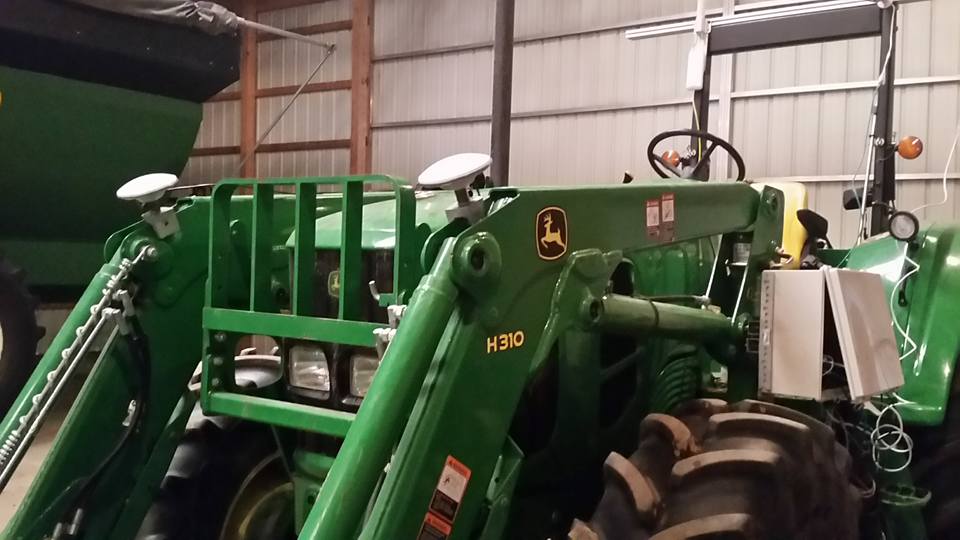 (The loader is raised during operation so that the antennas are parallel to the ground.) The tractor is now pointed almost directly North, so I believe the primary antenna is on the left.

First I want to be able to calculate the position of the second antenna. This should be a simple GeoPoint + Pvector operation, right? Here's some very bad code to start:

I want to be as precise as possible given the data but I am fairly sure that if I can figure out some code I will miss something. Even if it looks right, I'm likely to introduce some error because I don't understand the calculations well.

Browse other questions tagged python gps or ask your own question.