I am using the Kernel Density tool in ArcGIS Desktop 10.4.1 to visualize population density around two metro area transit lines. According to ESRI: "The Kernel Density tool uses an algorithm to calculate density of point features around each neighborhood. The algorithm determines the default search radius (bandwidth), which allows for better weighting of highly dense points and smoother outputs. The following ArcGIS Help document, How Kernel Density works, further describes the tool." - source

The metro areas are Portland, OR and Charlotte, NC.

The tool input is a census tract shapefile joined with a population data table.

The resulting raster has the same boundary as a tract shapefile for one metro but is just a rectangle for other.

Any ideas what could cause this? 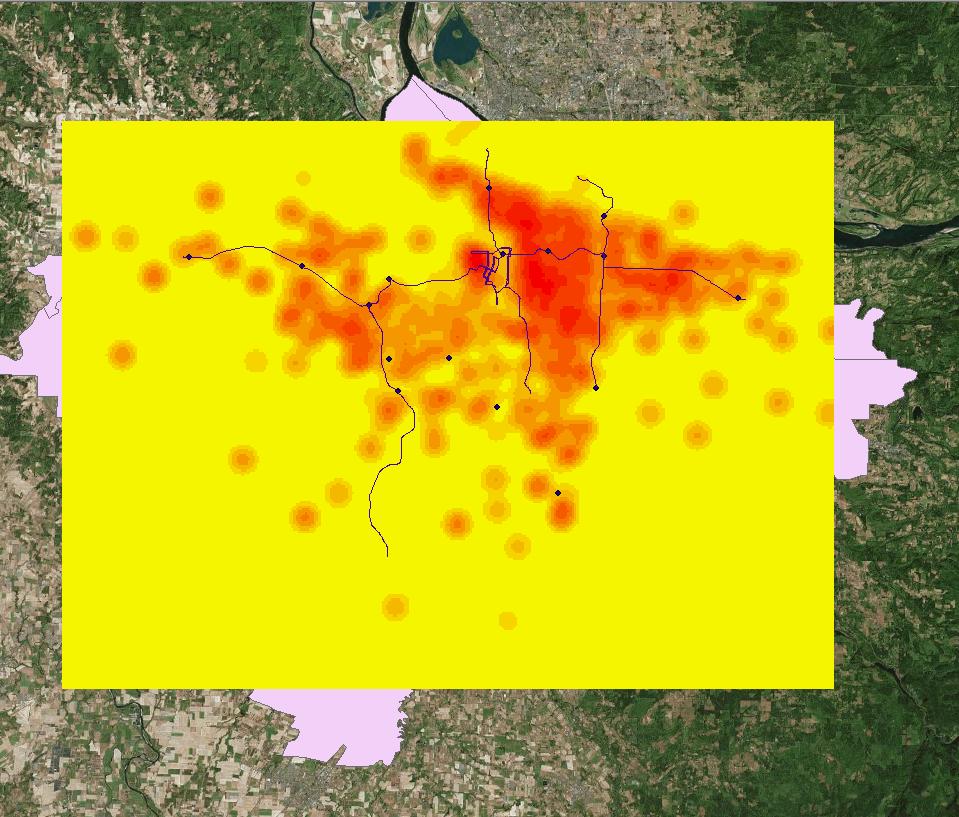 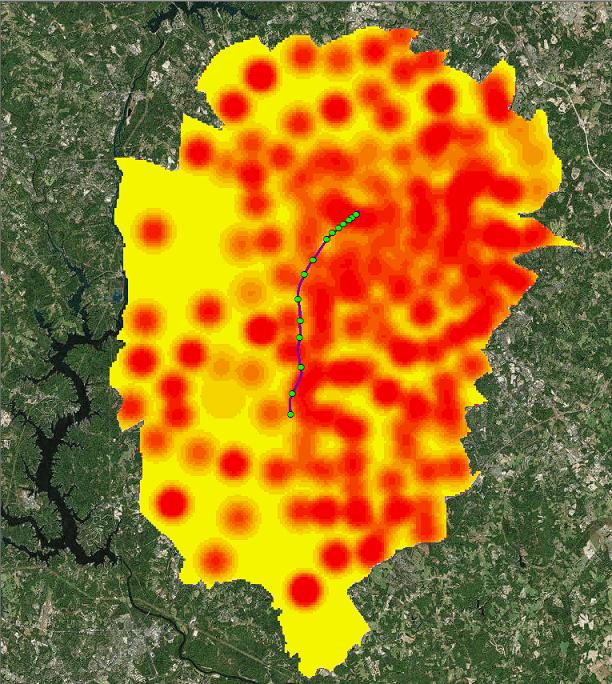