The number of decimal places can be set in ArcGIS desktop as shown in the screenshot. 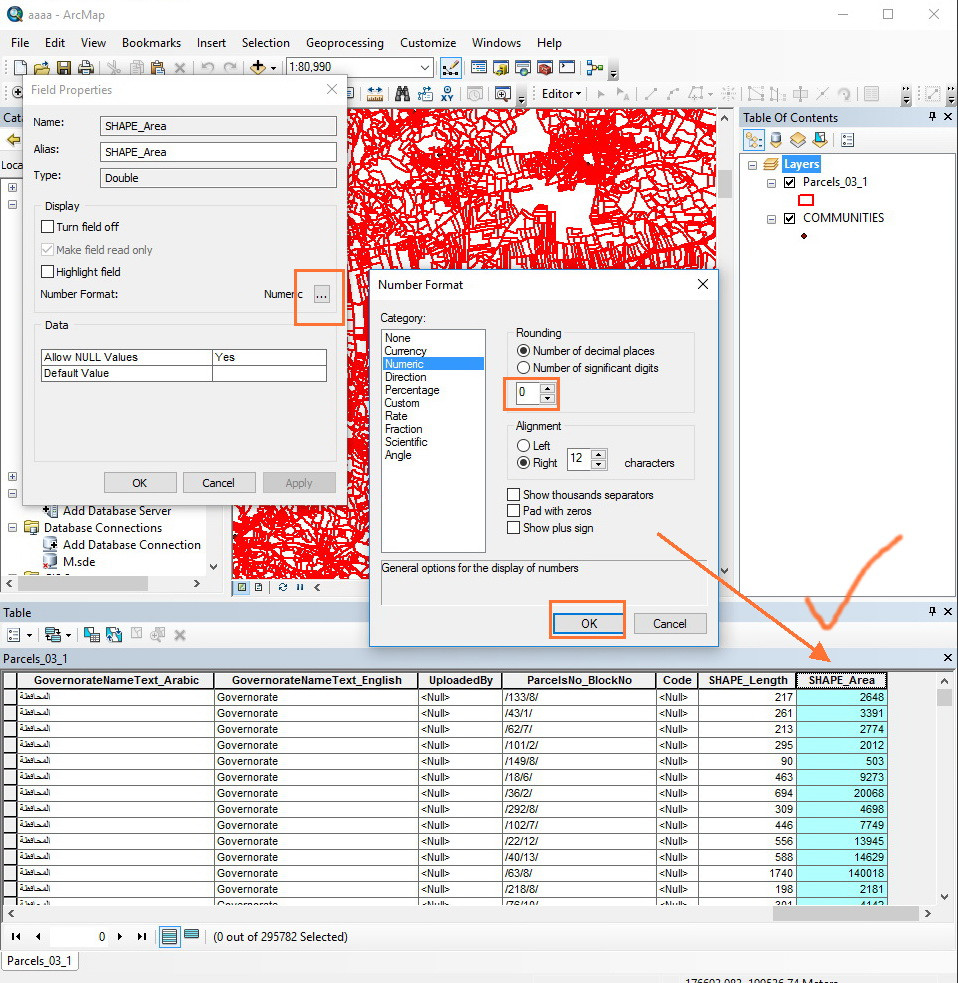 However, ArcGIS server fails to do this. 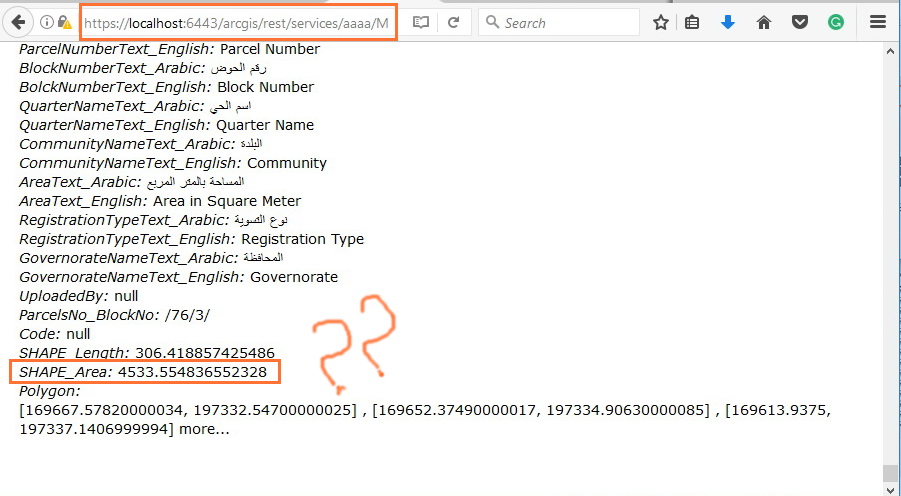 What could be the issue here? How can I reflect the displayed digital places from the desktop to the server?

I would say this display is a property of a Layer object and not a Feature Class, so if you are displaying data direct from a Feature Class in ArcServer then it is not surprising that you are seeing the full number of decimal places. You need to be viewing a Layer object from ArcServer if you want to impose a restriction on the number of decimal places. I don't use ArcServer so I leave that to someone else to answer.

The Number format is reflected on ArcGIS Desktop because it is converting the value from original column SHAPE_AREA but ArcGIS Server shows the raw data without applying any settings. My suggestion is to create a new field in same layer and use the Field Calculator to add the processed value.

Not the answer you're looking for? Browse other questions tagged arcgis-desktop arcmap arcgis-server or ask your own question.

3
ArcGIS Server 10 not publishing map services
6
How to remove decimal places from currency formatting in ArcGIS?
0
Connecting from ArcGIS Desktop to virtual machine's ArcGIS Server?
1
Geocoding in ArcGIS desktop and use the shapefile in ArcGIS Online
1
ArcGIS Server 10.2: Could not connect to the Map Server
1
Verifying that account used to set up ArcGIS server can connect to server?
1
Generating Tokens after ArcGIS Server upgrade?
0
ArcGIS Pro published layer not picking correct display field
1
Line Fill Symbol is not shown on legend in ArcGIS Server print service