Create an action in QGIS 2.18 to show image? [duplicate]

I am trying to create an action for a Shapefile layer that will display an image when any of its three polygons are clicked.

I have added an "image" field to the layer's attribute table, and changed it to "File Name" type, so that each of the layer's polygons has an image associated with it.

I then went to layer properties > actions and created the action as shown in the screenshot below. 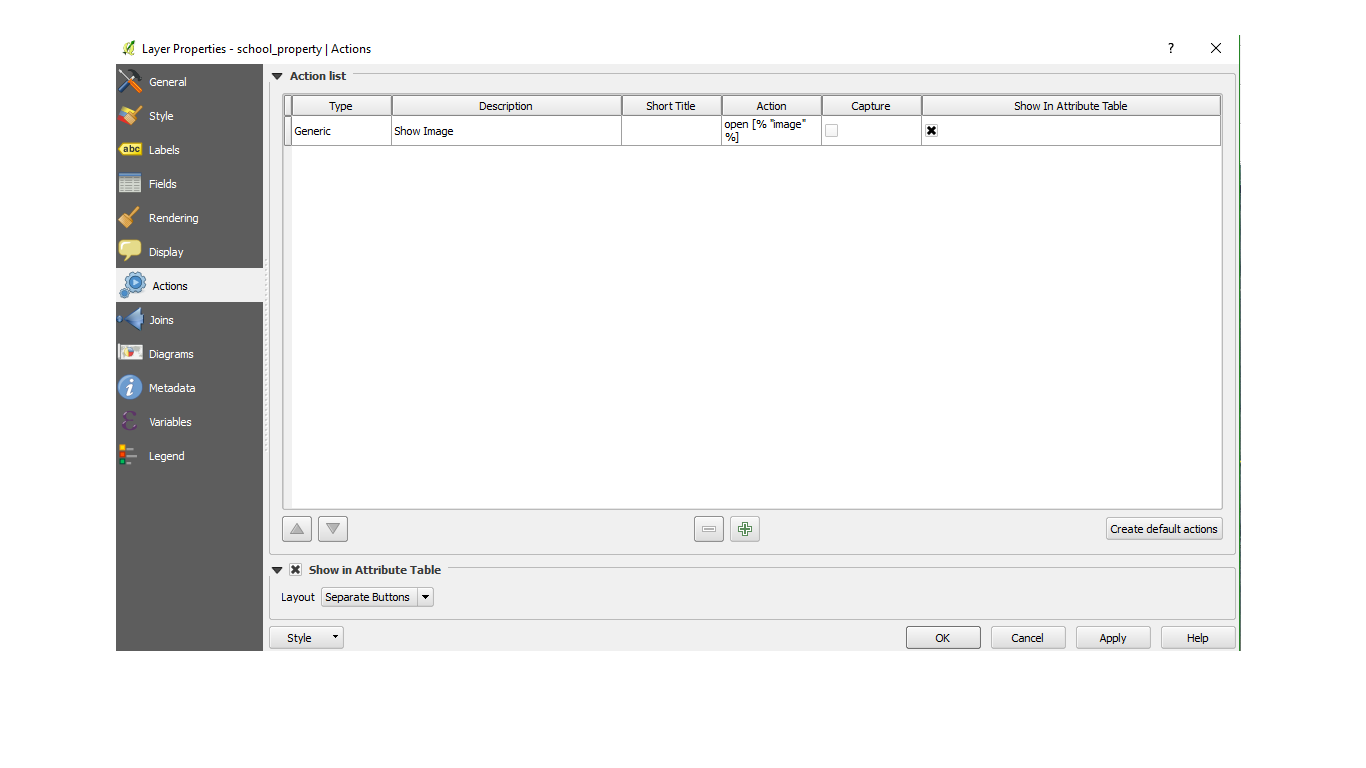 But when I tried to click on one of the layer's polygons, I got the following error:

From your image, change the Type from Generic to Open.

This should open the url path and if it points to an image file, it should load the file into an image editor.