I'm trying to reduce the amount of physical field pickup for a feature survey plan by flying the property, tracing over the point-cloud and exporting the linework out as a DXF so I can edit it in my CAD software (12D model, not a huge following for it's drafting ability, very good for survey work though)

I've been able to do the following;

I can import it in fine, 2D sits fine, but there is no height attached. I am, probably naively, thinking that since I'm tracing over the DEM then there should be z-values attached but obviously there isn't.

Is there something I'm missing out on?

I found the way to do this in QGIS. The tool is in GRASS commands, and is called v.drape. I tested it out, and when I view details about the geometry, it the output is a line that has Z values.

I also tested the output by calculating the z geometry into the attribute table, as described here. The calculated z values matched when I identify the raster cells at the same location. 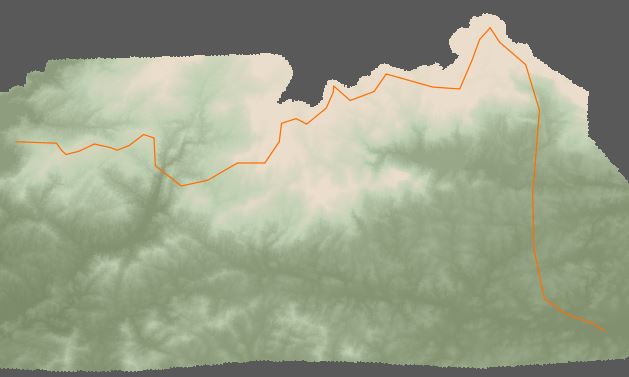 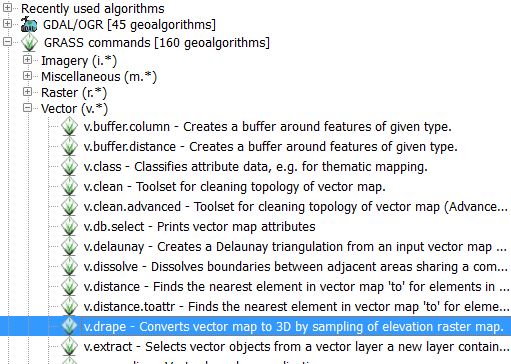 Not the answer you're looking for? Browse other questions tagged qgis line 3d or ask your own question.

0
Import DEM into PostGIS for QGIS
1
How do I assign elevation labels to a custom set of points in QGIS?
2
Exporting from QGIS to ACAD DXF as Linework
2
DXF Import QGIS: Text Components
2
Exporting shapefile layer to KML and CRS specification in QGIS
2
Creating lines from raw survey data in CSV-file