I have a city that I would like to divide up by its streets with the end result being polygons that are the blocks divided by its streets. In the original data that I have, the city boundary should be the outside boundary. It is a polygon. The city should be divided up by its streets. I have those in two files, I could use either - one is the road right of way which leaves space for the streets, the other is the road centerlines. Those are polylines.

Again, what I would like to do is subdivide the city into blocks. I have tried Union and then polygonize, which yielded an error message. When I checked the geometry the entire boundary came up invalid. When I try to convert lines to polygons, almost the entire city disappears leaving only a couple of blocks.

Here is an image of the boundary with the road centerlines. 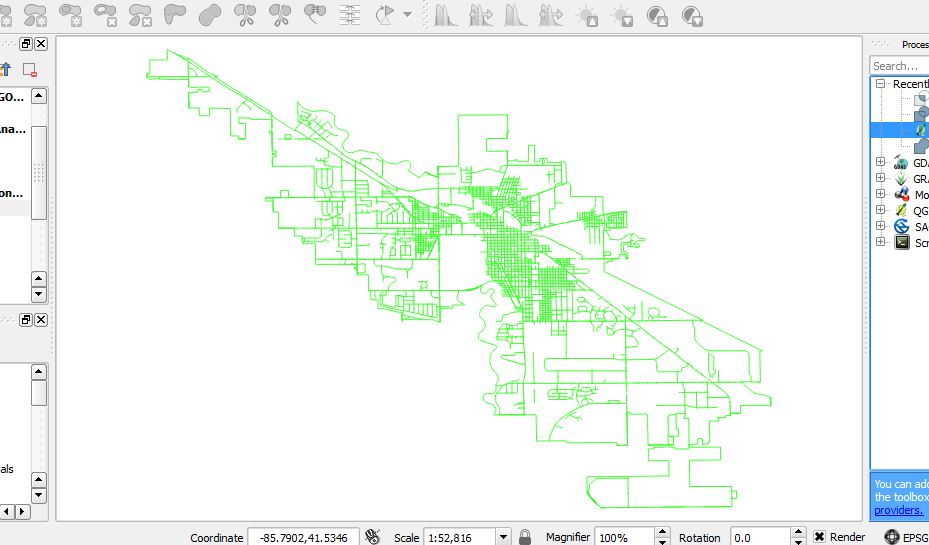 And here is a conceptual image (not from GIS, only for illustration). In the concept image, the thick blue line would be the polygon corporate boundary and the thin orange lines the road centerlines/rights of way. 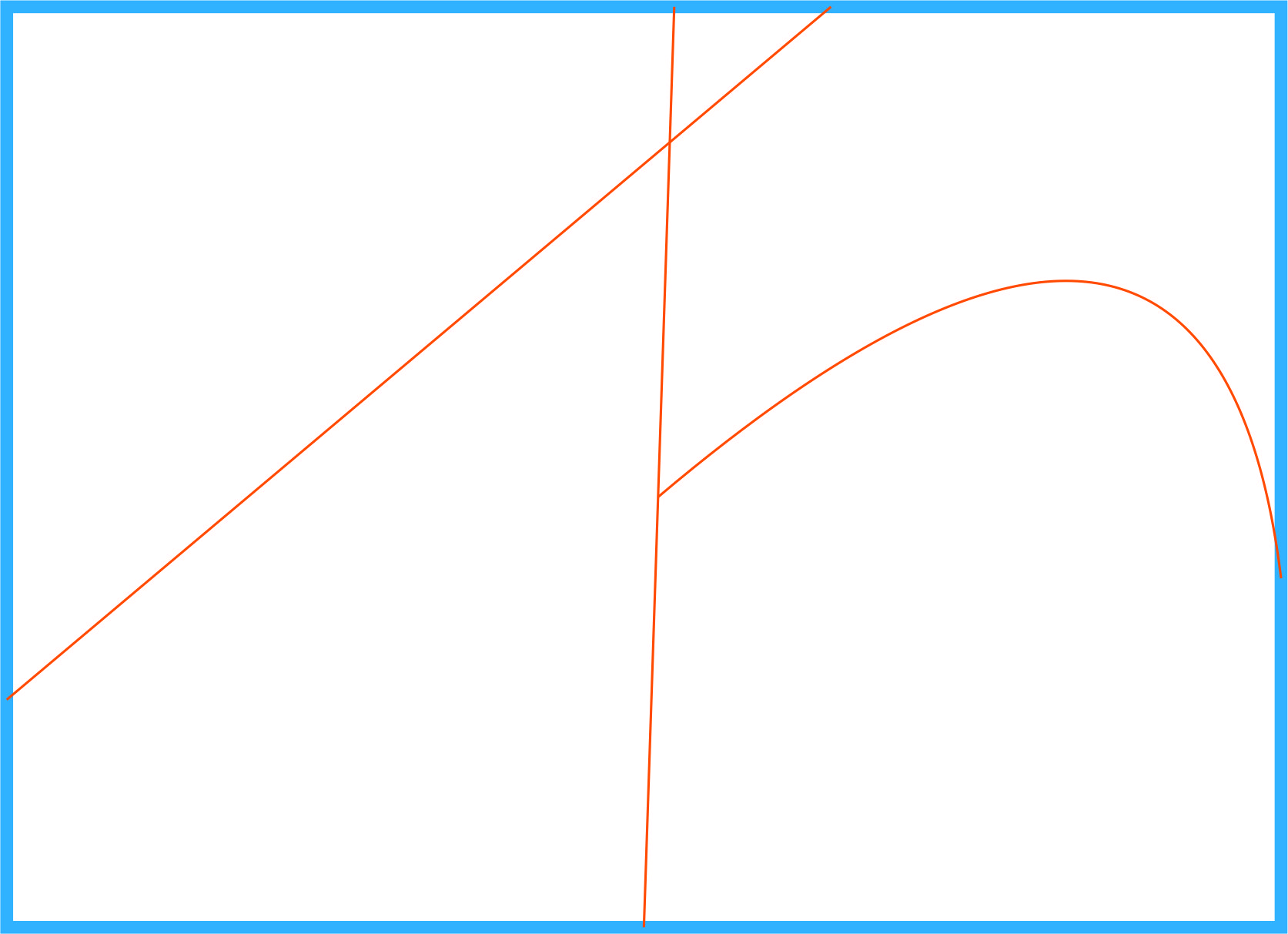 What I would like to do is to merge the geometries so that each subdivided segment is its own polygon. In other words, in the end there would be five polygons from the conceptual image.

Just to be clear I want the result to be polygons not polylines.

you can do this with the SAGA algorithm called Polygon-line intersection, available via Processing (tested in QGIS 2.18)

Here's an example where I've digitized a polygon and a set of lines... 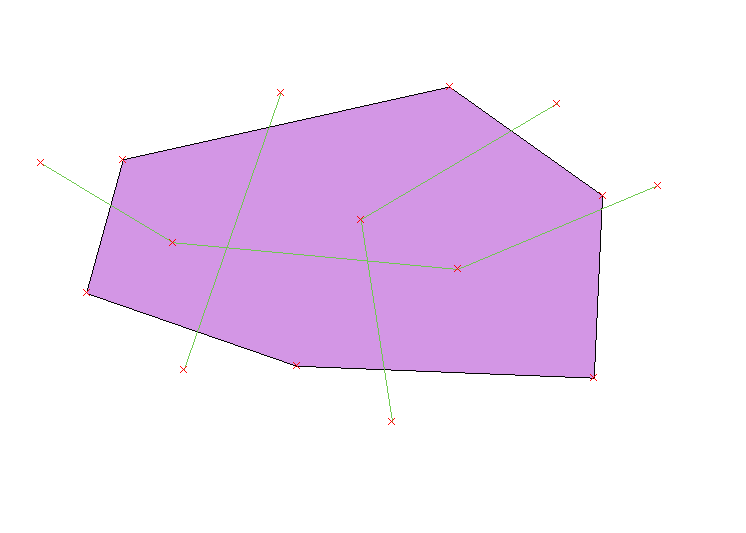 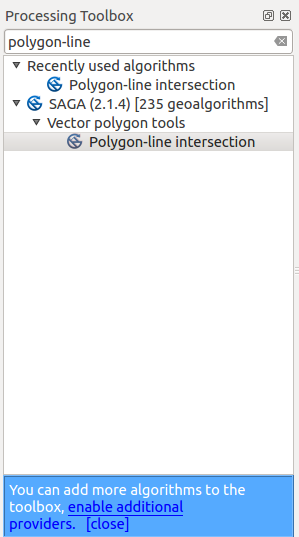 end result is the polygon layer, split into chunks by the lines:- 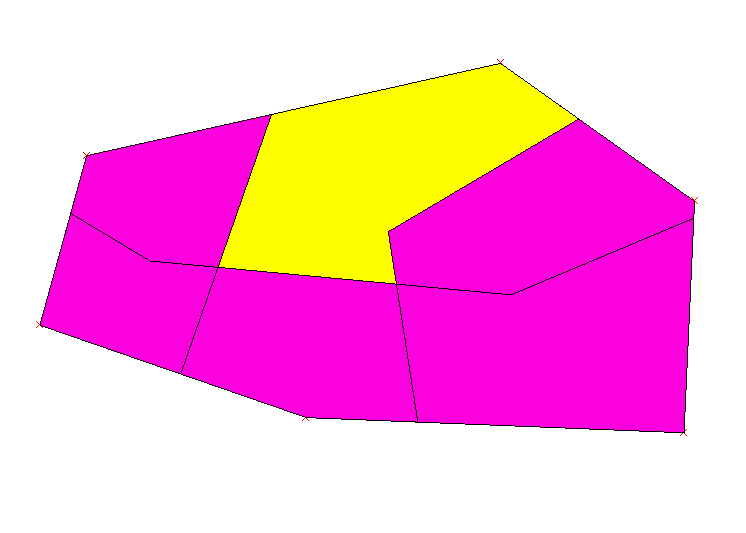 Not the answer you're looking for? Browse other questions tagged qgis geometry splitting or ask your own question.

1
How to row differents column with QGIS?
2
QGIS Print Composer: How can I get the sum of the canopy areas that are displayed on the map?
1
Union yielding empty shapefile in QGIS
4
Changing projection and doing intersection in QGIS?
3
Join touching lines in QGIS
1
QGIS: Joining data from multiple road lines onto polygons by location