Spacing/arranging multiple labels along a perimeter?

Using QGIS's permimeter-based labeling, what is the best way to arrange multiple different labels along a line so that they are visually spaced apart, instead of clustering together? 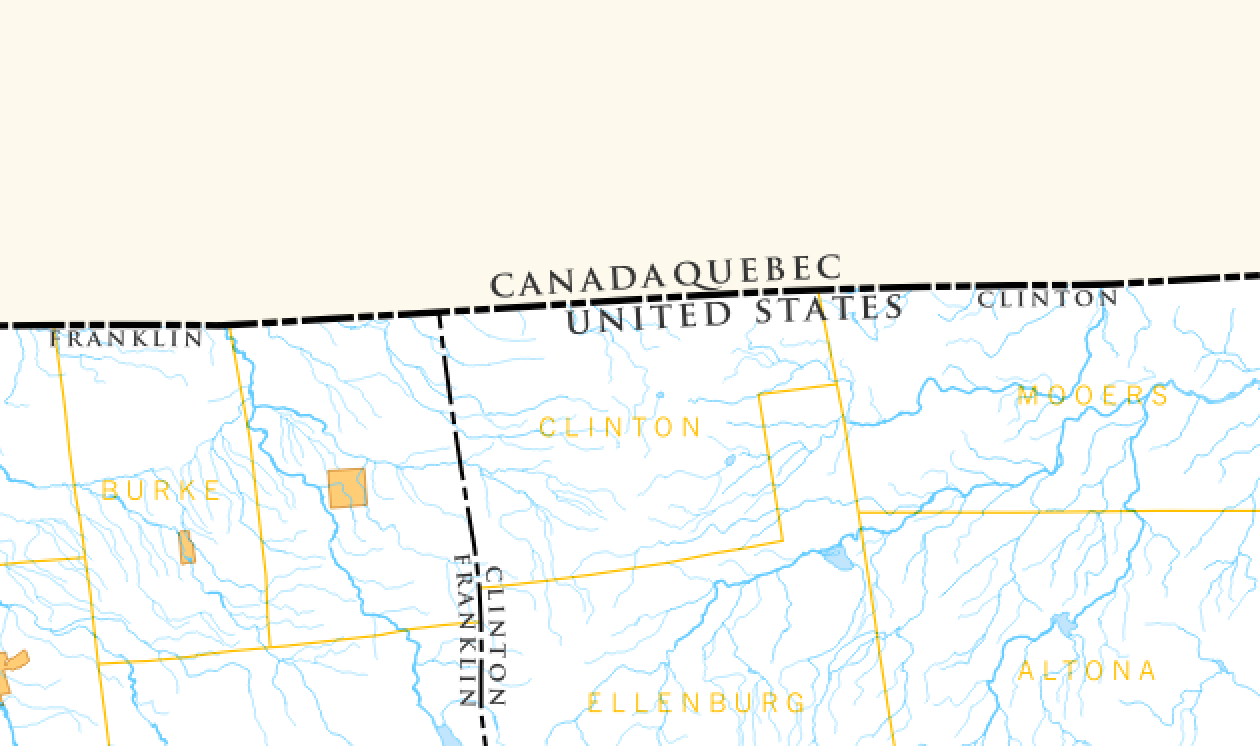 In my example, I am labeling the border between the USA and Canada, so I have a separate label for each nation, one placed above and one below the line (or left and right, depending on orientation); these should appear in pairs. I also have labels for the province above the line and the county below it; these don't have to be paired (and I don't need a label for the state below the line).

The county labels are always a separate layer. For the other labels, I've tried:

All of these produce similar results, where the labels for US/Canada are bunched together with the province or county label. How can I get the different labels to appear a good distance apart using perimeter labeling?

qgis labeling
Share
Improve this question
edited May 3 '17 at 21:48

This is a solution I found to be partially successful:

Here, the nation labels are in one layer and the province labels in another. In the province layer, I've split the line into segments at each intersecting county boundary (the "Clinton/Franklin" line in this image). In the nation layer, I've split the line at the mid-point of each province segment, but not at the county boundary. This way, the entire line is covered by alternating, but also overlapping, segments. QGIS tends to choose different labeling points for these segments; it's not perfect, but much better. For the nation labels, I've also set the maximum number of labels displayed to 1 so that the same names do not repeat.

Disadvantages to this method are:

If I have understood, you don't mind the pairing of the labels but want to avoid bunching where you have country and province labels. To avoid this, you can put the country labels in one layer and the provinces in another. In the country layer, set the labeling priority to max and use a little formula in the label to add white space either side of the name something like this:

This will force the province labels to avoid the country labels by at least the amount of white space you add either side. Yes, this is crude, but can be fairly effective.

2
How to align labels using Label toolbar?
4
Lower the level of a label in QGIS
6
How to label a lot of nearby points?
1
Converting “show labels for this layer” into “rule based labeling” in QGIS?
8
Place label along line near start and end of line in QGIS