I am trying to build a base map for North America with political boundaries, lakes&rivers, ecoregions, and oceans in QGIS. I can retrieve shapefiles from opensource websites that provide the data that I want but they are in different projections and aren't displayed correctly (below is the image of the map when the files are imported directly as is to the map).

The North American data are in US National equal area (ESPG 2163) and the ocean shapefile is in WSG 84. The current map projection is ESPG 2163 (which is better than WSG 84 at my map extent). 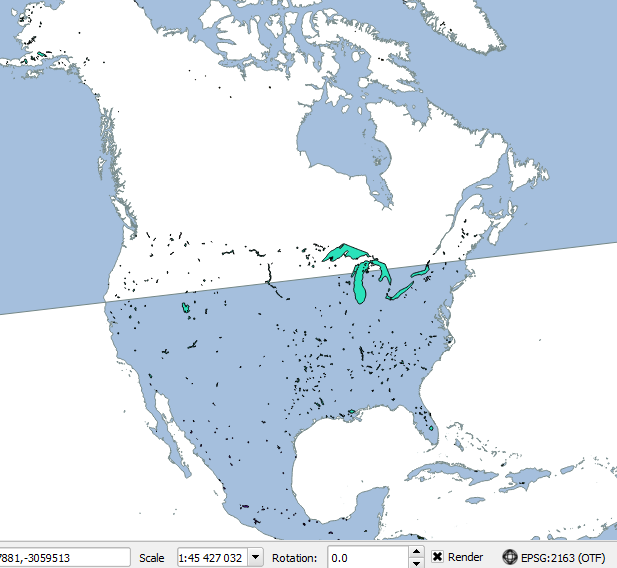 qgis coordinate-system
Share
Improve this question
edited May 4 '17 at 17:23

I think iant touched on the problem... artifacts like this are often down to features crossing the "dateline" (or more correctly, the antimeridian, 180W/E). I find this is the case in some (but not all) of the Natural Earth shapefiles, for instance. When a line crosses this meridian, the end result is usually a line that cuts across the map.

I'd suggest using ogr2ogr with the -wrapdateline option to create new shapefiles clipped to the bounding box of WGS84. Then try projecting (or using OTF projection) to your new projection, and see if that improves things.

ogr2ogr is a command line tool. As far as i know it's installed alongside QGIS. You should be able to run it from a terminal window (linux/mac) or osgeo4w shell (windows). The manual page includes an example (near the bottom)

something like this should work. Confusingly, you put the output filename first. Gets me every time ;-)

There seems to be a consensus that the issue lies in the ocean shapefile from Natural Earth. As an alternative, the Water Polygons from openstreetmapdata.com work fine. (I searched for other ocean shapefiles after it was clear it was the shapefile causing issues). I prefer the 22MB shapefile ("Simplified polygons, use for zoom level 0-9") because it is faster to load and the other shapefile ("Large polygons are split", 437MB) is composed of many small polygons and slow to load. 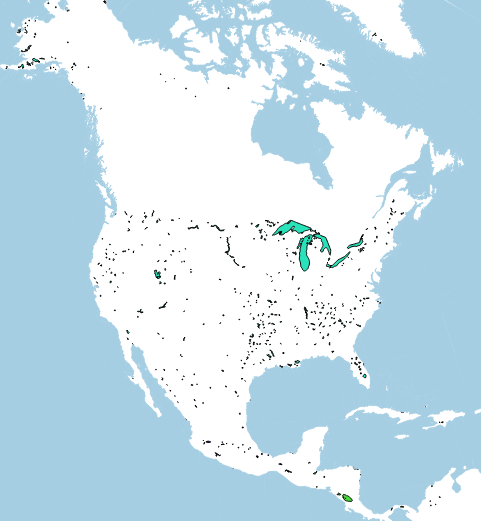 There definitely seems to be some mathematical instability regarding the Oceans polygons and that projection (and others).

The quick and easy answer is to use project properties to change the background color to blue. 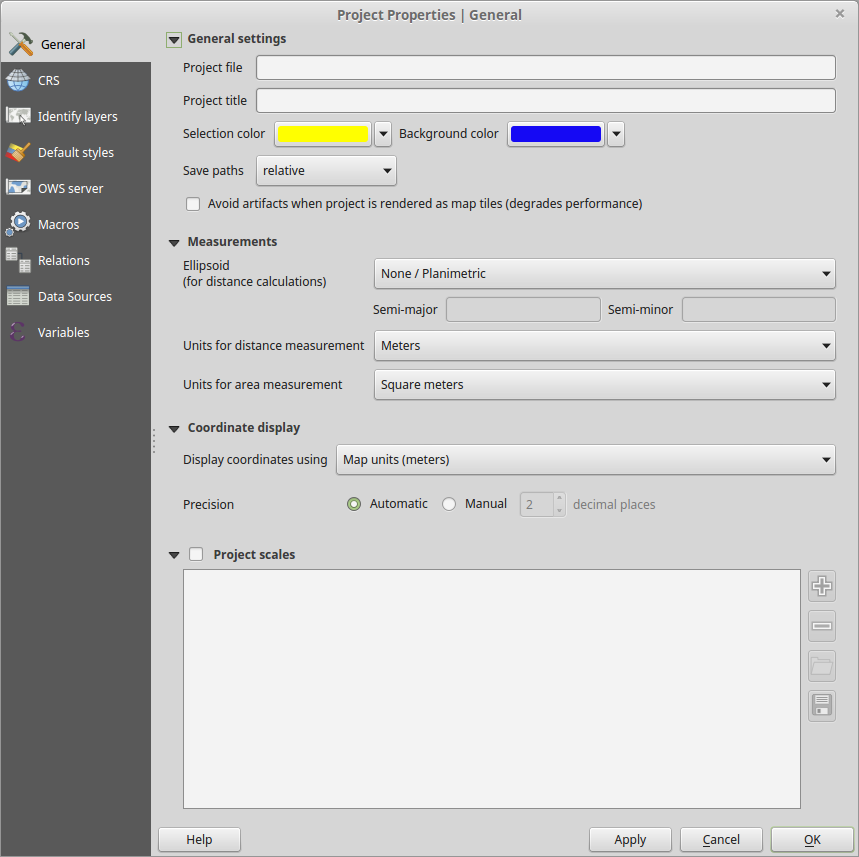