I wish to know if there's a tool on QGIS equivalent to the Excel's "SUMIF".

I have a shapefile of a land use and cover that's classified by the attribute with the name of the classes, for example: "vegetation", "urban centers" and "pastures". My goal is to calculate the area of each class, but since it's composed by various polygons, I need to add up all the areas from all polygons that were put in the same class.

Like I mentioned in the beginning of the question, I know that Excel has a function that can do such thing for me, but it turns out that the sum made by excel doesn't match the area's total given by QGIS.

English is not my first language, so if the explanation isn't clear enough, I'll be glad to rephrase it.

Using QGIS 2.18.7, In the Processing Toolbox you need but to search "Statistics by categories" and you fill find a tool that calculates vector table tools.

I have created a teamporary shapefile for an example and created four polygons, two "Pastures" and to "Urban" and gave them both a random value. Then I ran the statistics by categories tool. 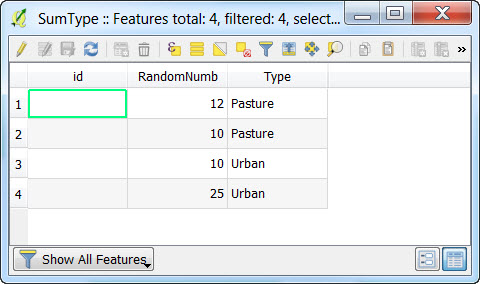 The parameters look like this: in which you input the vector layer, chose the field you want your calculations to be on (for you, this will be the layer area) and chose the field with the categories, so the type of polygon. 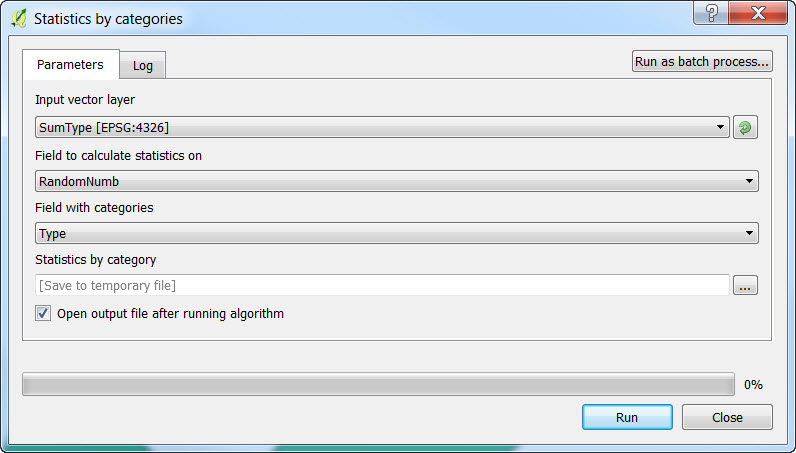 And the final result will be a statistics table resembling something like this:

Not the answer you're looking for? Browse other questions tagged qgis excel expression or ask your own question.

2
Sum the area of buildings inside a block (QGIS)